Accessibility links
First Listen: Mount Eerie, 'Clear Moon' In a hypnotically beautiful album about life, solitude and mortality, Phil Elverum ruminates on nature as a means to tangibly address his own life in his experimental folk and ambient black metal. 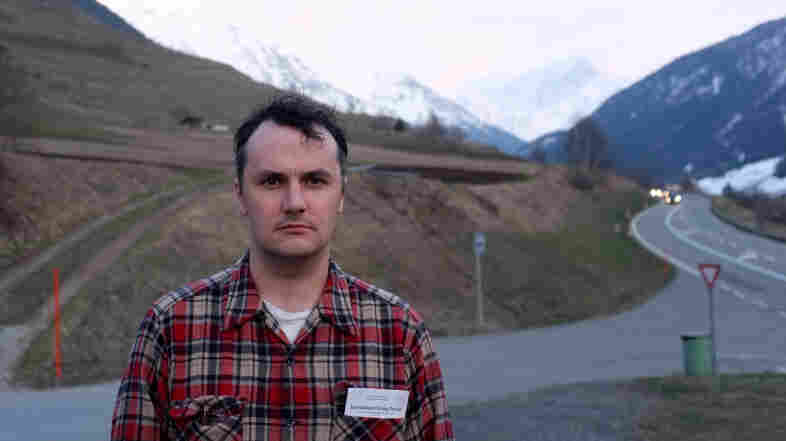 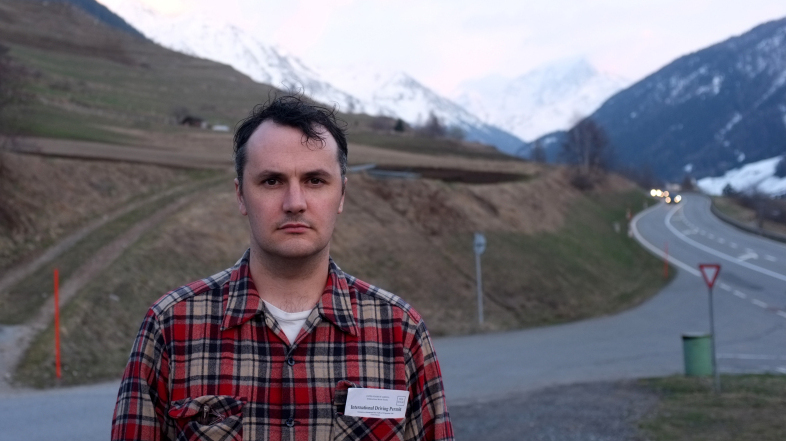 As the driving figure behind The Microphones and Mount Eerie, Phil Elverum has long ruminated on nature, on sense of place, and on making that place a character as a means of tangibly addressing his own life. As such, the transportive music of Mount Eerie is rich in atmosphere and imagery of elemental forces commingling; anything can be a muse for his songs, from the moon and wind to mountains and cloudy skies.

Elverum comes across like a curious spirit, someone who searches for and cares deeply about many means of expression — be it in his songwriting, his albums' artful packaging, his own record label P.W. Elverum & Sun, Ltd., or even making books. (Mount Eerie's 2008 collection Dawn paired music with a 144-page hardcover journal from a trip to Norway.) With 2009's masterful Wind's Poem, Mount Eerie incorporated black-metal influences into Elverum's experimental folk songs, and the result was a loud collection of songs that burst with distortion and droning noise while seething and buckling underneath his plainly sung devotionals.

With Clear Moon — the first of two new albums he'll release in 2012, followed this fall by Ocean's Roar — Mount Eerie has crafted something equally ambitious. Recorded in his recently established de-sanctified church turned recording studio, The Unknown in Anacortes, Wash., Clear Moon is an immersive, sprawling album that finds common ground in folk, ominous chamber music, electronics and, again, ambient metal tonalities. As with Wind's Poem, Mount Eerie isn't trying to re-create or water down his influences — particularly bands like Menace Ruine and Wolves in the Throne Room — so much as he's collecting the feel of these sometimes-disparate styles within his songs.

Murky and beguiling, Clear Moon is remarkably consistent. Amid hypnotic waves of synthesizers, creaky acoustic guitars and feedback barely held at bay, Elverum's understated vocals ease to the surface with his unmistakable laconic delivery. His voice sounds especially great when joined by female vocalists — Allyson Foster in "Through the Trees Pt. 2" and "The Place I Live" and Ô Paon's Geneviève Castrée in "Over Dark Water." In the latter song, he straddles the line between beauty and dissonance, as the song starts with a thick sweep of distortion and haunting vocals before giving way to chaotic rolls of drums and cacophony; the result hits like a shot of rock salt to the heart.

Still, this is all just a tonal backdrop to Mount Eerie's lyrical themes. His language is direct but always evocative in detailing nature's vastness and our insignificance compared to its unpredictable forces. There are frequent references to clouds and fog, almost as the embodiment of an altered consciousness — of dreams and perhaps depression. He also grapples with aging and mortality as he closely observes his surroundings; In "Through the Trees Pt. 2," he sings, "Misunderstood and disillusioned, I go on describing this place and the way it feels to live and die."

Elsewhere, Elverum references feelings of stagnation and drifting as the world changes around him: In "The Place Lives," he sings, "I've stayed here long enough, moss has started to grow." Again, in the similarly titled "The Place I Live," he says, "If I look or if I don't look, clouds are always passing over the place I live."

Together, the music and words of Mount Eerie can take listeners to predictably dark places. But it's a lovely sort of darkness that seems to ponder big questions, meditating on solitude and ultimately trying to find peace in a quiet life. In another key line from "Through the Trees Pt. 2," Elverum delivers what seems to be Clear Moon's mission statement: "I meant all my songs not as a picture of the woods, but just to remind myself that I briefly live." It's a tremendous summation of these excellent songs, which have much to reveal as they slowly unravel.