Accessibility links
First Listen: Saint Vitus, 'Lillie: F-65' These lifers still unleash the slow-mo headbang of a thousand metalheads on their first album together in 17 years. For a life-unaffirming album appropriately named after a downer, Lillie: F-65 should be swallowed whole. 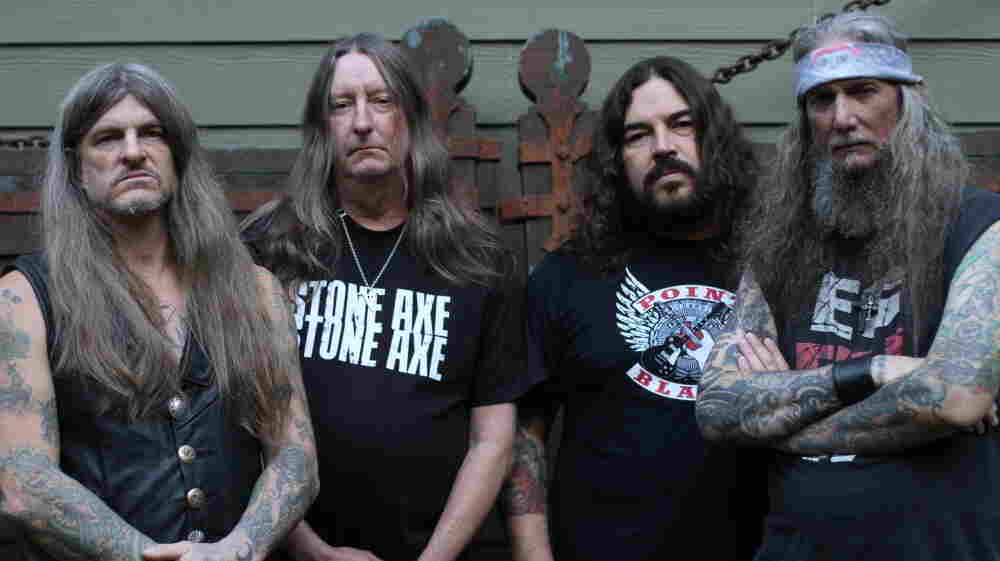 Saint Vitus unleashes the slow-mo headbang of a thousand metalheads on its first album in 17 years. Lillie: F-65 comes out May 22. Audry Jarrett hide caption 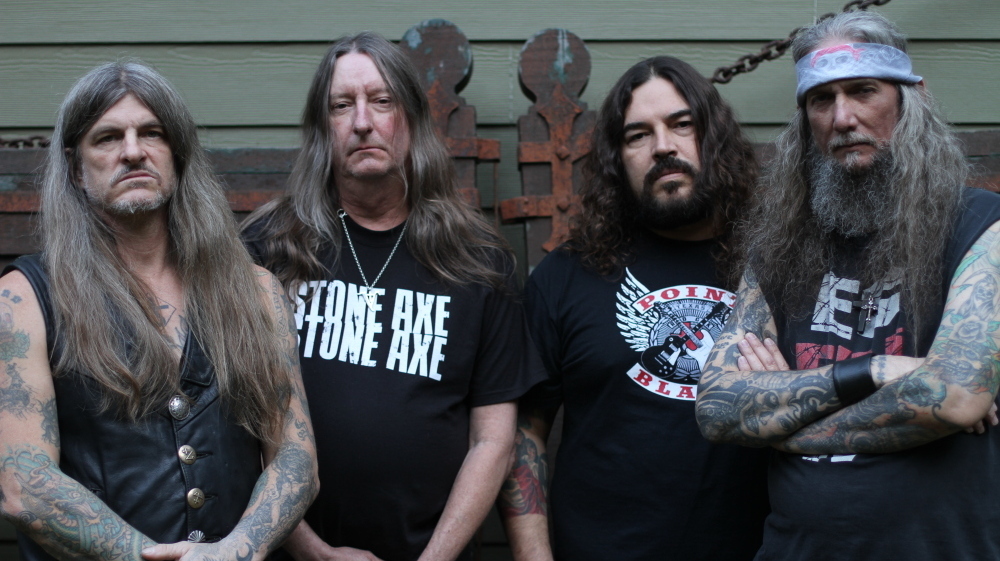 Saint Vitus unleashes the slow-mo headbang of a thousand metalheads on its first album in 17 years. Lillie: F-65 comes out May 22.

As Ozzy Osbourne barked at the moon and the Dio-fronted Black Sabbath addressed dragons instead of cocaine-fueled paranoia, it was up to a handful of bands to uphold the doom-metal tradition in the early 1980s. From Sweden, Candlemass' majestic doom was downright operatic, as Great Britain's Witchfinder General stayed true to the monotone Sabbath sound. From America, there was the more psychedelic and Christian-themed Trouble, the awesome-but-troubled Pentagram and, most importantly, Saint Vitus. In Saint Vitus, there is an eternity of despair, bottomless boredom and muddy guitar fuzz that, to this day, has never been duplicated. On May 22, for the first time in 17 years, Saint Vitus will release a new album, Lillie: F-65, and it shows what 30-some years of experience and pain can do for a band of lifers.

Saint Vitus' return to touring in 2008 came at a great time. By then, young metalheads had discovered doom metal by way of its then-dronier counterparts in Boris and Sunn O))), and besides, old metalheads never really let go. (There's a reason they're called "lifers.") It's not like Saint Vitus' most noted vocalist, Scott "Wino" Weinrich, needed Saint Vitus to come back — his long discography reads like Chapter 1 of A Beginner's Guide to Metal, with stints in The Obsessed, Hidden Hand and Spirit Caravan, to name a few. Talking to U.K. metal magazine Terrorizer, Wino recently explained why Saint Vitus continues to resonate.

"Because it comes from the gut," he says. "The music has that low tone, and it hits you in those emotional places. I've always tried to make the lyrics just as interesting as the music. It's always been a little bit dark, but I'm not drawn to the happy stuff. I like music that grabs you by the balls."

If only metaphorically speaking, Lillie: F-65 grabs you by the balls. "Let Them Fall" gets the doom started with a chugging, power-chord-based groover about the extinction of mankind. You know, the everyday. But it's in "The Bleeding Ground" that founder and guitarist Dave Chandler lets loose his riff horse, unleashing the slow-mo headbang of a thousand metalheads. It's every bit as classic Vitus as "Born Too Late," with two nasty-fried solos to boot. But unlike "Born Too Late" and much of the band's muddily produced catalog, the songs and the mix here are wide open, allowing for subtle experimentation. "Vertigo," in all its instrumental Ebow-ing glory, demands more than an interlude, but it's hard to argue with the vibe it sets for the feedback intro to the raging "Blessed Night."

Chandler's minute-long feedback squall toward the end of "Dependence" — not to mention the one that makes up the entirety of the album's closer, "Withdrawal" — serves as an unexpected and welcome addition to Saint Vitus' otherwise straightforwardly plodding doom. In just 33 minutes, such noodly amp worship might seem like filler. But, for a life-unaffirming album appropriately named after a downer, Lillie: F-65 should be swallowed whole.