Accessibility links
Lack Of Support Puts The Brakes On High-Speed Rail The first high-speed Amtrak trains outside of the Northeast Corridor are racing through parts of Michigan at 110 mph. But President Obama's ambitious high-speed rail initiative is otherwise in a slowdown mode, since lawmakers and some governors have not embraced the program. 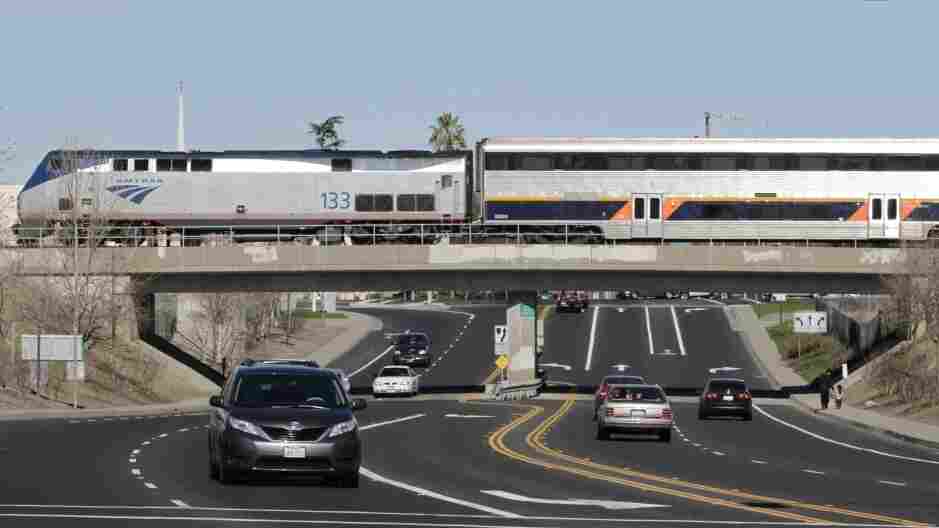 California's Legislative Analyst's Office said the latest proposal to build a $68.4 billion high-speed train system is still too vague and the state legislature should not approve funding it for it this year. Rich Pedroncelli/AP hide caption 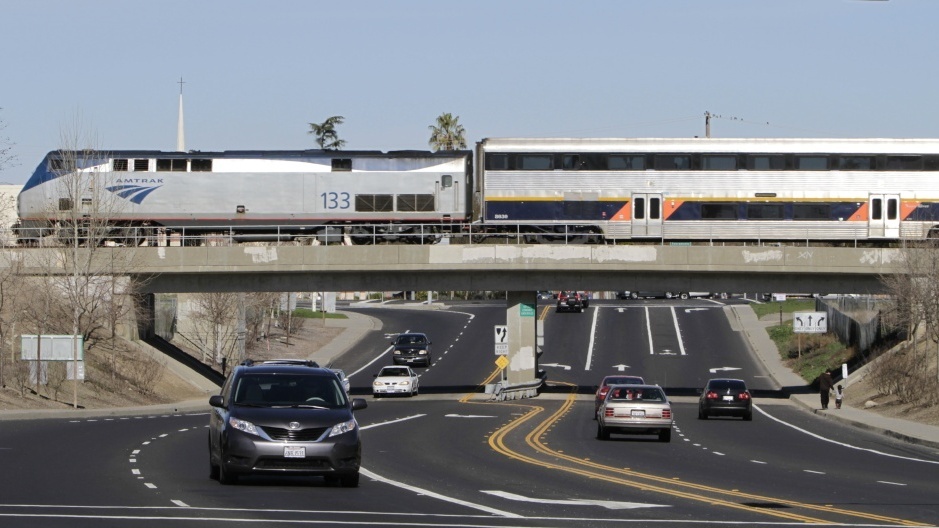 California's Legislative Analyst's Office said the latest proposal to build a $68.4 billion high-speed train system is still too vague and the state legislature should not approve funding it for it this year.

Three years ago, President Obama was rolling out an ambitious vision for high-speed rail in America. "Imagine whisking through towns at speeds over 100 mph," the president said at the time.

Today, there are a few Amtrak trains going that fast, but for the most part, the president's plans for high-speed trains have slowed considerably.

On Amtrak's Wolverine service, which goes from Chicago to Ann Arbor, Mich., and then to Detroit and Pontiac, Mich., the train reaches speeds of up to 110 mph. It's the fastest of any U.S. train outside the Northeast Corridor. It is quite a feat, even though the train is only able to go that fast over about a 90-mile portion of the trip.

"It's got to be viewed as only the beginning," says Joe Szabo, administrator of the Federal Railroad Administration. He says additional track and signal improvements are underway to help speed up trains throughout the Midwest.

That would reduce travel times on those routes to fewer than four hours, making the train faster than driving and competitive with flying, says Szabo.

Both the Michigan and Illinois routes are benefiting because other states have been turning down funding for high-speed rail funds.

Republican governors in Wisconsin, Ohio and Florida sent back hundreds of millions of dollars in stimulus funding. They argued that few people would ride the trains, which would leave their states on the hook for millions in operating subsidies.

So that makes Michigan's Republican Gov. Rick Snyder an outlier of sorts because he sees spending on high-speed rail as a wise investment.

"Our folks in Michigan are looking for it," says Michigan transportation director Kirk Steudle. "They're interested, they want to ride it; the ridership numbers are going up and it proves that passenger transportation is a very viable option in Michigan for the corridor between Detroit and Chicago."

Amtrak says it had a record number of riders nationwide last year. With gas prices still relatively high, the rail service is on track for another record year.

But it's hardly smooth sailing for fast trains in this country.

"Increasing top speeds to 110 mph does not necessarily make a high-speed rail service," says Ken Orski, a former top U.S. Department of Transportation official who now publishes a transportation newsletter. He says what really counts is the average speed over an entire trip, and that's where Amtrak has trouble.

Since most Amtrak trains run on freight railroad tracks, freight traffic backups often cause lengthy Amtrak delays. The poor condition of some stretches of leased track can slow passenger trains to just 20 to 25 mph until repairs can be made

"That is where the administration should have focused its efforts, rather than scatter $10 billion on some 140 projects in 32 states," Orski says.

That $10 billion mostly came from the stimulus package three years ago, and a big chunk of it went to California, which is developing a 200-mph, high-speed rail service between Los Angeles and San Francisco.

It's a project many experts say shows some promise, but its ballooning cost and planning problems lead some critics to call it the train to nowhere.

Congress has now put on the brakes on funding for high-speed rail, but high-speed rail advocates say if Amtrak can at least get enough funding to keep making improvements, that might whet the appetite for greater rail spending.