Accessibility links
Movie Review - 'Virginia' Milk writer Dustin Lance Black directs a swampy Southern melodrama about a single mother's affair with the married sheriff of a small Virginia town. Critic Scott Tobias says the film suffers from inconsistent direction that treats its characters with contempt and its place as caricature.

Down In 'Virginia,' Where The Crazy Runs Deep

Down In 'Virginia,' Where The Crazy Runs Deep 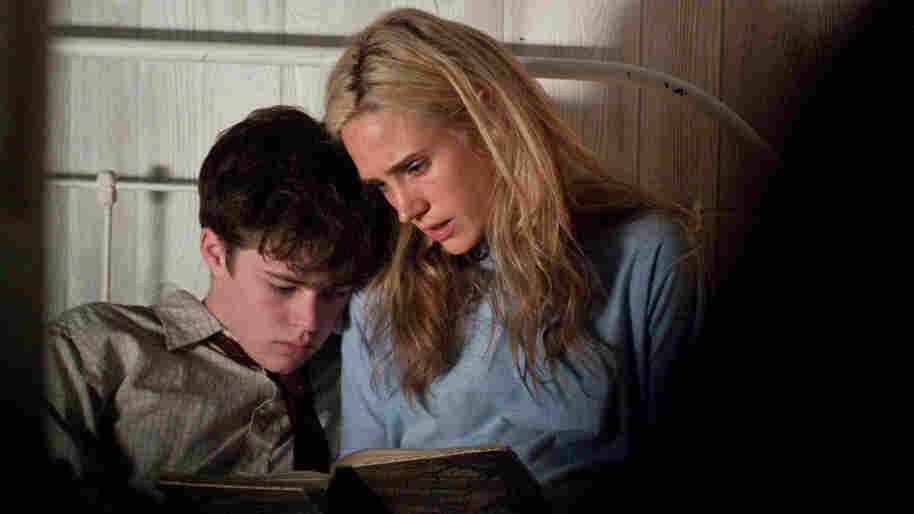 Single mother Virginina (Jennifer Connelly) reads with her son, Emmett (Harrison Gilbertson), who remains devoted to her even when her ill-advised affair with the married sheriff of their small Virginia town puts pressure on her family. Entertainment One hide caption

Dustin Lance Black, the writer-director of the swampy Southern melodrama Virginia, won an Oscar for his script for Milk, but his new film has more in common with the three seasons he served as a writer, story editor and producer for the HBO series Big Love.

Though beautifully acted and compelling as soap opera, Big Love suffered from tonal schizophrenia: At times, it was a serious and often insightful study of a Utah family attempting to reconcile old-school values — including plural marriage — with the corrupting forces of modern-day suburbia. At others, it was merely cartoonish, especially when it ventured onto a dusty compound populated by bickering grotesques.

Virginia — released in a new cut and with an abbreviated title, after a quiet premiere at last year's Toronto Film Festival under the more appropriately florid banner What's Wrong With Virginia — struggles with the same competing impulses as Big Love, though it's not nearly as seductive.

Black shows little but contempt for the small-minded denizens of Oceana, Va., a beachside hick town rife with hypocrisy and dirty little secrets, including a whopper involving a Mormon sheriff in a long-standing S&M affair with a half-crazy Southern belle.

He extends the bulk of his sympathy toward that belle and her misfit son, who can't get out of Oceana fast enough. As the eponymous character, Jennifer Connelly holds nothing back, playing a kooky single mother whose mistakes have done little to repel her son's devotion.

For years, Virginia has been sleeping with Sheriff Richard Tipton (Ed Harris) — for long enough, in fact, that her teenage son Emmett (Harrison Gilbertson) is forbidden from dating Tipton's daughter (Emma Roberts) for fear they might be half-siblings. When the affair threatens Tipton's ambition to run for state senator, Virginia tries to keep him on the hook by faking a pregnancy, and things only get weirder from there. 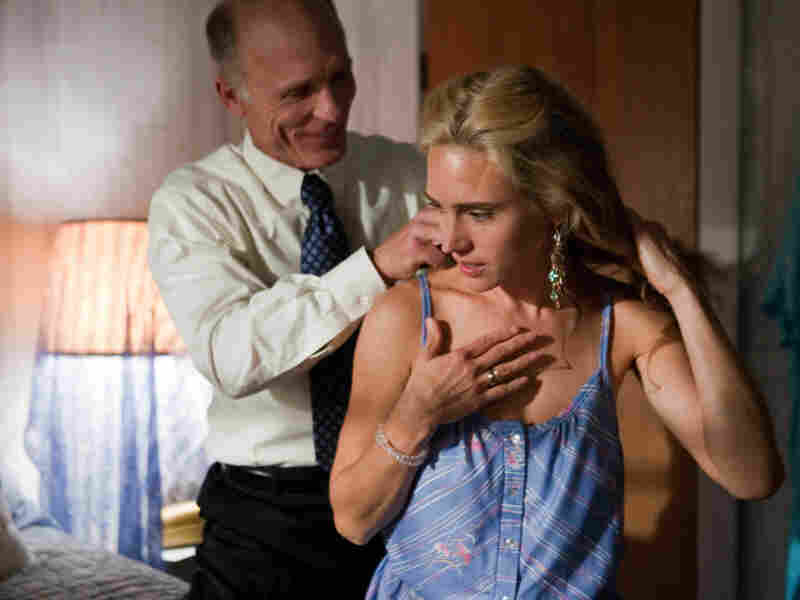 The years-long affair between Sheriff Dick Tipton (Ed Harris) and Virginia sours when Tipton decides to run for state Senate, prompting Virginia to fake a pregnancy. Entertainment One hide caption 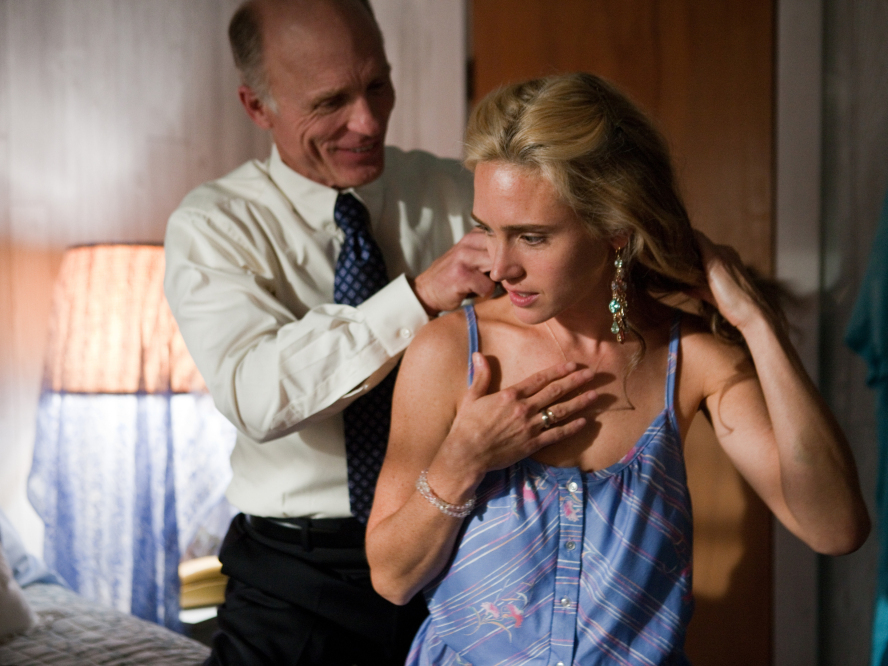 The years-long affair between Sheriff Dick Tipton (Ed Harris) and Virginia sours when Tipton decides to run for state Senate, prompting Virginia to fake a pregnancy.

She continues to chain-smoke while refusing any treatment for the massive tumor that's growing on her lungs; she attempts a spectacularly inept bank robbery in a shabby nightgown and a gorilla mask. And through it all, Emmett continues to defend her fiercely, at least when he's not dogged by problems of his own.

Connelly, Harris and Amy Madigan, as Tipton's devastated wife, all do their best to bring a measure of soul to Black's creations, but there's something fundamentally synthetic about Virginia, which lays bare its influences without doing much to reanimate them. Virginia is like a Tennessee Williams heroine set adrift in an absurdly caricatured Southern town, the type of place where a carnival owner's refusal to paint his Ferris wheel red, white and blue causes a political crisis. Emmett's love for his mother, in this context, seems akin to a love of great theater.

It's possible that Virginia just got away from Black, that he couldn't make sense of this messy repository of personal ideas — some from his own background growing up gay in a Mormon household, some from the music, theater and movies he clearly adores. And though he's on his fourth feature, his direction remains too staid and conventional to intuit his way through the material like his Milk director, Gus Van Sant. The result here is the type of calamity that should be more compelling than it is.