Accessibility links
Canada's Housing Market Booms; Experts See Trouble Canada's real estate market is one of the hottest in the developed world. In Toronto, where prices rose 10 percent in March, the average detached house costs more than $600,000. But some worry that Canada is experiencing a housing bubble that's about to burst. 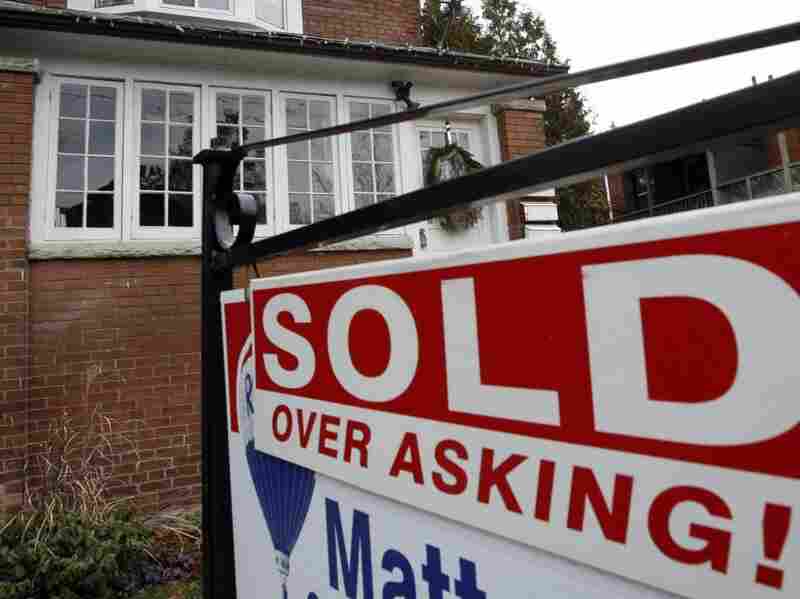 Canada's real estate market is one of the hottest in the developed world. Mike Cassese/Reuters /Landov hide caption 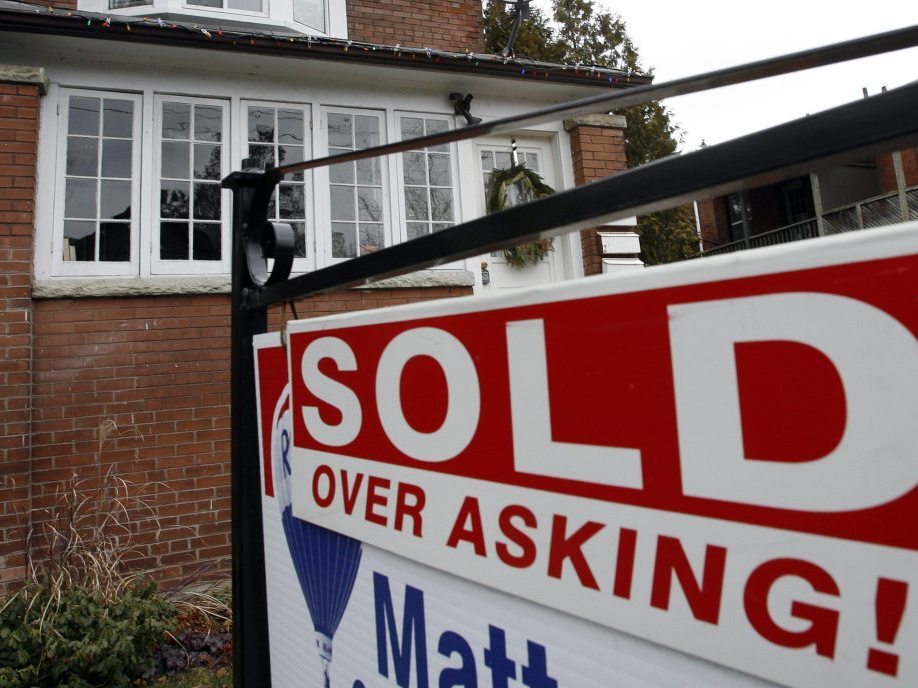 Canada's real estate market is one of the hottest in the developed world.

Housing prices are going through the roof in Canada. The real estate market there is one of the hottest in the developed world. In Toronto, prices increased 10 percent in March alone. The average detached house in the city costs more than $600,000.

That has economists and the government worried that Canada is experiencing a housing bubble that's about to burst.

At 44, Jeff Douglas says he knows there are "more responsible" things to do than take on a mortgage he'll be paying until he turns 70. But he and his wife did it anyway, when they bought a 1,300-square-foot duplex in Toronto's West End last month.

The house, which Douglas recently showed off on a real estate website, is pretty basic, with three small bedrooms, two bathrooms and a partially finished basement. Douglas paid $632,000 — that's $76,000 more than the owner was asking for it. But in Toronto's hot real estate market, paying more than the asking price is par for the course. Douglas thinks he got a bargain.

"It was kind of one of the last houses I think we would have had a shot at," he says, "because the price of the housing goes up every week, as the spring goes on. So we thought this might be our last chance."

Canadian real estate prices did drop during the financial crisis. But they started increasing after a few months and haven't stopped since.

Real estate agent Brendan Powell says bidding wars are the norm in many Toronto neighborhoods — even for tiny homes, like this 14-foot-wide row house.

It was kind of one of the last houses I think we would have had a shot at because the price of the housing goes up every week, as the spring goes on. So we thought this might be our last chance.

Toronto resident Jeff Douglas, on the $632,000 home he bought

"Last year, we were seeing bidding wars that went up to $100,000 over, and that was a really big deal," Powell says. "Now we've actually seen a handful that were more than that — maybe twice that — which is insanity."

Powell's partner, Melanie Piche, says record-low interest rates are fueling the insanity. To keep the economy going, the Bank of Canada has held its prime lending rate at 1 percent. This winter, banks were offering mortgages for less than 3 percent, making house prices more affordable for many buyers.

Powell and Piche don't believe the Canadian real estate market will crash the way the U.S. market did. Canadian banks have stricter lending rules, and they're not allowed to give mortgages to people with no job or income. But analyst Ben Rabidoux is one of many experts who believe house-crazy Canadians are spending themselves into financial disaster.

"All of the models scream to me that we're looking at house prices nationally that are overvalued on the order of 30 percent — at least," Rabidoux says.

To buy their homes, Canadians have built up more debt than ever. Most can afford it, as long as interest rates stay low. But the government has warned that rates could start going up soon. When that happens, some studies show that at least a million Canadians will be in over their heads.

Rabidoux predicts people will stop spending, house prices will drop, and the economy will fall into a deep recession. Douglas says he knows that's a risk. But he's willing to live with it.

"We made a choice as much on quality of life as much as the actual quality of the investment," Douglas says. "If it goes down, it goes down. And you sell at a loss, like it happens on the stock market all the time."

Despite his upbeat outlook, Douglas says he's stopped buying coffee at Starbucks and cut back on nachos and beer nights to help pay his mortgage.