Accessibility links
Foreign Policy: Is A Greek Exit From The EU Possible? Remember when breaking up the eurozone was unthinkable? Uri Friedman of Foreign Policy has noticed several European officials who have "crossed the rubicon" and started discussing the possibility of a Greek exit, or, a Grexit.

Foreign Policy: Is A Greek Exit From The EU Possible?

Foreign Policy: Is A Greek Exit From The EU Possible? 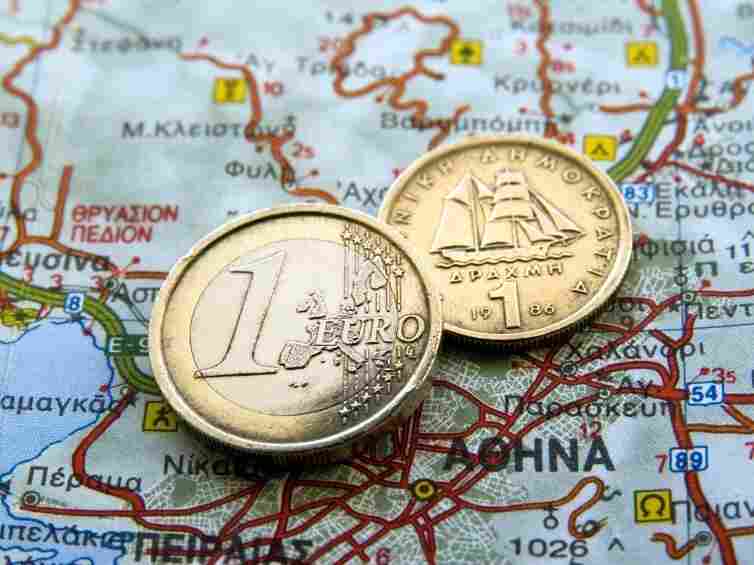 A euro coin and an old Greek drachma rest on a map of Greece. Some observers have predicted a Greek exit from the eurozone. iStockphoto.com hide caption 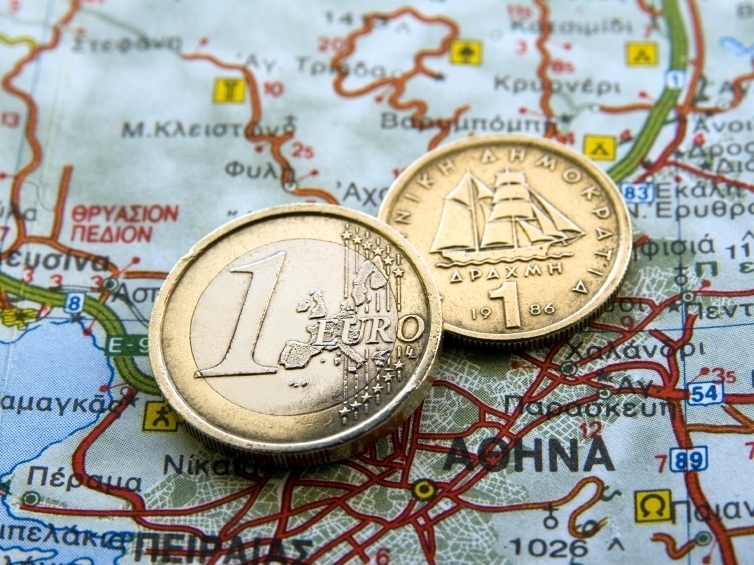 A euro coin and an old Greek drachma rest on a map of Greece. Some observers have predicted a Greek exit from the eurozone.

Read Other Opinions On Who Holds Power In Europe

Uri Friedman is an associate editor at Foreign Policy.

It didn't take long after Greece's economic woes surfaced in 2009 for observers to contemplate a Greek exit from the eurozone. New York Times columnist Paul Krugman predicted this very scenario in 2010, 2011, and, most recently, on Sunday, when he warned that Greece's withdrawal from the monetary union could happen as early as June (is Krugman angling for his own version of the "Friedman unit?").

But European finance ministers, who tend to choose their words with the utmost care, have generally washed their hands of the topic altogether — dismissing the notion as unthinkable under European treaties. When the Dutch prime minister and finance minister argued in September that countries that persistently violate eurozone budget rules should be expelled from the union, the Irish Times marveled that the two leaders had "crossed the Rubicon."

After a meeting of eurozone finance ministers on Monday, Eurogroup chief Jean-Claude Juncker stuck with the script, declaring that "there is an unshakeable desire to keep Greece in the eurozone" and that the group hadn't even discussed a possible Greek exit.

But not all of Europe's financial leaders are on the same page. In fact, several European officials have crossed the Rubicon in recent days as Greece's struggle to form a coalition government has raised the prospect of new elections, which could empower political parties that oppose the austerity measures attached to the country's $170 billion bailout. Talk of a Greek exit is so widespread this week that news outlets are now referring to the looming "Grexit," which has already become a popular hashtag on Twitter.

But are these officials changing their tune because Greece is now more likely to leave the euro, and they want to prepare markets for the news? Or are they doing so as another form of political pressure — a way to make it extra clear to Greek leaders that they should think twice before jeopardizing their membership in the union? The new message appears to be this: Greece, you're the one who'll decide your future in the eurozone. And if you renege on your bailout commitments, you'll be the one who suffers, not us.

Then: In an interview with La Libre Belgique in January, Coene declared that Europe would "stand shoulder to shoulder to protect the system" if Greece exited the eurozone. But such a scenario, he explained, "seems to me to be completely inconceivable."

Now: Over the weekend, Coene told the Financial Times that "an amicable divorce — if that was ever needed — would be possible," though he would still regret it. He argued that Greece's decision to stay in the eurozone was a political one, and that Europe's financial "firewalls" were sufficient whatever the outcome. "The ideal would be if all member states stayed in the club — that would be the best for everyone, even the Greeks," he noted. "But, of course, if one member decides it no longer has a shared interest in being a member, you must allow them to get out — that is part of a democratic system."

Then: Schauble, whose government has been Europe's primary proponent of austerity measures, suggested in February that Greece might withdraw from the monetary union, stating that European officials were "not going to pour money into a bottomless pit" when it came to Greece and that Europe was better prepared for a Greek default than it was two years ago. But as Greece scrambled to prove it could meet the conditions necessary for a second bailout, Schauble also pointed out that "what we're experiencing at the moment is much less bad than what may happen to Greece if the attempts to keep Greece in the eurozone failed."

Now: In recent days, Schauble has amped up his optimism about Europe's ability to withstand a Greek exit and adopted a laissez-faire posture toward Athens. "We want Greece to stay in the eurozone," the finance minister informed the Rheinische Post. "But it has to want this and has to accept its commitments. We can't force anyone. Europe won't go under that quickly." Various "protective mechanisms," he added, have reduced "the risks of contagion for other countries of the eurozone."

Then: Last May, Rehn told Der Spiegel that he didn't regard Greece dropping out of the eurozone as a "serious option." Doing so "would harm the Greek economy and be a setback for European integration," he explained. "The euro is more than a currency; it's the central political project of our community. For this reason, too, we would not accept a Greek withdrawal." In September, he reiterated that European officials would not allow Greece to exit the euro since it "would cause enormous economic and social damage, not only to Greece but to the European Union as a whole, and have serious spillovers to the world economy."

Now: On Saturday, Rehn did an about-face and argued that Athens — not Brussels — must decide whether it wishes to remain in the monetary union, and that Europe would be fine either way. "The ball is now in the Greek court and the hands of the Greek people," he said, sounding a lot like Schäuble. "It would be much worse for Greece and Greek citizens, especially for the less well-off Greek citizens, if Greece did leave the euro than for Europe as such," he added. Europe, he explained, is "certainly more resilient" to a Greek exit than it was two years ago.

Then: When the Financial Times asked Weidmann in November whether Greece should be forced to exit the eurozone if it failed to meet its bailout obligations, the head of Germany's central bank had a succinct answer: "That's not a discussion that I want to join."

Now: Over the weekend, Weidmann waded into that very discussion. If Greece doesn't honor its agreements with international creditors, he reasoned in an interview with Sueddeutsche Zeitung, "that is a democratic decision," but it will force donor countries to cut off financial aid to Greece. Not only would an exit "be historically unprecedented and linked with great uncertainty," he added, but it would also be "more serious" for Greece than for other eurozone countries.

Then: In November, as the prime ministers of Italy and Greece resigned amid economic turmoil, Ahrenkilde Hansen declared, "We cannot allow the eurozone or the European Union to fragment because it would be very much against the interest of the European people as a whole." A few months later, she told reporters that Greece leaving the euro was "not a scenario that we are ready to contemplate."

Now: On the surface, Ahrenkilde Hansen expressed a similar position on Monday, noting that while Greece must respect its commitments to its creditors, "we wish Greece will remain in the euro and we hope Greece will remain in the euro." But she didn't say no when asked if European officials were developing contingency plans in case Greece chose to reject the bailout terms and leave the eurozone. "There are many, many questions arising and many questions open about Greece, and most answers have to come from Greece and we have to respect the ongoing political process," she said.