Accessibility links
Yul Kwon, From Bullying Target To Reality TV Star Korean-American Yul Kwon went from being bullied in school, to being named one of People magazine's 'Sexiest Men Alive.' The Yale-educated lawyer catapulted to stardom when he won the reality TV show Survivor. He talks with host Michel Martin about his efforts to change the game for Asians and how they're reflected in media. 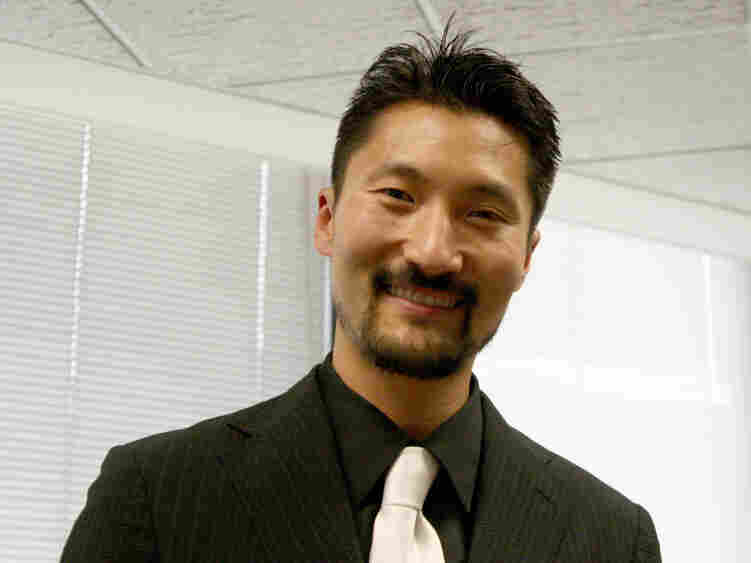 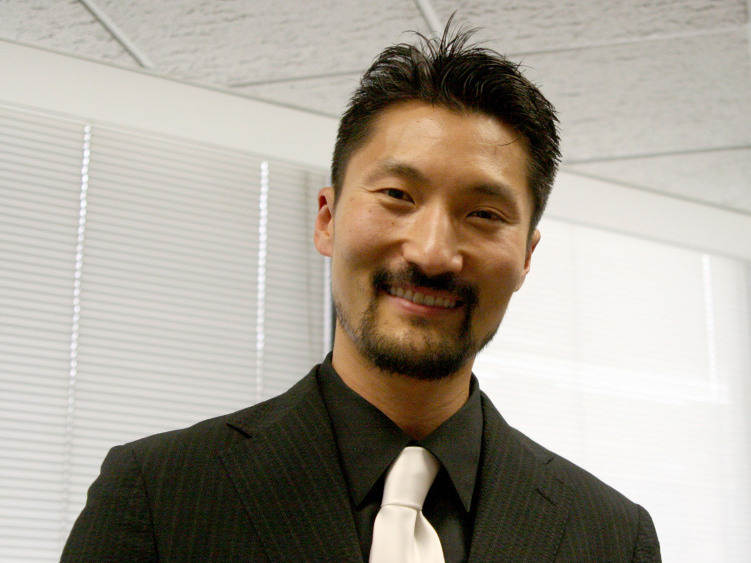 May is Asian-American and Pacific Islander Heritage Month. All month, Tell Me More is featuring guests who trace their heritage to that part of the world and who have changed the game in everything from science to sports, pop culture to politics.

Yul Kwon first earned his game-changer status when the Yale University-trained lawyer put his career on hold to compete on the CBS show Survivor in 2006. He became the first Asian-American to win that show's $1 million prize. That led to work as a special correspondent for CNN, a lecturer at the FBI Academy, and deputy chief of the Federal Communication Commission's Consumer and Governmental Affairs Bureau.

He was also once named to People magazine's list of "Sexiest Men Alive."

Being A Target Of Bullying

Kwon's early life involved a host of challenges. He was born in 1975 in New York to South Korean immigrants. He tells Tell Me More host Michel Martin he had a severe lisp as a kid, so many people assumed he was a foreigner who could not speak English properly. Kwon says he grew increasingly quiet to avoid being teased or beaten up.

"But as people who've been bullied are well aware, the more quiet you are, the more you attract bullies," he says. "And it started to be a real problem for me. I started to develop a number of social anxiety disorders."

Kwon says these issues continued for many years, partly because he did not see many role models from his community. He watched a lot of television (as a way to learn English), and in the rare times when he did see Asian-Americans onscreen, they were portrayed in negative stereotypes.

"If you're a guy, you're either a Chinese cook, or a gangster, or a Kung Fu master who could kick butt but can't speak English, or a geek who can't get a date," says Kwon. "And so, over time, I think I just internalized a lot of these images and I became that quintessential Asian-American."

Despite a difficult childhood, Kwon went on to earn a bachelor's in symbolic systems from Stanford University, where he graduated Phi Beta Kappa. He also earned a juris doctorate from Yale Law School, where he served on the editorial board of the Yale Law Journal. He worked in law, politics and business, then made what some would consider a surprising shift to television.

Kwon says he never imagined that television was an option for someone like him, but one day, he received an email from a Survivor casting agent who was seeking Asian-American contestants.

"It turns out that the reason they wanted to do this was because they had a twist to that season," he says, "which was they were going to divide the contestants into racial tribes and have a war of races."

Kwon initially was not interested in participating, but then he thought back to his hunger for positive role models as a child. He says that if he had seen them, it might have helped him build courage, confidence and an image of himself as a potential leader.

"The great thing about a reality show is that it's not scripted, so I don't have to play a stereotype, I don't have to play a role where I'm speaking with an accent," he says. "And so I thought if I did well on the show, I could potentially be the kind of role model that I didn't have when I was growing up."

Kwon surprised even himself by winning the show, a victory he attributes to fair play. He says he wanted to apply all the things he learned from working in law, politics and management consulting, and to play an intelligent game that did not involve backstabbing.

He says the win also brought him closer to his father, who initially discouraged Kwon from joining Survivor. He says his performance on the show prompted his father to say something he'd never heard before: "He said, 'Yul, I'm sorry.' And I'm like, 'What?! Who are you? You're not my father,' you know. And I asked him, 'Why are you sorry?' And he said, 'You know, I've always just kind of viewed you as this kind of kid who's trying to figure out what he wants to do, and you know, didn't really have it together. And then I saw you on the show, and I'd seen what kind of man you'd grown up to become, and I was really proud of him. So I'm sorry that I doubted you.' "

Kwon says that in recent years, television audiences have seen more Asian-Americans playing roles that don't descend into stereotypes. He points to actor Daniel Dae Kim. Kim now stars on the CBS series Hawaii Five-O, but had his breakthrough role as Jin on the hit TV series Lost.

"What Daniel Dae Kim told me when he first took on the role was, 'Look, I want to bring a level of craft and artistry to this role that no one else can. And in doing so, I want to create a narrative arc that allows this person to become a three-dimensional character.' And that's exactly what he did on Lost. Over the arc of that whole series, he became one of the most popular characters on that show."

Regardless, Kwon notes that Asian-Americans still have a ways to go in achieving equality on screen. He says he would like to "use media to get to a point where people look at us as Americans — as opposed Asian-Americans, African-Americans or any other subcategory. But first and foremost, we're Americans."