Accessibility links
Just What's Inside Those Breasts? In her new book, Breasts: A Natural and Unnatural History, Florence Williams offers her take on why breasts are getting bigger and developing earlier, why tumors seem to gravitate toward the breast, and how toxins from the environment may be affecting hormones and breast development. 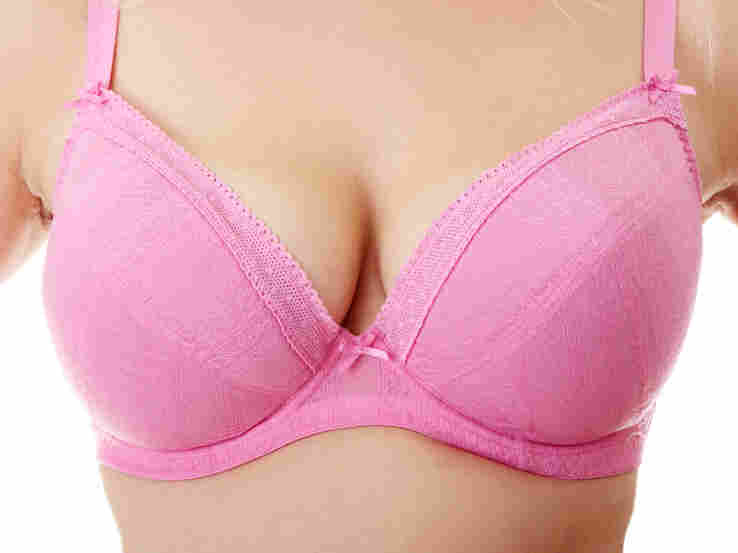 Breasts are getting bigger and arriving earlier. They're also attracting chemicals and environmental toxins, which are getting passed along in breast milk. Photographer: B-D-S/iStockphoto.com hide caption 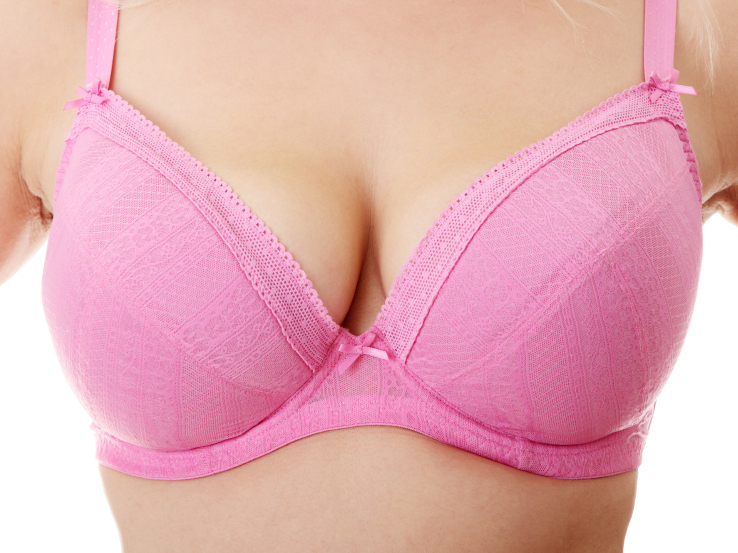 Breasts are getting bigger and arriving earlier. They're also attracting chemicals and environmental toxins, which are getting passed along in breast milk.

When writer Florence Williams was nursing her second child, she read a research study about toxins found in human breast milk. She decided to test her own breast milk and shipped a sample to a lab in Germany.

What came back surprised her.

Trace amounts of pesticides, dioxin and a jet fuel ingredient — as well as high to average levels of flame retardants — were all found in her breast milk. How could something like this happen?

"It turns out that our breasts are almost like sponges, the way they can soak up some of these chemicals, especially the ones that are fat-loving — the ones [that] tend to accumulate in fat tissue," Williams tells Fresh Air's Terry Gross. "Unfortunately, the breast is also masterful at converting these molecules into food in the way of breast milk."

Learning that breasts soak up lots of chemicals made Williams wonder just what else was going on with breasts. A lot, as it turns out. In her new book, Breasts: A Natural and Unnatural History, Williams offers her take on — among other things — why breasts are getting bigger and developing earlier, why tumors seem to gravitate toward the breast, and how toxins from the environment may be affecting hormones and breast development.

She says many of those toxins, including the flame retardants found in her breast milk, may come from ordinary household items like couches and electronics, which often contain flame retardants. Some animal studies have shown that certain types of flame retardants interact with hormone levels.

"The flame retardants are known to react with the thyroid receptor, and it turns out that thyroid hormones are responsible for all kinds of important functions in our body, from neuro development in our brain to temperature and metabolism," she tells Gross. "We don't know at what levels these substances may be affecting humans, but it's certainly enough to make us stand back and say, 'Do we really need to have this furniture covered in flame retardants, or is there a better way here?' " 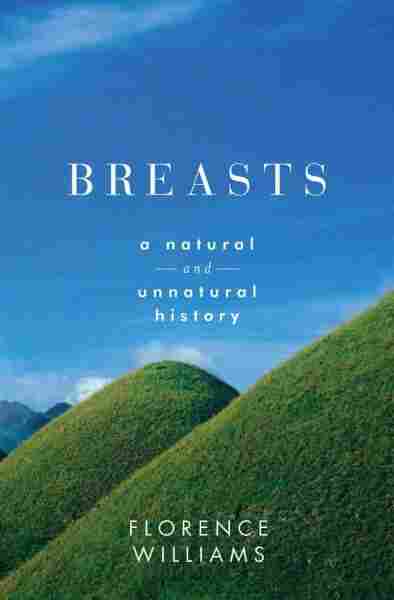 A Natural and Unnatural History

While researching her book, Williams also learned that more tumors form in the human breast than in any other organ in the body except for skin.

"The breast is not even fully developed until the last stages of pregnancy, and that's when the mammary gland forms," she says. "And for many years, breast tissues are sitting around not being fully differentiated. That's one of the theories about why the breast might be so vulnerable to carcinogens."

She says scientists are now studying whether the plastic additive BPA, which acts like the sex hormone estrogen, may be linked to cancer and reproductive problems in animals. Most plastic products, from package wrappers to water bottles, contain BPA.

"We know that if pregnant rats are dosed with BPA, their pups will grow up with altered mammary glands ... in ways that predispose that animal to breast cancer later on," she says. "A lot of people would say, 'A rat is a rat. It's not a human. What do we know about humans?' And we actually don't know that much. But recently a study just came out doing the same experiment but using Rhesus monkeys and, unfortunately, the results were very, very similar. Those monkeys ended up developing mammary glands that were altered by the chemical in ways that made it more likely to get breast cancer."

Williams says she likes plastics and wouldn't tell her kids to stay away from Legos, but she still cautions women in their child-bearing years against using an abundance of plastic products.

"I think we should be most concerned if we're pregnant or if we're lactating," she says. "But if we're beyond that — if we're a middle-aged man, for example — I think we can feel fairly comfortable that it's OK to keep using the yogurt containers."

"One of the ways in which modern life is changing our breasts is that they're showing up earlier in young girls. Young girls are developing breasts earlier than ever before. In fact, one-third of American girls start developing breasts by their ninth birthday. And this is earlier than even 15 or 20 years ago. ... There are some studies going on looking at why this is happening. And scientists are researching everything from these chemicals in girls' environments, to their lifestyles and exercise habits and diet, to social factors. ... As a way to discuss this, I thought it would be neat to test my daughter, who was 7 at the time, for some of the chemicals that are being looked at as possible culprits in the early puberty debate."

On driving oneself potentially crazy over toxins

"You can totally drive yourself crazy, and I don't recommend it. And that's one of the reasons I'm not so hypersensitive about trying to rid my house of these things. I just think, 'The anxiety isn't really worth it. It's not worth the health benefit.' ... We can only have so much control over the chemicals we're exposed to. As parents and as individuals, we can't really — in a meaningful way — affect our exposures. That made me realize that if we're going to live in a world where we feel a little bit safer or where we feel assured that chemicals are tested, we need to rely on our governments, on our manufacturers — the answers really seem to be upstream. We can't be our own filters. It's just impractical and almost impossible."

On how men are affected

"A lot of people are wondering if boys are being affected by these hormone-mimicking chemicals. And I guess the answer to that is that we don't really know definitively. But we are seeing an increase in male genital defects, and we're also seeing some young boys are showing up with increased breast tissue. So certainly it's an area for future inquiry." 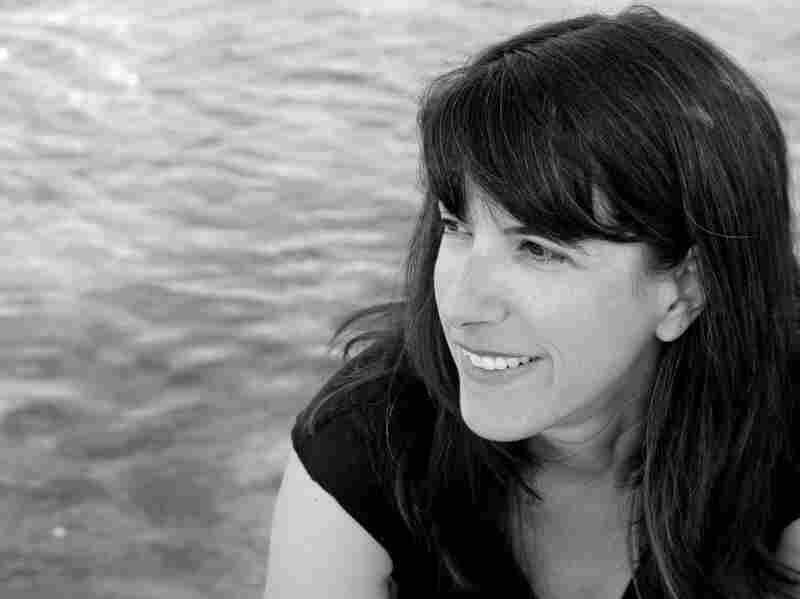 Florence Williams is a contributing editor at Outside Magazine and a freelance writer for The New York Times, New York Times Magazine, Slate, Mother Jones, High Country News and Bicycling. Courtesy of the author hide caption 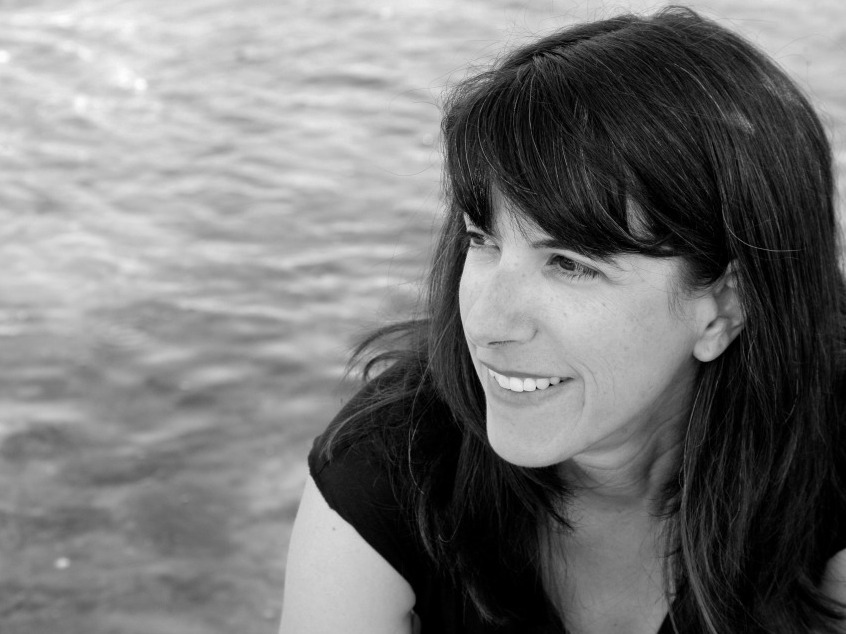 Florence Williams is a contributing editor at Outside Magazine and a freelance writer for The New York Times, New York Times Magazine, Slate, Mother Jones, High Country News and Bicycling.

On the benefits of breast-feeding

"We know far more about red wine than we know about human breast milk. But the things they're discovering are sort of amazing. We used to think that breast milk was just a food and that it was filled with fats and proteins and vitamins and that formula companies were successfully able to mimic this. But we now know that there are substances in breast milk that exist almost at the same levels that are not digestible by infants. So what are they doing there? It turns out, they're digestible by beneficial bacteria. So over millions of years, the mother has been creating a substance that will recruit useful bacteria into her infant's gut, and this sets her infant up for life. So as much as breast milk is a food, we also now understand that it's also a medicine."

Read an excerpt of Breasts