Accessibility links
Two Gray Titles, One Sexy Mix-Up What happens when two books with similar names are out at the same time? Well, when one is historical fiction set in Lithuania and the other an S&M novel that's ripping up the best-sellers list, some interesting teachable moments. 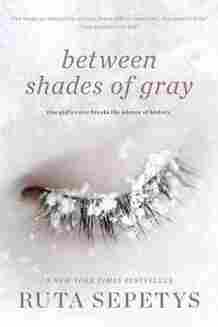 Ruta Sepetys is the author of Between Shades of Gray.

That's what the stranger seated next to me on the plane whispered. We had exchanged the basic bios of airline chitchat, and he had inquired about the title of my recent book.

"Well, OK, it's not really you. It's your character. That's what you tell people," grinned the stranger.

That's not what I tell people.

I tell people that they're confusing Between Shades of Gray, my novel about a Lithuanian girl exiled to Siberia, with the saucy S&M blockbuster, Fifty Shades of Grey. 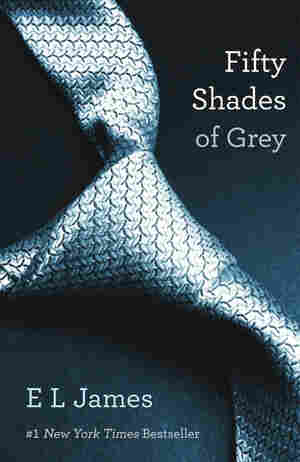 If I'm lucky, I also get to explain that the country of Lithuania disappeared from maps for more than 50 years and that Stalin killed many millions of people during his reign of terror. But generally, the double dose of "Lithuania" and "Stalin" in a single sentence results in a glazed and disappointed stare.

But is book mix-up a bad thing? In my case, not necessarily.

In pop culture references, Lithuania is often the punch line, a place cited to indicate a bizarre or remote civilization. Someone once said to me, "So you're what a Lithuanian looks like?" In truth, many Americans confuse the Baltics with the Balkans and have no idea where Lithuania is on a map, let alone what Lithuanians look like.

The confusion goes beyond the title, my first line reads, "They took me in my nightgown."

At first glance, readers may not understand that the nightgown foreshadows totalitarianism, not titillation.

At a bookstore event in Cambridge, Mass., a man approached me after the public discussion and said, "I must have gotten my dates mixed up, I was here for a different shade of gray ... but hey, did Stalin really kill all of those people?"

He may have come for a spanking, but he left with a book about a piece of history that was hidden for more than half a century and he now knows that the Baltics are different than the Balkans. For me, the mix-up is a victory.

E.L. James has unwittingly created a bustier for geography and historical fiction, and thanks to her, Lithuania has never looked so sexy.