Accessibility links
After Devastating Tornado, Joplin High Bounces Back One year after a tornado ripped through Joplin, Mo., life for the city's residents is beginning to return to normal. President Obama will deliver Joplin High School's commencement speech. 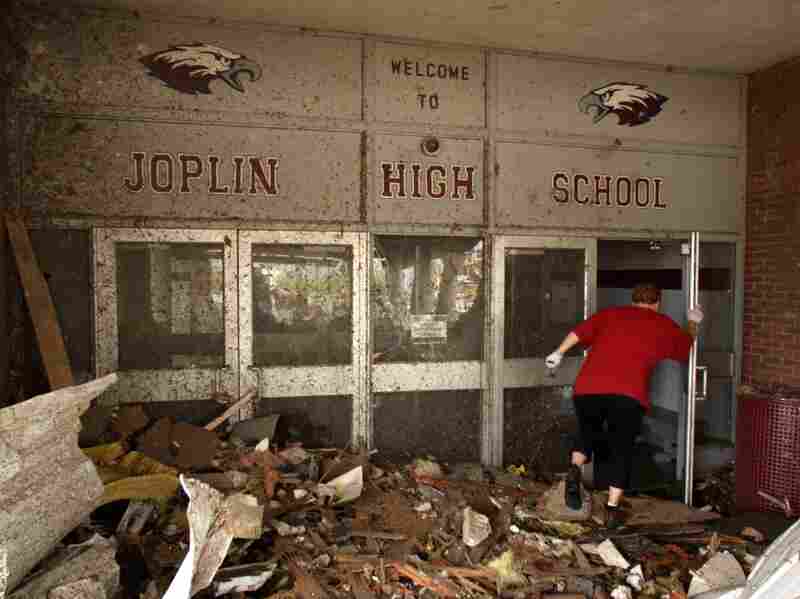 The main entrance of Joplin High School was severely damaged in a May 2011 tornado. Mark Schiefelbein/AP hide caption 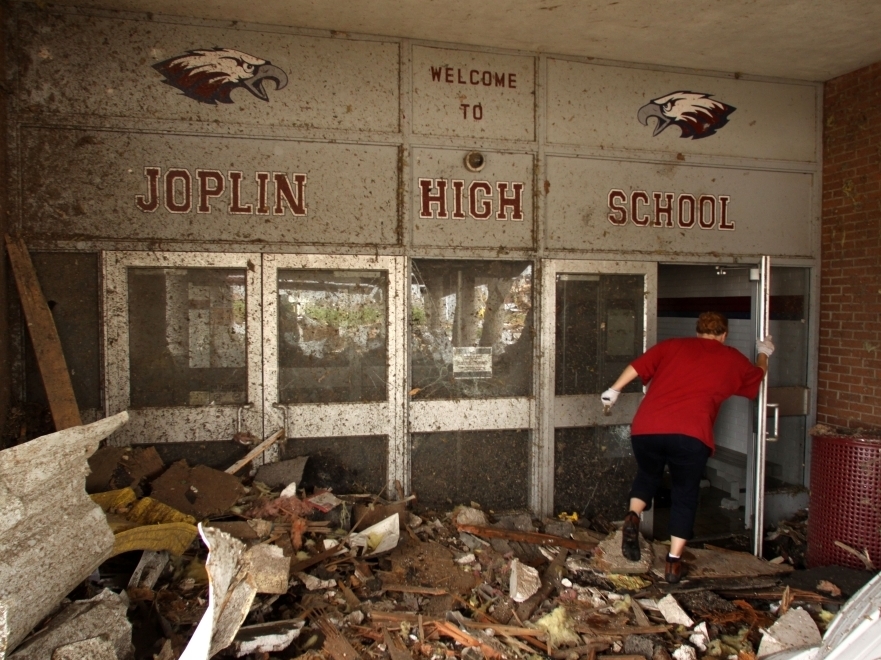 The main entrance of Joplin High School was severely damaged in a May 2011 tornado.

Nearly one year ago, a devastating tornado ripped through the city of Joplin, Mo. The tornado was the deadliest in the U.S in almost 60 years, killing 161 people and injuring more than 900. But life for Joplin's residents is finally starting to return to normal.

That includes life for students at Joplin High School. The school was destroyed by the tornado just hours after last year's commencement ceremony. Although the school's old location is still in ruins, the city has found a temporary solution to keep classes going.

"We've had a lot of great experiences this year, and obviously a lot of tragedy, and we're working with people that emotionally are having a difficult time. But people have bounced back in Joplin, and we're still bouncing back," Principal Kerry Sachetta tells Tell Me More host Michel Martin. 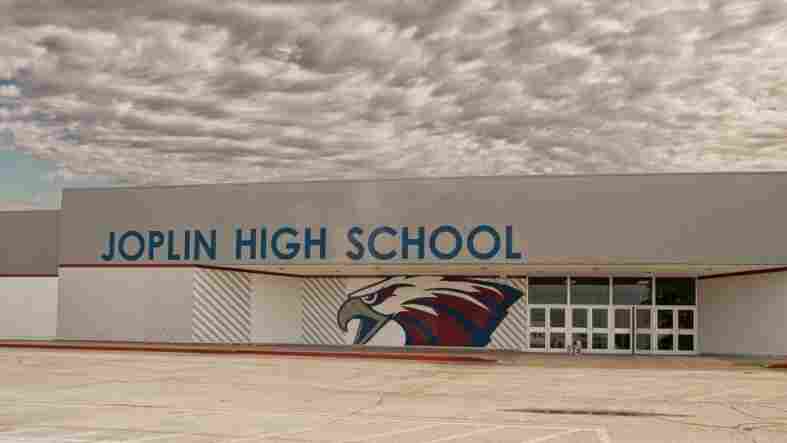 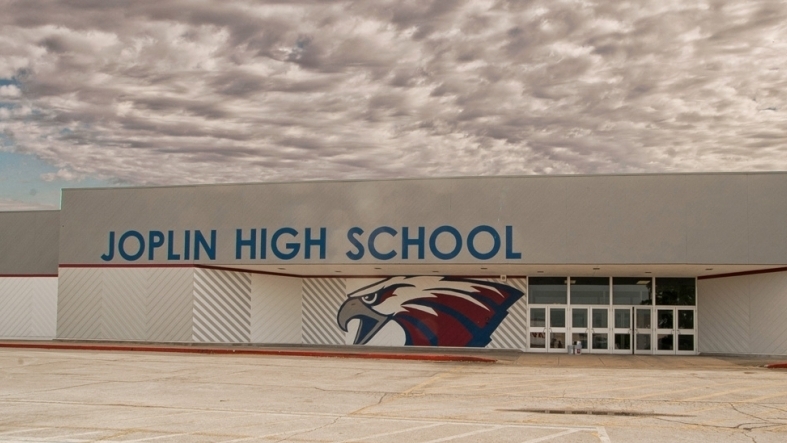 A local mall was renovated for Joplin High School students.

Students attend school in two locations. The 9th- and 10th-graders are housed in an older building in the district, while the 11th- and 12th-grade students attend classes in a vacant space in the city's local mall. The 90,000-square-foot space was repurposed to temporarily accommodate students and faculty just weeks after the tornado.

President Obama visited Joplin a few days after the tornado devastated the school. He will return to deliver this year's commencement speech to the Joplin High School graduating class.

Joplin, and especially its students and faculty, are adjusting to these new arrangements and are looking forward to next year. According to Principal Sachetta, "We started a lot of new things this year, and next year is the year to refine it, rethink about what we've done, and just make those things become better year after year."