Accessibility links
Foreign Policy: Germany, It's Time For You To Go As the financial situation in Europe gets worse, some experts have begun discussing the possibility of a Greek exit from the Euro. There's even a word for it — "Grexit." But Clyde Prestowitz of Foreign Policy argues that it's Germany, not Greece, who should consider making an exit.

Foreign Policy: Germany, It's Time For You To Go

Foreign Policy: Germany, It's Time For You To Go 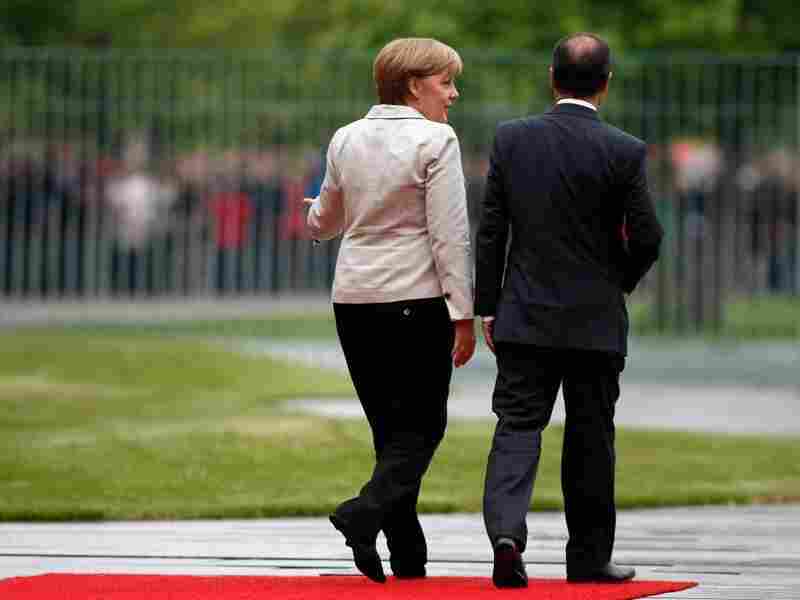 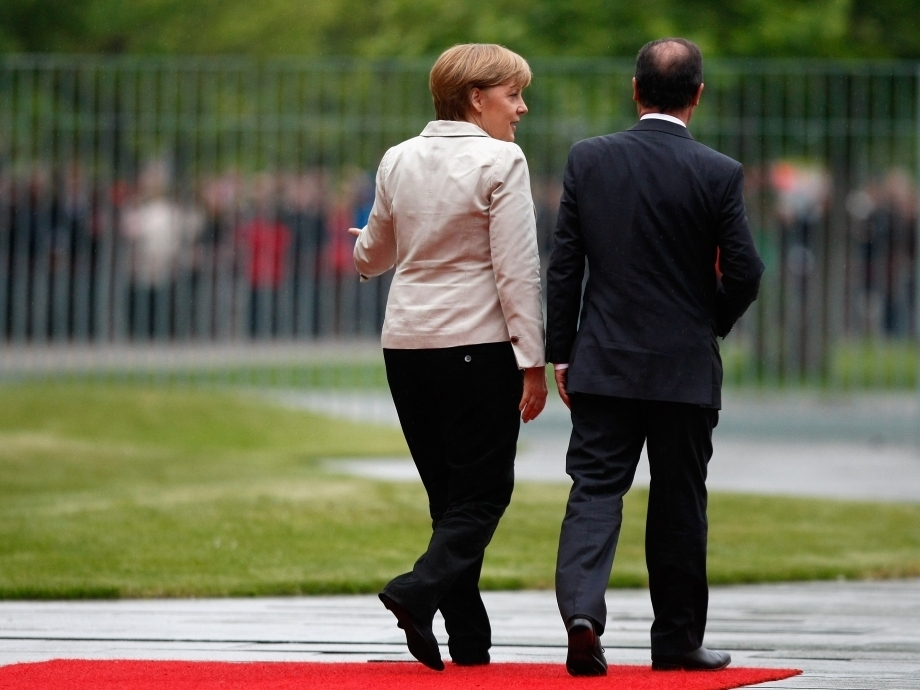 German Chancellor Angela Merkel and French President Francois Hollande meet in Berlin hours after Hollande's inauguration on May 15, 2012. Hollande has come to Berlin to discuss the current European debt crisis with Merkel.

Read An Opinion On The Consequences Of Greece Leaving The Euro

Clyde Prestowitz is the president of the Economic Strategy Institute and writes on the global economy for Foreign Policy.

French President Francois Hollande and German Chancellor Angela Merkel, who held their first meeting yesterday, might want to consider that they have been attacking the problems of Greece, the euro, Spain, Portugal, Italy, and even France backwards.

All the talk and all the effort has been aimed at keeping Greece and the others in the euro. But the real, ideal solution is to get Germany out.

It's simple. Because of Germany's great international competitiveness and the fact that it is the largest euro zone economy, the euro is much stronger than it would be if it were the currency only of a euro zone minus Germany. On the other hand, because of the drag of the competitive weakness of the rest of the peripheral euro zone countries, the euro is too weak for Germany which consequently racks up chronic trade surpluses both within the EU market and in the external world markets.

Prior to the advent of the euro, the rest of the EU countries maintained their competitiveness and living standards vis a vis Germany by steadily devaluing their currencies against the D Mark. The adoption of the single currency, of course, put a halt to that. In the past two years, the effort of the EU has been to raise the competitiveness of the peripheral countries by reducing their unit labor costs through the imposition of austerity measures aimed at making the rest of Europe more like Germany.

But this is only causing these economies to implode as their politics explodes, and as this happens, the euro is steadily weakening and making Germany even more competitive. At the same time, even though the Germans have leeway to increase wages and consumption and public spending in a way that might relieve the pressure on the rest of Europe, they are not doing so. Effectively, Germany is telling Europe, "it's my way or the highway."

The political, economic, and national security implications of this path are seriously disastrous. Greece has become virtually ungovernable, Spain has over 50 percent youth unemployment, the extreme right and left of France control 30 percent of the vote between them, and the Swastika is again being flown in parts of the old continent.

The much easier and much more logical solution is that suggested by Washington financier and hedge fund manager John Prout — get Germany back to the D Mark. At one fell swoop, the remaining euro zone countries would become competitive via devaluation of the euro versus the D Mark, and this without the grinding pain of austerity. The pressure and need for a giant rescue fund would disappear. At the same time, Germany would lose its somewhat artificial competitiveness and would automatically have higher income, consumption, and inflation as a consequence of a D Mark that would be stronger than the present euro.

I know it sounds radical, but it really is time for outside the box solutions.