Accessibility links
Glenn Close: Mental Illness Shouldn't Be Old News Glenn Close is known for her acclaimed performances in the films Fatal Attraction and Albert Nobbs, and the TV series Damages. But off-screen, she works hard to reduce stigma and discrimination attached to mental illness, which affects her family. 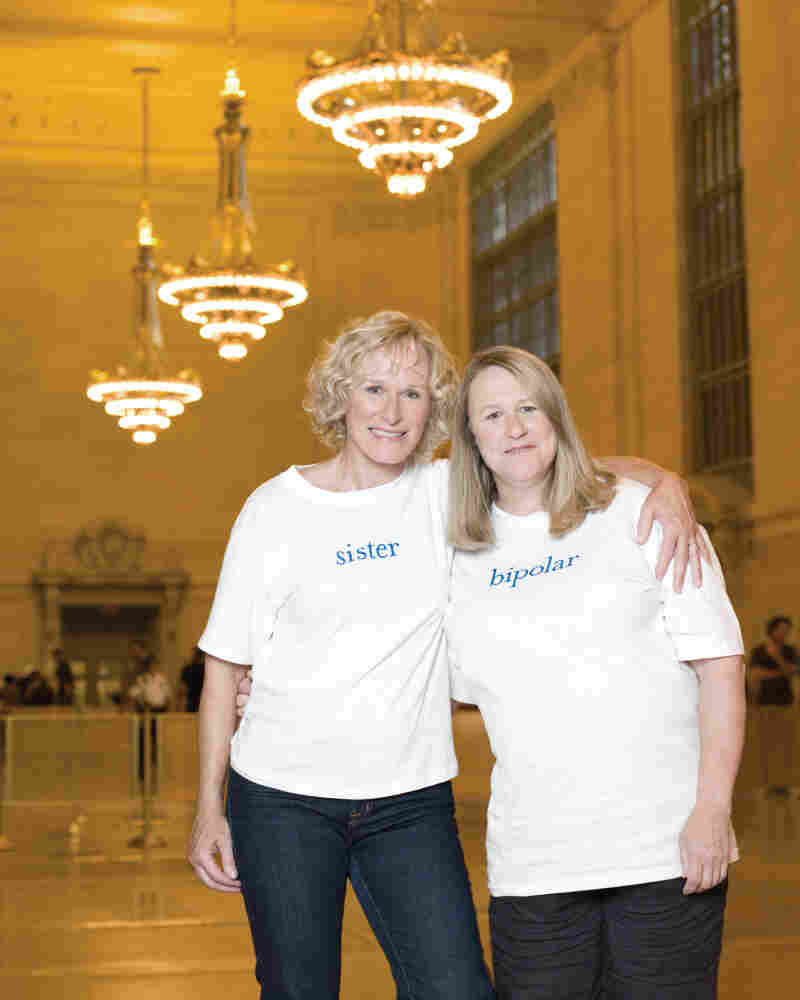 Actress Glenn Close and her sister Jessie, who was diagnosed with bipolar disorder in her late 40s. Dan Hallman hide caption 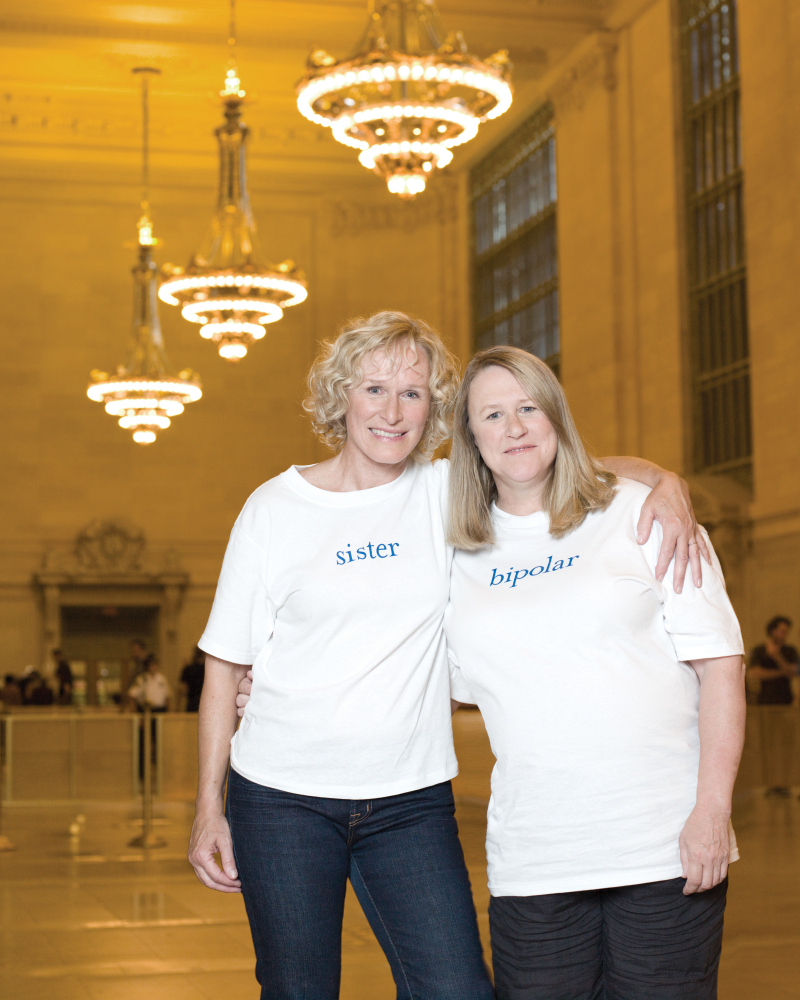 Actress Glenn Close and her sister Jessie, who was diagnosed with bipolar disorder in her late 40s.

U.S. audiences know her from the Oscar-nominated films Fatal Attraction, Air Force One and Albert Nobbs, and the Emmy-winning TV series Damages. But when Glenn Close is not wowing viewers onstage or onscreen, she devotes her time to raising awareness of mental health issues.

She's the co-founder of Bring Change 2 Mind, a nonprofit that aims to confront the stigma and discrimination associated with mental illness. Close's activism was inspired by her younger sister, Jessie, who was diagnosed with bipolar disorder in her late 40s. Jessie's son, Calen, lives with schizoaffective disorder. He received his diagnosis before his mother received hers, Close tells Tell Me More host Michel Martin.

"When Calen got sick, none of us had dealt with anything like that before. And in our ignorance, you know, there probably were a lot of signs that he was certainly in danger of getting ill. Jessie, when I look back when she was very little, there were certainly signs of her behavior ... when she tried to kill herself when she was 16, then she tried again. And again, there was nothing that was translated in our family as dire as that is," says Close.

Close says there's been a lot of depression in her family, and other generations dealt with suicides.

When asked how her new organization aims to help, Close says she feels like she's jumping off a very high cliff, but she has people who are helping her grow wings in the landscape of mental illness.

"I'm fascinated by the challenge of actually changing people's behavior as far as mental illness is concerned — to change the discrimination and the prejudice and the stigma," says Close.

She certainly considered how associating herself with this issue would affect her career. She first consulted Jessie: "She without hesitation said 'yes,' that she would consent to be outed, if you will, in a national campaign — and so did her son." The family will speak at the 5th International Stigma Conference in June in Ottawa, Canada.

"As an actress, I know the great power of language and of words, and if you repeat something that scares you, often enough, it will lose its power over you. So for me, that's very much the first step," says Close.

Ironically, one of the first roles that made Close famous was the part of Alex Forrest in the 1987 film Fatal Attraction. Forrest, a mentally ill single woman, has an affair with a married man played by Michael Douglas, and then pursues him in an extreme and frightening way.

Close says she did a lot of research to try to understand her character's behavior. She also gave the script to two psychiatrists to see if such behavior was possible, and if so, why — but Close says at that time, the physicians didn't know what could cause it. Filmmakers theorized that Forrest was an incest victim at a very early age.

But given what researchers have discovered about mental illness since then, Close says it would be very difficult to play Forrest today. "I think it in many ways represents the kind of way my profession has perpetrated stigma and misunderstanding, by making people with mental illness usually dangerous or violent and scary."

When it comes to having productive conversations about mental illness, Close says she thinks progress is being made, but perhaps not quickly enough.

She recalls meeting one expert who thought people should ask the mentally ill what bothers them in society, and what they need. And if it's the law that needs changing, says Close, then that's what the nation should do. She says she is not interested in just goodwill — she wants change.

"Mental illness never should be old news," she says.