Accessibility links
Is Now The Time To Vacation In Greece? The Greek economy depends heavily on tourism. The crisis seems to be scaring away visitors, which would deal the economy another blow. But could the crisis create a bargain for travelers who would simultaneously be giving the Greek economy a boost?

Is Now The Time To Vacation In Greece?

Is Now The Time To Vacation In Greece? 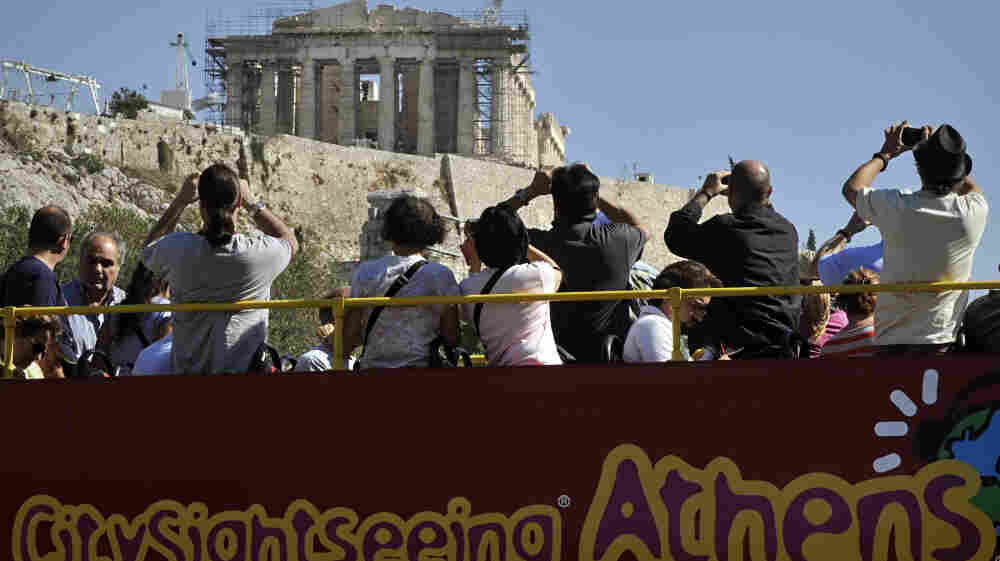 Greece depends heavily on tourism, but the economic crisis is driving away visitors like these ones photographing the Acropolis in Athens from the top of a tour bus last October. Louisa Gouliamaki/AFP/Getty Images hide caption

Greece depends heavily on tourism, but the economic crisis is driving away visitors like these ones photographing the Acropolis in Athens from the top of a tour bus last October.

Despite all the chaos and misery of the Greek debt crisis, the country still has some major assets: It's a stunningly beautiful place, with sunny weather, great beaches, ancient marvels and modern amenities.

Greece has been attracting visitors for centuries — at least since Darius the Great led an unsuccessful Persian military package tour about 2,500 years ago.

That didn't work out so well for Darius, who was defeated at the Battle of Marathon.

But the current crisis raises a question: Will tourists be driven away from the country, thereby inflicting additional pain on the Greek economy? Or might visitors be attracted by the prospect of good bargains that would allow them to island hop from Corfu to Mykonos, and give the Greek economy a boost as they go?

If Greece were to leave the eurozone currency union and go back to its old currency, the drachma, many analysts say the drachma would quickly lose between 30 and 50 percent of its value, making Greece a very cheap destination.

"It could be an incredible travel bargain, like Paris in the 1950s," says travel expert George Hobica, referring to the time when post-war Parisians were down on their luck and it was a great deal for visitors, particularly Americans.

[Greece] could be an incredible travel bargain, like Paris in the 1950s.

Greece would presumably be cheaper once you got there, says Hobica, the founder of Airfarewatchdog.com. But the major cost of most trips, the transportation, is likely to stay about the same.

In fact, the crisis has actually made airfares to many countries rise somewhat, Hobica says, because some governments have increased airport taxes and fees as part of the effort to cope with their deficits.

Politically, "it's a lot easier to raise taxes on tourists than it is on your own voters," he says.

Most hotel prices are unlikely to go down either, in part because major tour operators have already made their bookings for this season, and those rates will remain fixed.

"You have to keep in mind that the market structure of tourism in Europe is mainly controlled by big tour operators," says economist Andreas Papatheodorou.

If the big operators are able to benefit from lower costs on the ground, he says, there's no guarantee that they'll pass the savings along to their clients, "especially with the all-inclusive packages. There's no transparency about the costs." 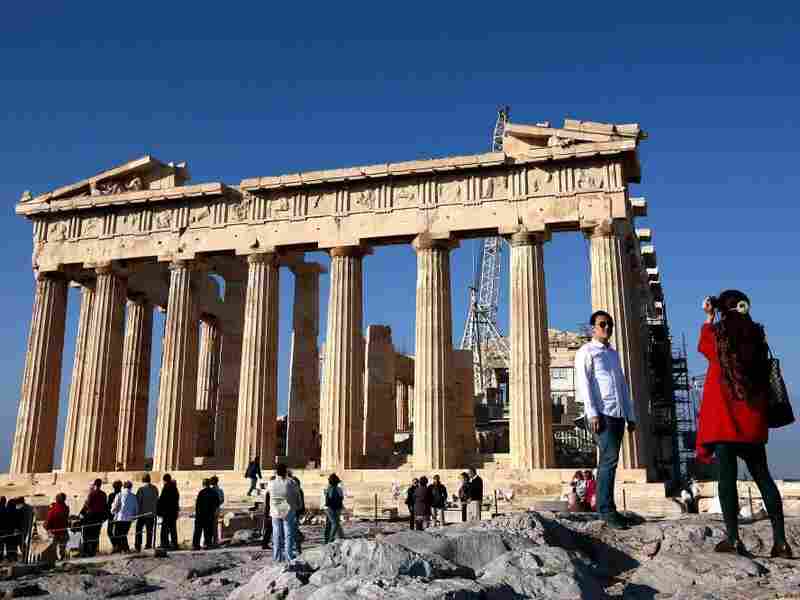 Tourists take pictures in front of the Parthenon Temple in Athens. If Greece leaves the eurozone, it could revert to its own currency, and the price of visiting the country could potentially drop. Alkis Konstantinidis/EPA/Landov hide caption 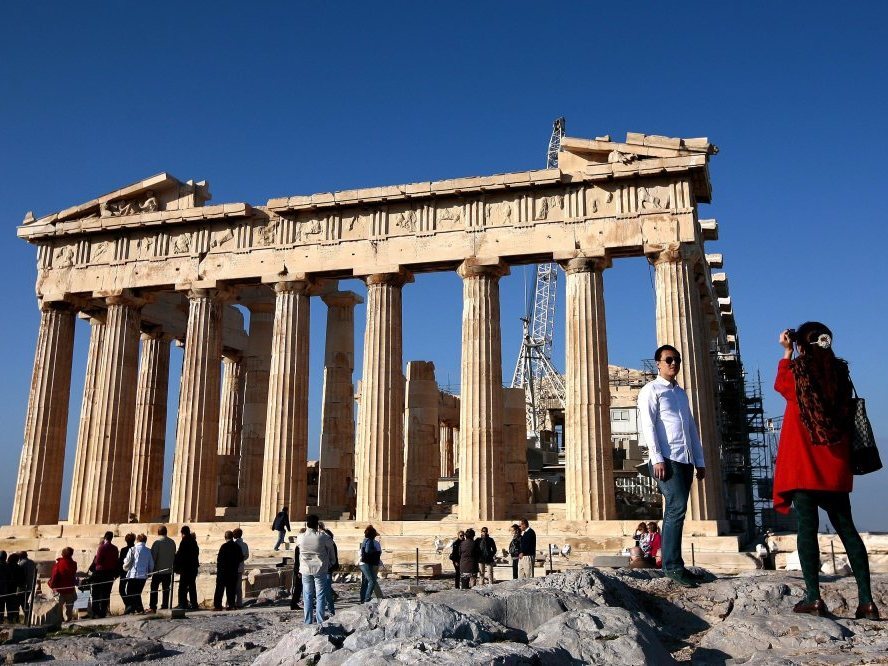 Tourists take pictures in front of the Parthenon Temple in Athens. If Greece leaves the eurozone, it could revert to its own currency, and the price of visiting the country could potentially drop.

Papatheodorou, who lectures on tourism economics at the University of the Aegean, believes it would be a "catastrophe" for Greece if it left the eurozone.

Papatheodorou points out that the chaotic state of Greek politics has already dealt a blow to the county's tourism sector, which last year accounted for nearly 16 percent of the country's GDP.

"We've seen a major cancellation of bookings, because the great majority of tourists are very risk-averse," he says. "If we keep having this chaos, it's bad for tourism whether we're in or out of the euro."

"Besides," he says, "just being cheap doesn't mean you're competitive."

Papatheodorou points out that Switzerland tops the World Economic Forum's ranking for tourism competitiveness, despite the fact that it's a pricey destination. "What tourists really want is value for the money," he says.

None of this is good news for the Greeks who run the tavernas, small hotels and boat charters that make a holiday in Hellas so charming. But for adventurous tourists who can pony up the cost of getting there, ouzo and olives could be a bargain.