Accessibility links
Americans: A 'Bunch Of Amateurs,' And Proud Of It In his new book, journalist Jack Hitt says America's amateur spirit goes back to the nation's origins — and it's nothing to be ashamed of. The Europeans viewed the Americans as an "unfinished people," Hitt says. "We were amateur everything." And it's only made the nation better. 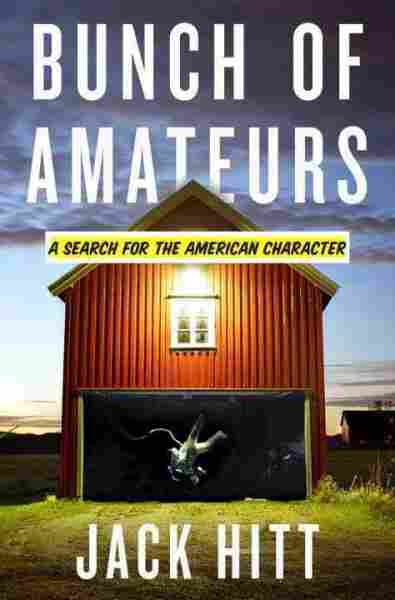 A Search for the American Character

Jack Hitt says if you drill down into the American spirit to find out what makes Americans so American, you'll find it's the fact that we're all amateurs at heart. In his new book, Bunch of Amateurs: A Search for the American Character, he pinpoints the first American to use the amateur label to his advantage: Benjamin Franklin.

Flash back to the early days of the Revolutionary War. Franklin has traveled with John Adams to France, and they're both trying to convince the king to spare the American military some cash. Franklin insisted on wearing the outfit of an American frontiersman — complete with a Davy Crockett-style coonskin cap. Adams hated Franklin's get-up — he wrote about the ridiculous outfit in letters to his wife, Abigail.

Franklin and Adams met at the gates of Versailles for a meeting with the king, says Hitt: "I just love this image of Franklin stepping out of his carriage in his coonskin cap, while Adams is in his silks and his breeches and his waistcoat and his feathered hat and looking at Franklin like: What are you doing? And Franklin [being] like: You don't get it, John, this is who they think we are. This is how we're going to get the money. And of course, Franklin did get us the money."

Hitt's new book doesn't dwell on revolutionary history for long, though. He tracks the American amateur all the way up to today's generation of petri-dish tinkerers, stargazers and historical detectives.

Take, for example, Meredith L. Patterson. She's a software engineer and a do-it-yourself biologist Hitt profiles in his book. In her kitchen, Patterson's trying to make a certain kind of bacteria — commonly used in producing yogurt — glow in the dark. It was a "bootstrap project for a couple of other projects," she explains. It could be "just a nifty art object or a tool for detecting poisons."

Then there's Jim Edwards. He's a radar specialist by trade, but when he's not on the clock, he's coming up with new ways to search the skies for signs of intelligent life. "The traditional way of looking for communication from extraterrestrials is sort of to cast a wide net and then look in that great haystack of signal for some little tiny needle of a pattern," Hitt explains. "One of the things that's really cool about Jim's idea is that it basically narrows down that search to just a handful of pieces of hay." 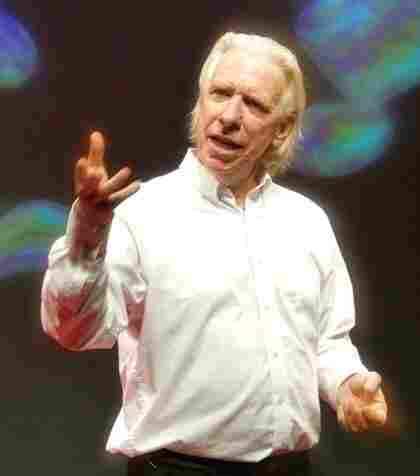 Jack Hitt is a contributing editor to the New York Times Magazine and Harpers. His work is frequently heard on PRI's This American Life. Crown Publishing Group hide caption 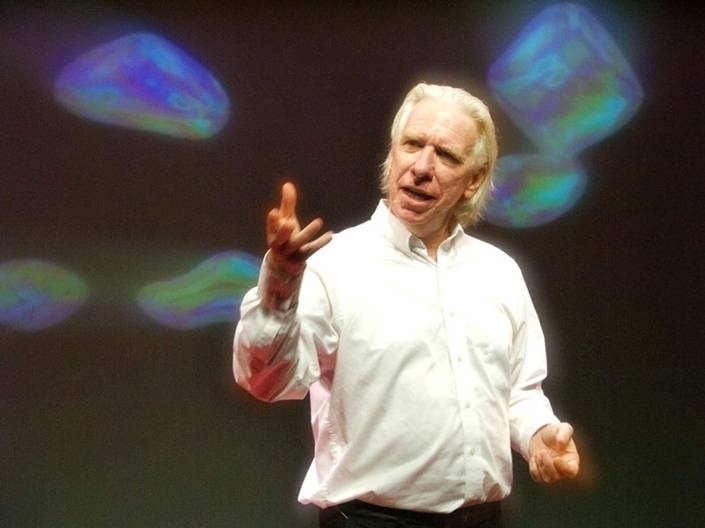 Jack Hitt is a contributing editor to the New York Times Magazine and Harpers. His work is frequently heard on PRI's This American Life.

The spirit of amateurism and spirit of America have long been tied up together. The Europeans viewed the Americans as an "unfinished people," Hitt says. "We were amateur everything."

The New World was made up of people who weren't afraid to get up and walk away. In the case of the American colonists, he says, "they literally left Europe and came to this new place to invent a new self," Hitt says. "And that impulse survives today in the impulse of Mark Zuckerberg walking out of a Harvard dorm room, dropping out and forming a company."

That entrepreneurial, do-it-yourself spirit endures in the U.S. partly out of necessity. "With the economy in the toilet, you're seeing a lot of people drop whatever they did for the last 20 years," Hitt says. They're "going back to school, or going into their garage, beginning to tinker and try to create this new future here."

Hitt points to the Obama administration's April jobs report that boasted 119,000 new jobs. Large, stock-traded companies accounted for just a fraction — 4,000 — of those new jobs, he says. Small businesses and start-ups were to thank for the rest.

"Whatever groundwork we're laying here for a kind of economic revival, it's happening in large part among the start-up companies," Hitt says. "Among the people like Meredith and Jim who are going to step out of their garages and try to form new, more professional versions of their own amateur pursuits."

Edwards knows he may spend the rest of his life listening for communication that he will never hear. "It's not the destination, it's the journey," he says. "It's a lot of fun to do this stuff."

"I decided several years ago that I just wasn't going to be afraid to be wrong in public," Patterson says. "And that's been the motivation for pretty much everything I've investigated since then. I'm just not scared to screw up."

Trial and error is the American way, after all. "We screwed up the Constitution the first time around and had to write another one in 1787," Patterson points out. "Big whoop."

Read an excerpt of Bunch of Amateurs