Accessibility links
A Windborne Clue To A Mysterious Childhood Disease Not a lot is known about Kawasaki disease. It affects children under 4 and is more common in Asia, particularly Japan, but more than 4,000 American children contract it every year. One of its secrets may now be revealed, but it took climate researchers to help spot it. 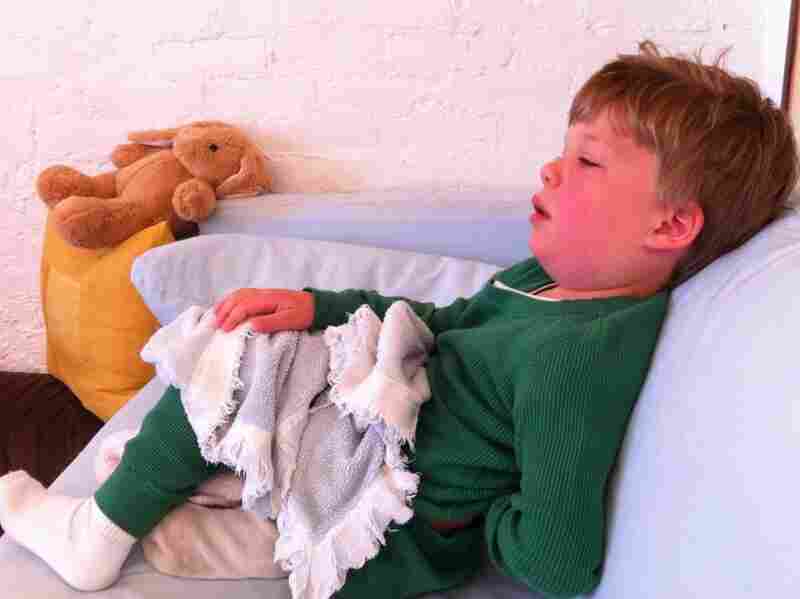 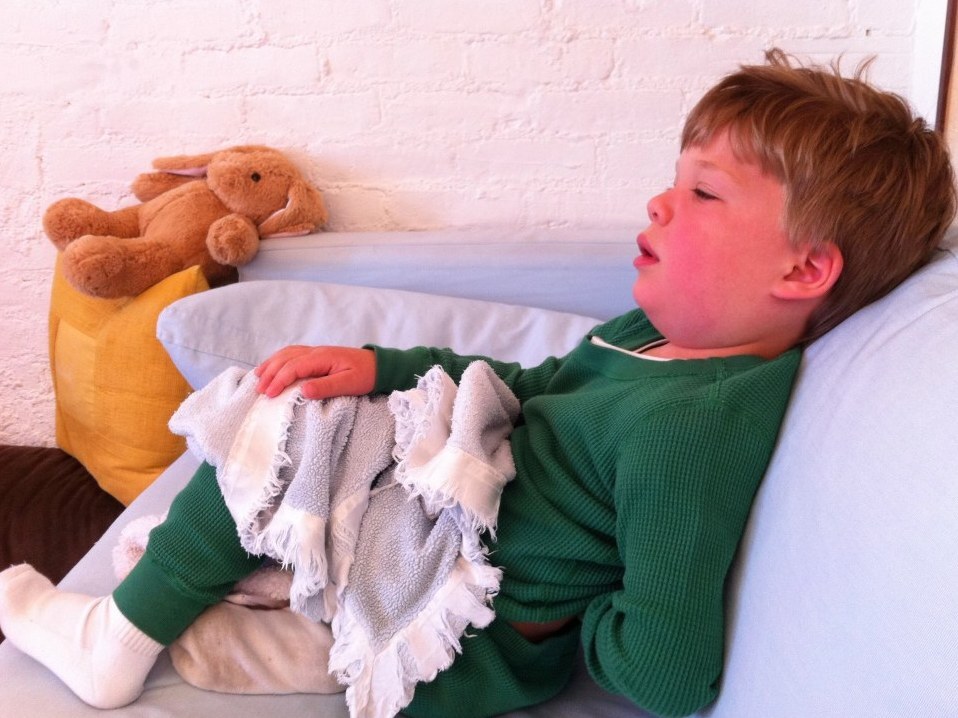 The photo Deborah Kogan posted on Facebook of her son, Leo, when he became sick in May 2011.

At first, Deborah Kogan of New York says, she thought it would pass. Her 4-year-old son's fever had been on the rise for hours, and he was looking puffy. Kogan took Leo to the pediatrician, who thought it might be strep throat. It wasn't.

A few days later, Leo "woke up, and he looked as if he was one of the characters in The Nutty Professor. His face ballooned about twice its normal size." She posted a photo of Leo on Facebook. That's when the crowdsourced diagnosis took shape.

Kogan had never heard of the disease but didn't need more warnings. She took him to the nearest hospital, where, indeed, he was diagnosed with Kawasaki disease.

Kawasaki disease was discovered by Japanese pediatrician Tomisaku Kawasaki in 1967, but it wasn't until the 1970s that the Japanese Ministry of Health made a further inquiry. That's when researchers realized that children were dying — not from the disease, but from the heart attacks that followed, says Dr. Jane Burns of the University of California, San Diego. 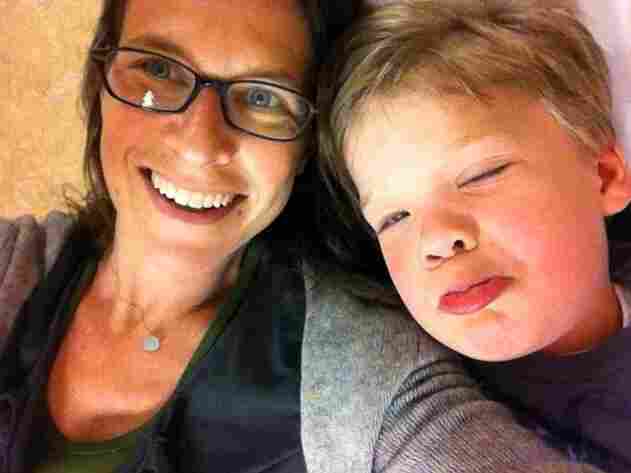 Deborah Kogan in the hospital last May with her son Leo, who had Kawasaki disease. Deborah Kogan hide caption 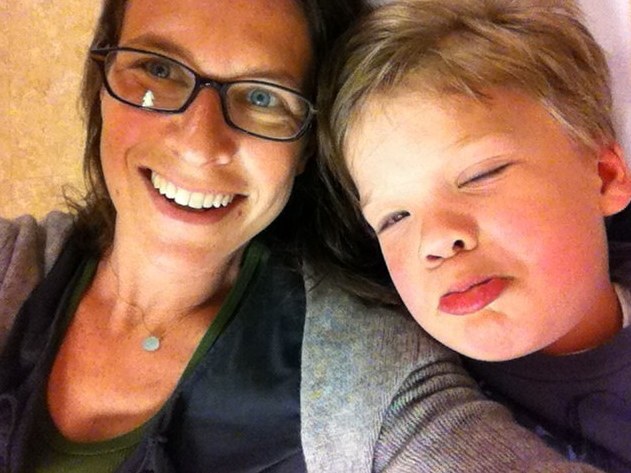 Deborah Kogan in the hospital last May with her son Leo, who had Kawasaki disease.

Burns is the foremost expert on Kawasaki disease, but even so, not a lot is understood about it. It's a condition that causes arterial inflammation and also affects lymph nodes and mucous membranes. Symptoms include swelling, like Leo's face, fever and even peeling skin.

It's a rare disease that mainly affects children younger than 4. It's estimated that more than 4,000 children get the disease each year in the U.S., but it's far more common in Asia, particularly in Japan, where 1 out of 150 children is infected. Scientists say it's unclear how the disease spreads.

But a few years ago, Burns started to notice a pattern: The disease appeared to be seasonal. "That meant that in January, February, March we were going to be very busy, and then in September, October, that was a good time to take our vacations," she says.

Japanese researchers noticed a similar pattern. Together, they worked with a group of climate scientists who started to analyze atmospheric data.

What the climate researchers found was an association with the direction of wind circulating in the troposphere at heights of 3,000 meters, Burns says. When those wind currents blew in one direction, across Japan, then across the Pacific, to the West Coast and Hawaii, the number of U.S. cases increased. When the wind blew in the opposite direction, the number of cases fell.

The data were so overwhelming that Burns and her team thought it couldn't be coincidental. If this theory about Kawasaki disease is true, it could open up a whole new understanding of how other human pathogens are spread. No human disease has ever been shown to cross an ocean by wind and still remain infectious. 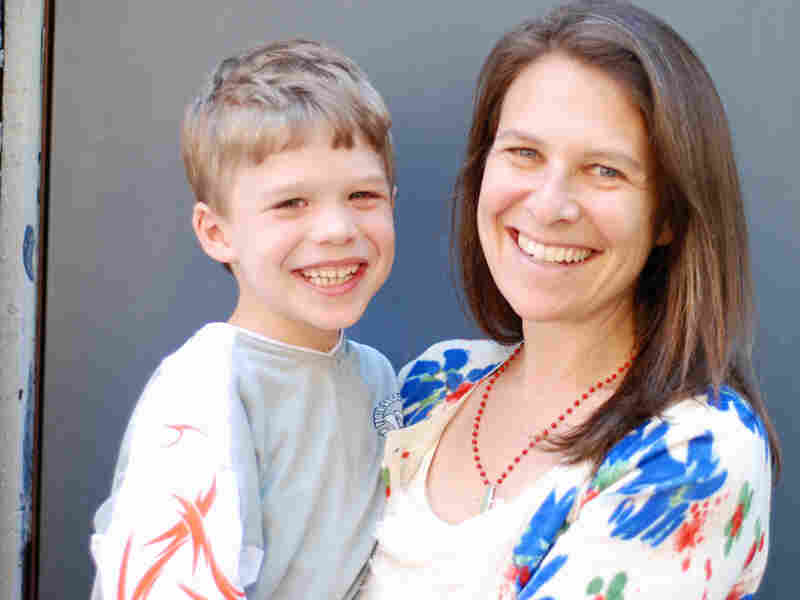 Deborah and her son Leo on Mother's Day this year, one year after he came down with Kawasaki disease. Deborah Kogan hide caption 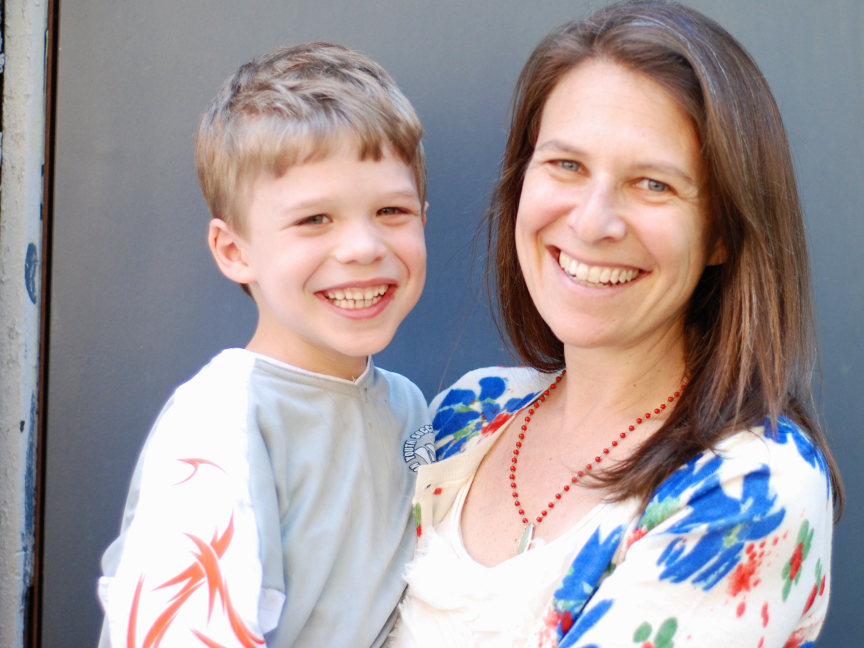 Deborah and her son Leo on Mother's Day this year, one year after he came down with Kawasaki disease.

Meanwhile, Leo Kogan recovered fairly quickly after being pumped with a blood product made up of antibodies, a process that his mother says was terrifying.

Leo is now a healthy 5-year-old. While Kawasaki disease is still rare, the number of cases both in the U.S. and Japan have been rising steadily each year.

A previous Web version of this story incorrectly said that Deborah Kogan sent her son to school when he was sick.