Accessibility links
Peter Dinklage: On 'Thrones,' And On His Own Terms The Emmy-winning actor talks with NPR's Audie Cornish about the popular fantasy drama — and about the rules of his own personal game. 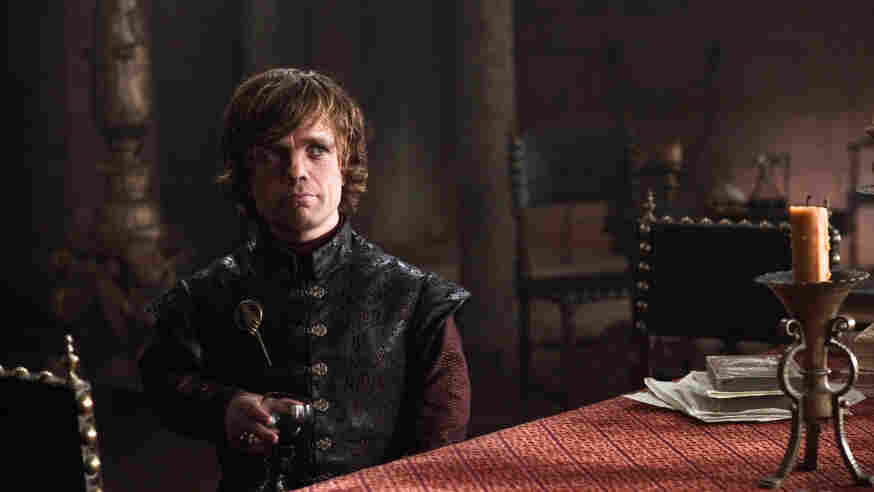 Peter Dinklage plays Tyrion Lannister on Game of Thrones, a role that he tells NPR he talked over with his grandmother. "She misunderstood me and she thought I said, 'interior banisters,' and she was quite confused by that, so it got off to sort of a clunky start." Dinklage has since won an Emmy and a Golden Globe for his performance. HBO hide caption 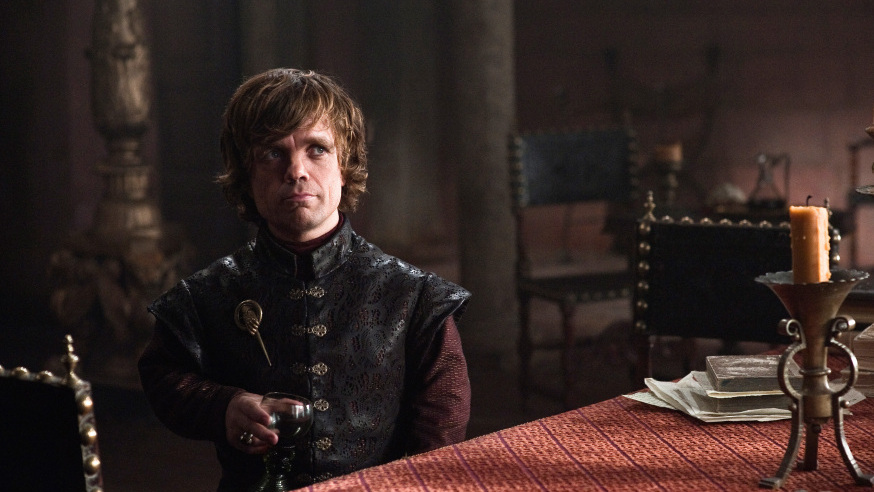 Peter Dinklage plays Tyrion Lannister on Game of Thrones, a role that he tells NPR he talked over with his grandmother. "She misunderstood me and she thought I said, 'interior banisters,' and she was quite confused by that, so it got off to sort of a clunky start." Dinklage has since won an Emmy and a Golden Globe for his performance.

The popular HBO series Game of Thrones, adapted from the books of George R.R. Martin, is one blood-soaked power play after another. But in a world where brute strength can be the difference between life and a slow death, one of the show's strongest characters stands less than 5 feet tall.

The shrewd and resourceful Tyrion Lannister is portrayed by actor Peter Dinklage. Dinklage spent his early career in New York — in an unheated apartment — turning down roles that would have made a joke of his height. His breakthrough finally came in 2003 in the indie darling The Station Agent. But Dinklage, now in his second season on Game of Thrones, has never had a showcase part like Tyrion, a role for which he's won an Emmy and a Golden Globe.

When he first read the role, however, Dinklage had reservations about acting in a fantasy. Dinklage says his prejudice against the genre stems from how it often casts those of his height.

"Usually it's a bit ... 'bearded and pointy-shoed,' " Dinklage tells NPR's Audie Cornish. "This character, Tyrion Lannister, isn't that way at all. ... What immediately attracted me to this — any actor will tell you the same thing, no matter what part it is, it just has to be very well-rounded."

In the quasi-medieval world of the show, Tyrion is a member of a wealthy family, afforded luxuries but treated as a second-class noble due to his stature. Dinklage says the way Tyrion responds to his limitations — with wit, humor and cunning — is his survival mechanism at work.

Dinklage On Sex In 'Game Of Thrones'

"He knows he has no skills with the sword," Dinklage says, "and this is a world that is really deeply violent. Military rules. He would not be able to survive in that world, given his own strength. So he beats people to the punchline — he's entertaining."

Dinklage points out that Tyrion tells the jokes, but the character is far from one. And while the physicality of the character is part of the role, Dinklage says, it is not its defining feature.

"It would be stupid if he weren't addressed as an 'imp' in this world, given the surroundings," Dinklage says. "It does address the size issue, but it doesn't knock you over the head with it. Because you don't really need to."

Dinklage says that distinguishes this role from others that he's not interested in — the ones that make height their focus.

Dinklage says he's tried to find roles that upend the stereotypes given to actors of his height, appearing as a pugnacious children's author in Elf and as a man grieving the loss of a friend in his breakout role in The Station Agent. But Dinklage says he's not always been successful.

"You do have to make a living," he says. "I do not fault anyone else who makes choices to play characters that they wished they hadn't. ... Because at the end of the day, none of us are happy with our jobs all the time."

Still, Dinklage says he knew what he wanted to do and what he did not.

"I think 'no' is a very powerful word in our business, that is very hard to use early on in your career," Dinklage says. "But I also think I was pretty arrogant when I was younger. ... I used that word maybe too much, but it did help me with finding roles that I did like."

Having found more exposure with Game of Thrones, Dinklage may have a greater variety of roles to choose from in the future. Although he once said in an interview he wanted to reach a point in his career where he could be the lead and "get the girl," Dinklage may be rethinking that.

"The leads are often the boring part," Dinklage says. "Maybe I'll have to take that back. I like playing the guy on the sidelines. They have more fun."