Accessibility links
How Much Can Potential Employers Ask About You? Over the past decade, employee background checks have become a billion-dollar business. Some lawmakers think companies that want to know not just about criminal backgrounds but social media passwords have gone too far. 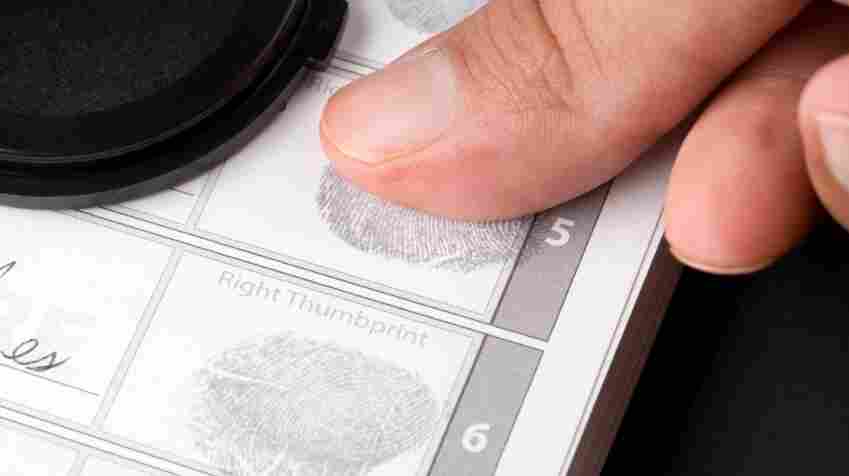 Massachusetts lawmakers tried and failed to pass legislation that would have required criminal history checks, urine screening and fingerprinting and photographs of all new hires at the state Gaming Commission. iStockphoto.com hide caption

Everyone knows it's tough to get a job these days. The task is that much harder if you have any kind of blemish on your past.

The use of background checks to screen potential employees has become a billion-dollar business. More than 90 percent of employers in the U.S. conduct criminal background checks, at least on some potential hires, according to a recent study by the National Consumer Law Center.

In addition to criminal records, businesses commonly look into all kinds of other information, such as credit reports and driving records.

"Our approach has been, there should be a job for everybody, but not everyone is appropriate for every job," says attorney Les Rosen, head of Employment Screening Resources, a background check firm in California.

How Far Is Too Far?

Businesses can be legally liable if they don't check out workers who go on to commit crimes while on the job. And no company wants the embarrassment of finding out later that high-profile employees fibbed on their resumes, as happened recently with Yahoo CEO Scott Thompson. 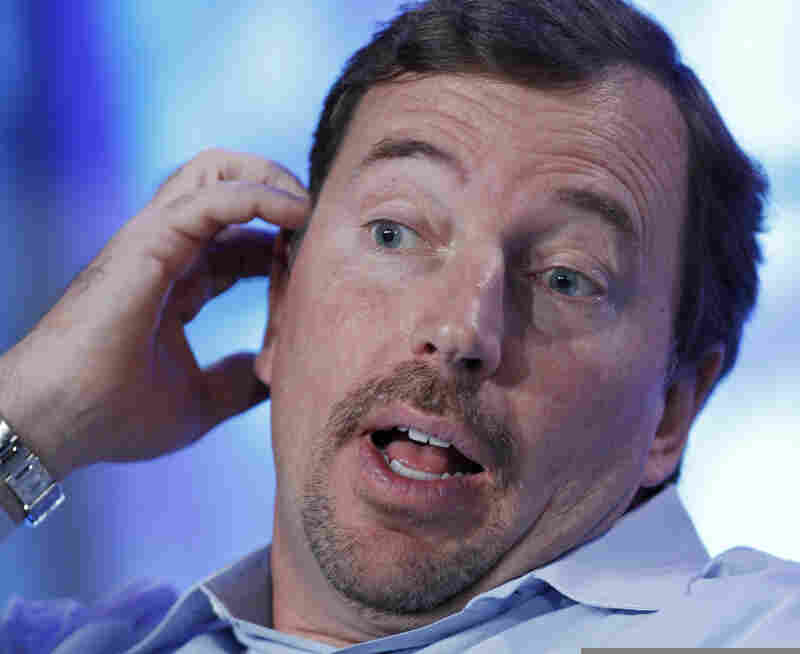 May 13: Scott Thompson steps down as chief executive of Yahoo after it comes to light he didn't have a computer science degree from Stonehill College as claimed on his resume.

2007: Marilee Jones resigns as dean of admissions at MIT, admitting she falsified her credentials when she first went to work for the university 28 years prior.

2006: Dave Edmundson steps down after eight months as CEO of RadioShack and 11 years with the company. He had claimed two college degrees but had none.

2002: Ronald Zarrella offers to step down as CEO of Bausch & Lomb when it is revealed he doesn't have an M.B.A. from New York University, as stated on his resume. He loses a big bonus but remains on the job until 2008.

2001: George O'Leary steps down as head football coach at Notre Dame five days after being hired, having falsely claimed to have a master's degree in education and to have played college football for three years.

1987: Then-Sen. Joe Biden drops out of the presidential race amid revelations of plagiarism and false claims about having received a full scholarship to law school and having earned three undergraduate degrees.

But consumer advocates say employers have become too cautious — and too nosy.

Demands from some companies and universities that applicants hand over their passwords to social media pages such as Facebook led Maryland to enact a prohibition on the practice earlier this month. Similar legislation is pending in Congress and a handful of other states. Lawmakers also have grown concerned that employers are using background checks to screen out entire categories of potential workers in ways that are discriminatory.

"The fact of the matter is that there aren't tremendous privacy protections for job applicants and employees in this country," says Judy Conti, who lobbies for the National Employment Law Center, an advocacy group for low-income and unemployed workers.

"Background checks are a very big issue, even though they often bear no relation to the job you do," she says.

Last month, the Equal Employment Opportunity Commission revised its guidelines regarding the use of criminal background checks. This didn't represent so much a change in policy as an attempt to clarify the rules.

The gist was that when it comes to criminal records, employers should look only at those cases that are directly relevant to the position. No one thinks that banks need to be hiring embezzlers to handle money, but the EEOC wants employers only to consider convictions — not arrests — and to make an individual assessment in each case as to whether the criminal activity is directly related to the job at hand.

Companies that currently say they will not consider applicants with any sort of criminal background for any job will very likely have to rethink their approach.

"The EEOC has long held the position that a blanket use of criminal records for screening people out of jobs can often constitute disparate impact discrimination," Conti says, adding that credit reports also can be a proxy for racial discrimination.

'You Don't Want To Have A Police State'

Massachusetts Gov. Deval Patrick vetoed parts of a spending bill a couple of weeks ago that would have required criminal history checks, urine screening and fingerprinting and photographs of all new hires at the state Gaming Commission.

It's not that Patrick, a Democrat, doesn't share the Legislature's concern about preventing corruption, but he concluded that mandating urine tests for potential receptionists went a step beyond what was necessary.

Every state has different regulations regarding which types of information employers can solicit from job applicants, but here are some general guidelines.

Generally OK To Ask About

This is the kind of balancing act employers in and out of government have to perform all the time, says Rosen, the background check attorney in California. Every story of a person denied a job because of some youthful indiscretion decades in the past seems to be balanced by the case of a registered sex offender whose record wasn't properly checked before being hired for a job involving interaction with the public.

"You don't want to have a police state," Rosen says, "but you also don't want any liar or miscreant to get any job they want."

The trend has been toward more checks, driven by factors such as worries about immigration status, scandals involving matters such as child abuse and overall security concerns following the terrorist attacks of Sept. 11, 2001. The ability to do those checks has been made easier by the growth of databases and search engines.

Asking job applicants to supply passwords for their social media accounts seems to cross a line, Conti says. It makes people nervous that there will be no limits on what employers will ask to see. Some employers also request to see tax returns or W-2 forms.

Still, for all the attention they've gotten, instances of companies seeking social media passwords are rare. No company with an alert human resources department wants to find out things on Facebook that it isn't allowed to ask during the normal interview process, such as information about an applicant's age or religion.

"Somebody says 'it's all over my Facebook page that I'm gay' and they file a lawsuit," Conti says. "That would be hard to defend against."

State lawmakers also are concerned about employers looking into people's credit. Over the past three years, seven states have enacted laws barring employers in many instances from gaining access to credit reports. Fifteen states have similar legislation pending.

They hope to avoid situations where people need a job to get their finances back in order, yet can't get a job because their finances aren't in order.

Many lawmakers concerned with background checks are motivated by the desire to tear down barriers to employment, helping even convicted criminals find productive paths back into society in hopes of keeping them from re-offending.

For employers who are understandably nervous about hiring people with criminal pasts or questionable personal circumstances, background checks offer some peace of mind — and some protection down the road from legal liability.

But they don't always weed out bad actors. Too often, companies rely on cheap vendors that charge only $10 or $20 and then perform cursory searches of databases often riddled with inaccurate information.

The current spate of regulatory pressures — and some lawsuits over misinformation — will help "cull the herd a bit" and lead more companies to use reliable screeners, says Rosen, of Employment Screening Resources.

No one expects a sudden stop to background checks. The key will be what employers do with the information they gather. Companies should ask applicants about potentially negative reports to give them a chance to explain away errors that inevitably come up and also to put their circumstances into context, says Cynthia Springer, a labor and employment lawyer in Indiana.

"Collecting the information isn't the big issue right now, it's how it's being used," Springer says. "You should be doing a case-by-case analysis anytime you're using criminal background information in making a decision."