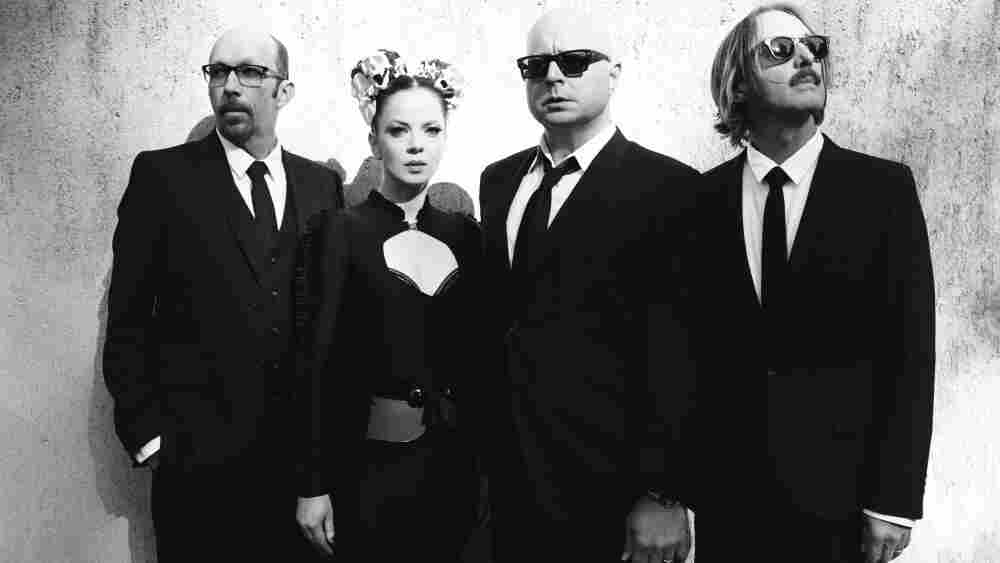 In the mid-1990s, the moody rock song "Only Happy When It Rains" was all over radio and MTV. Now, after a hiatus, Garbage returns with a new album, Not Your Kind of People.

"Their music was always really ahead of its time," says Jancee Dunn, who wrote for Rolling Stone at the time and interviewed Garbage after the release of its first record. "Their debut album sounds modern to me even now — always very forward-thinking, intelligent."

"We used to describe it as sci-fi pop, because we felt it was taking a futuristic approach," says Garbage singer Shirley Manson.

"Every guy who ever loved alternative music and had a gas-station shirt in the '90s had a crush on Shirley," Dunn says. "She was amphibiously pale and had this flaming, carroty, beautiful hair."

Garbage recorded three more albums, which yielded more hits. The band even recorded a theme for a James Bond film.

Then, in 2005 — after years of exhaustive touring and disagreements with its record label — Garbage announced an indefinite hiatus. Drummer Butch Vig, who'd produced Nirvana's landmark Nevermind in the early '90s, worked on albums for various bands and won a Grammy. Manson played a role on a TV show. She also worked on solo material.

So Garbage reunited and recorded a new album.

"With this record, I think we just accepted we are who we are," Manson says. "We have outsider status. We're always going to be oddball, and that's OK."