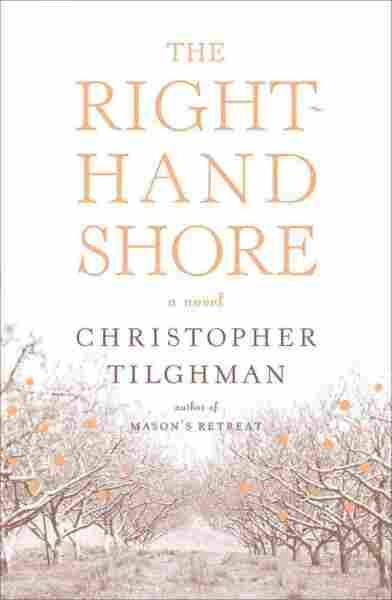 Whenever I think about Christopher Tilghman's writing — and I have many times since his atmospheric novel, Mason's Retreat, came out more than 15 years ago — I think of critic John Leonard. John, among many other distinctions, was my predecessor as book critic for Fresh Air and, every once in a while before his death in 2008, we'd have occasion to talk or exchange e-mails about books. I remember John sending me a note in 1996, in which he mentioned Mason's Retreat and said of Tilghman, "He's the real deal."

I guess I'm in a retrospective mood because, as you may have heard, we here at Fresh Air have just celebrated the show's 25th anniversary, and I was thinking about John. Tilghman is looking backward, too, in his new novel, The Right-Hand Shore, which is a prequel of sorts to Mason's Retreat. You certainly don't need to have read the earlier novel to revel in the unfolding loveliness of Tilghman's tale — its captivating language and fated feel. In fact, Tilghman is such a master of mood that, here, I just kept rereading isolated sentences — like lines of poetry — to savor his descriptions of a damp day in Paris, a spot of rot on a yellow peach and the flat "longitudinal beauty" of his trademark Chesapeake Bay landscape.

The Right-Hand Shore, like its sequel, takes place on a tumbledown former plantation on Maryland's Eastern Shore. The story opens in 1920, when a young man named Edward Mason arrives at the property from his home in England. Edward is about to be interviewed by its owner, his distant cousin Mary, who's dying of cancer and is desperate to bequeath Mason's Retreat to a family member, no matter how thin the connection. Edward is eager to please: We're told that "he is in the stage of life that is all about acquisition, accumulation, increase." Through the course of the day, Mary and some old workers on the retreat give Edward a tour, all the time sniffing him out. They also stuff Edward's ears full of more information about his Mason forebears than most amateur genealogists learn in years of surfing ancestry.com.

Edward can't shake off the stories he hears from Mary, and neither will many readers. She starts off by talking about her canny grandfather, "rich in slaves ... [who] were eating him into the poorhouse." On a horrible morning in 1857, her grandfather, who already senses which way the political wind is blowing in terms of abolition, decides to sell off the bulk of his human property to a slave dealer from Virginia, who comes upriver to collect on a corroding schooner equipped with "a tangle of chains and leg irons." A few years later, this same grandfather will also "auction off" Mary's mother in the Baltimore marriage market to a wealthy suitor whose Unionist loyalties will protect Mason's Retreat from any scavenging Yankees. Mary's father, Wyatt, is an amateur scientist who works to turn the retreat into a profitable orchard. Here's a description of his acres and acres of peach trees, so dense with life, they're characters unto themselves: 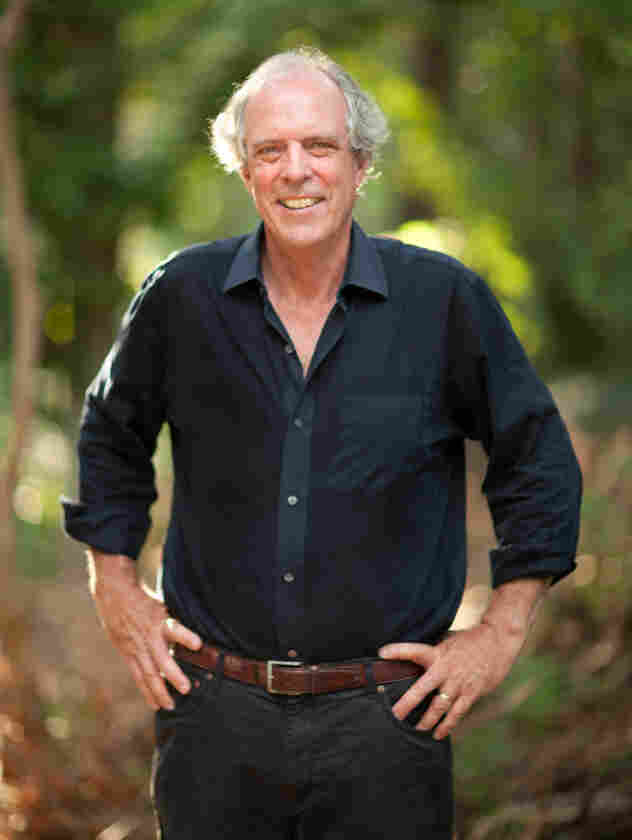 Christopher Tilghman is the author of Mason's Retreat, The Way People Run: Stories and Roads of the Heart, among other books. Susan Kalergis hide caption

"In spring, the scent of the blossoms, the sticky, sweet air, could almost become frightening, as if, deep in these miles and miles of trees, there was no other air than what the blossoms breathed in and breathed out, and if a man stayed there too long, he'd simply be absorbed by the trees."

Mason's Retreat is a geographically, politically and racially blurry landscape; in The Right-Hand Shore, Tilghman explores both the terror and opportunity that such murkiness affords. He so fully inhabits the marshy souls of his characters, there's never any of those awkward moments where, as a reader, you're jarred out of his story with the awareness that you're reading "historical fiction." With The Right-Hand Shore, Tilghman remains "the real deal."

John Leonard was on target about a lot of other writers, too, including Tom Wolfe, Maxine Hong Kingston and Toni Morrison, who invited him to accompany her to Stockholm when she received her Nobel Prize. Many of John's signature reviews and essays have been collected in a terrific new volume called Reading for My Life. John Leonard was the "real deal," too.

Read an excerpt of The Right-Hand Shore