Accessibility links
Iran In Tough Spot As Sanctions Take Economic Toll The United States has stopped buying Iranian oil, and the European Union is set to do so at the end of next month. There are sanctions on Iran's central bank and punishments for companies that help Iran ship its oil. Experts says Iran's oil exports are now in serious jeopardy. 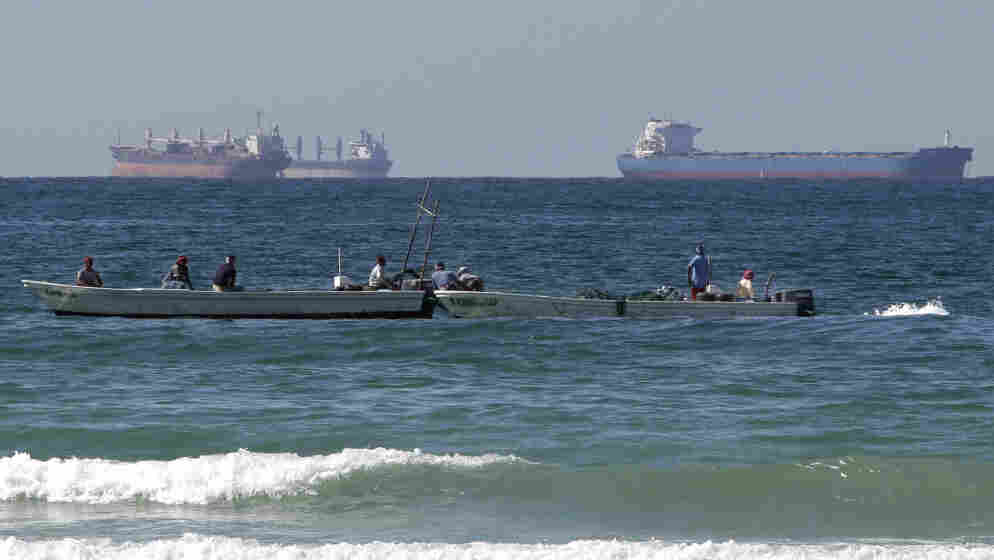 If sanctions continue, Iran's tankers could fill up with surplus oil and leave the country with no place to store its continued production. Kamran Jebreili/AP hide caption 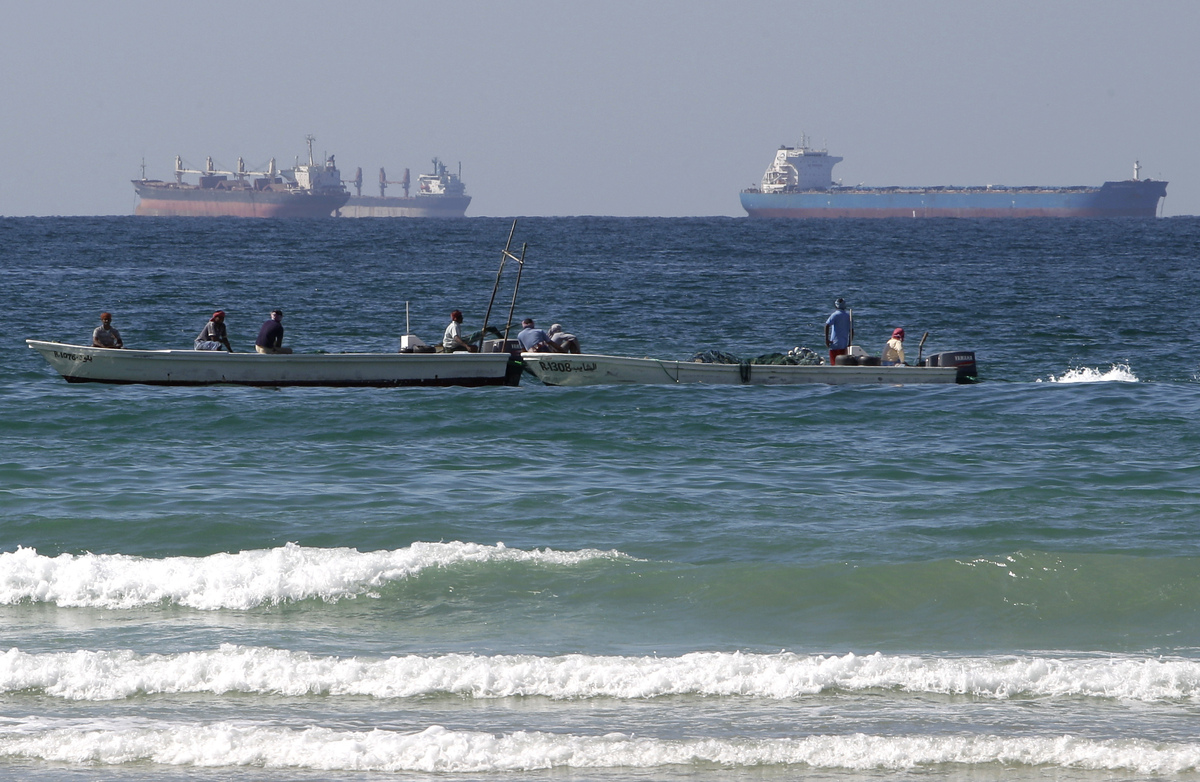 If sanctions continue, Iran's tankers could fill up with surplus oil and leave the country with no place to store its continued production.

Sanctions have not often worked to get governments to change their behavior, but Iran may prove to be an exception. The country depends on income from oil sales, and the oil sector is highly vulnerable to sanctions.

The United States has stopped buying Iranian oil, and the European Union is set to do so at the end of next month. There are sanctions on Iran's central bank and punishments for companies that help Iran ship its oil.

"There are so many overlapping levels of sanctions that it is very difficult to find homes for all of this oil," Webster says. "So without some sort of relief from sanctions, you're likely to see up to a million barrels a day coming off the market."

A million unsold barrels a day would mean a huge revenue loss for Iran. If Iran has to shut down some of its wells, the oil will settle back into the ground, and it could be harder to get it out again.

The Iranians are trying to maintain their oil production. What they can't sell, they're storing on tanker ships. Those ships, however, will soon be filling up, says Webster. The Iranians won't be able to sell their oil, and they'll have no more storage places.

"Once the EU sanctions completely get in, they will run out in a matter of weeks," he says. "They're going to quickly get to this point where they just don't have anywhere else to put it."

Iran's economy is already suffering; the currency is losing its value, and inflation is high. Iran's leaders have been steadfast in their determination to develop their nuclear capability, seeing it as a source of pride and prestige. The country has been enriching uranium up to the 20 percent level, something the U.S. and its allies say is unacceptable.

Ray Takeyh, an Iran expert at the Council on Foreign Relations, sees the government in Tehran facing a tough choice.

"This is sort of a race between enrichment and sanctions," Takeyh says. "How far can you get before sanctions become unbearable and you have to impose some limitations on yourself?"

Iranian leaders have hinted that they might be prepared to make some concessions, either on enrichment or on opening facilities to international inspection. It is the sanctions that brought them to this point, Takeyh says, and Iran is unlikely to go far without getting some assurances that their pain will be eased.

"They take a step, and the international community has to take a step in terms of relief of some sanctions — that's what the Iranian perspective is," he says.

Right now the pressure on Iran is unrelenting. Last weekend, the G-8 countries — the industrial West and Russia — agreed to the release of oil from their strategic reserves if global supplies run short. Such a move could counteract the effect of Iranian oil coming off the market and thus head off an oil price increase.

Meanwhile, lawmakers in the U.S. are in no mood to let up on Iran. The Senate this week approved a tightening of the sanctions on Iran's oil sector. Takeyh says Iran's Supreme Leader Ali Khamenei, would like to stand up to the West, as he has before, and build a nuclear program, but his country is tied to the global economy. That means he has to deal with the rest of the world.

"So there's a whole set of complicated contradictions that Ali Khamenei has to unravel, and the fate of this diplomacy rests on his ability to unravel these contradictions," he says. "He may not be able to do it."

Until now, Iran has been managed to have both a nuclear program and a functioning economy, but some of the toughest sanctions the world has ever seen are narrowing the country's options.

The introduction to the audio version of this story incorrectly states that diplomats from Saudi Arabia were involved in multiparty negotiations with Iran over its nuclear program. Participants in the talks included Iran, the United States, Russia, China, and members of the European Union.