Accessibility links
Soccer Pioneer Builds Her Own Revolution In Egypt Egyptian soccer pioneer Sahar El-Hawary recently stopped in Berlin to speak at a "Discover Football" conference before making her way to the women's Champions League Final in Munich. El-Hawary was the first female member of the Egyptian Football Federation and the first women's referee in North Africa.

3:58
Soccer Pioneer Builds Her Own Revolution In Egypt 3:58 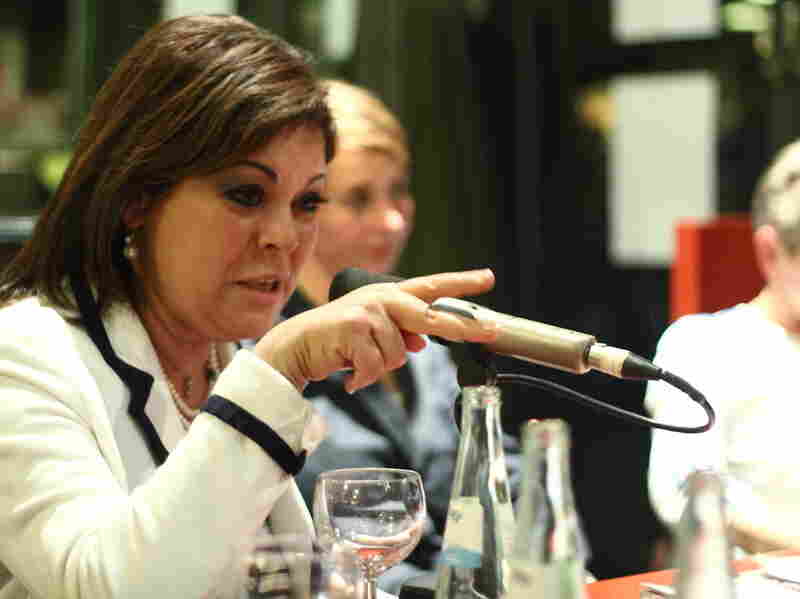 On her way to attend the women's Champions League Final in Munich, Sahar El-Hawary spoke a press conference in Berlin. "We are a football country," El-Hawary says of Egypt. Courtesy of Discover Football hide caption 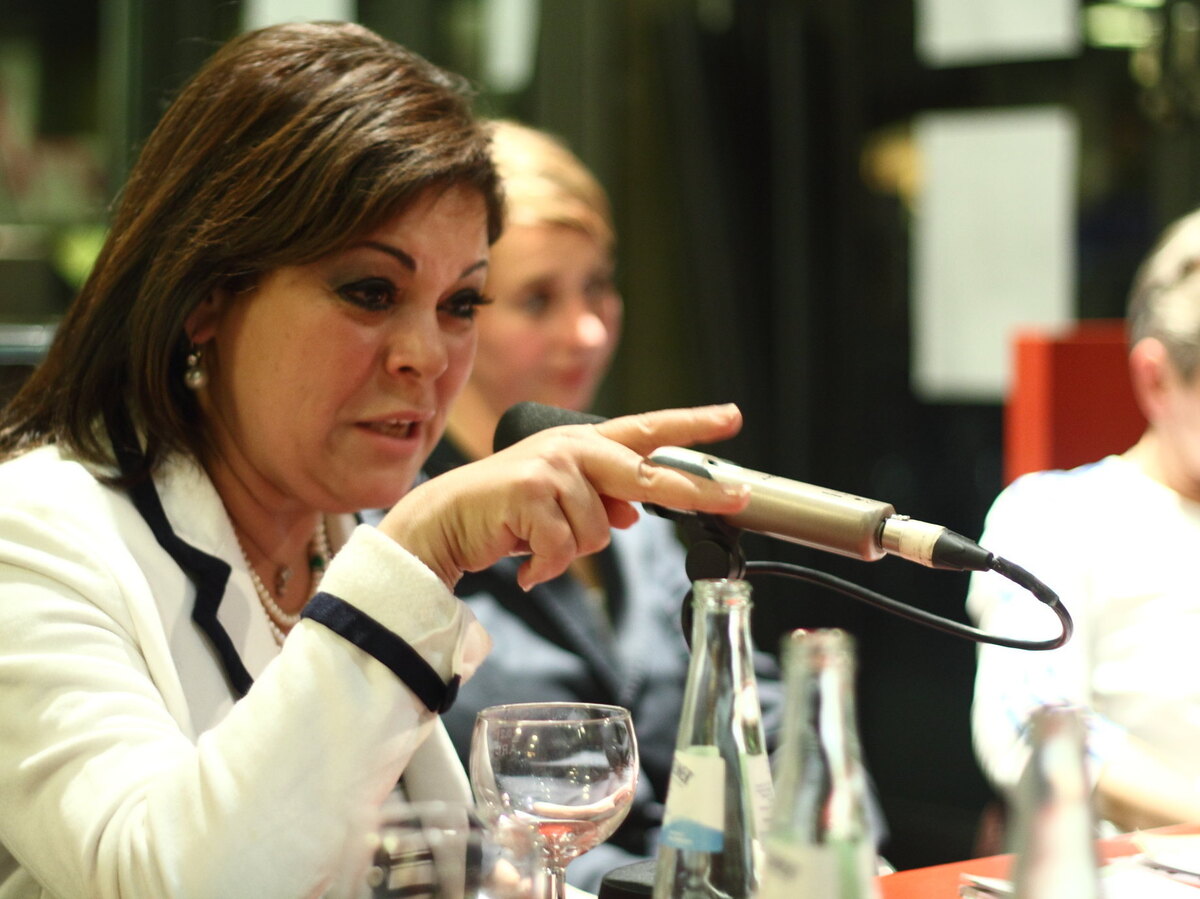 On her way to attend the women's Champions League Final in Munich, Sahar El-Hawary spoke a press conference in Berlin. "We are a football country," El-Hawary says of Egypt.

Egyptian Sahar El-Hawary recently stopped in Berlin on her way to attend the women's Champions League Final in Munich.

Berlin soccer activists, "Discover Football," which has arranged a series of talks on women's rights and the Arab Spring, invited the 53 year-old soccer pioneer from Cairo.

Dr. Sahar El-Hawary's resume is impressive: she's partly responsible for the popularity of soccer in her native country.

"Number one sport in Egypt. We are 85 million. Eighty-five million go for football - man, women, young girls, boys now. Especially after the introduction of women's football in the late nineties when I started to introduce this game. So that's the whole family going to the stadium," she says.

She was also the first female member of the Egyptian Football Federation, president of the first Arab league for women's football, the first women's referee in North Africa, and a member of FIFA.

EL-Hawary grew up with football, but she says she wasn't allowed to play during the 1980's in Egypt.

"My dad was a referee, and he was the one who inspired me. I was the only girl. I grew up in a soccer family, amongst boys, but I used to stick to my father to imitate him and everything. At that time, there was no women's football when I was in school in eighties. So of course my dad said it's not possible, but he couldn't say impossible because he believed in me and my potentials, and I was the favorite girl for him, so anything I wanted to do or say, he gave me the personality and the power."

In the early 1990's, she built her own women's football team. EL-Hawary opened up doors for women in her country and beyond its borders, but she faced many barriers; in the beginning, she trained the female players secretly in her parents' villa in Cairo.

"And I kept going for five years in my house. No one accepted us, no club, no nothing. I sponsored the whole thing alone because no one believed in us. Everyone said it's a crazy idea. When I started to show my girls in festivals, every city has a national feast, with my father's contacts- my late father had good contacts. He was well known all over the country and in the Arab region, so I took this reputation, and I worked with it."

Her commitment to encourage women in sports was rewarded in the late nineties when the Egyptian women's national team qualified for the Women's African Cup of Nations. Another of her success stories has been training female referees.

Currently, there are 42 women referees in Egypt, more than in any other country in Africa.

"I think it's a revolution in the country, in the social strategy, what I did in the start. Forget about the political revolution. What I did was a revolution in the country itself. I faced a lot of challenges in the past 13, 14 years to introduce, to make a national team. We have a national league, we have eight groups now. Lately, my last challenge is the schools. So, once it's in the schools, I won't worry. It's in the system."

Though the first free election in Egypt since the ousting of Hosni Mubarak began this past Wednesday, EL-Hawary knows there's a lot of work to be done. She hopes to strengthen women's rights and women's soccer in the emerging Egypt.

"The new stage of the constitution we are confirming, we are working on now, to have an article for sports, a right for everyone- man or woman, abled (sic), or disabled. So, this will be the turning point. We are now clinching to maintaining the activity. Not even to develop it, just maintaining it in this transitional period. We are not yet structured politically. And in a couple of months, we are aiming to make this thing go faster. That's our challenge now. So everything is in the right order. The women in Egypt now won't let anything go back."