Accessibility links
Before Leaping To 10 Golds, Athlete Beat Polio Ray Ewry is an all-but-forgotten Olympic great from the early 1900s with a remarkable story. Before winning his 10th gold medal in 10 tries, Ewry accomplished something truly remarkable: He learned to walk again. 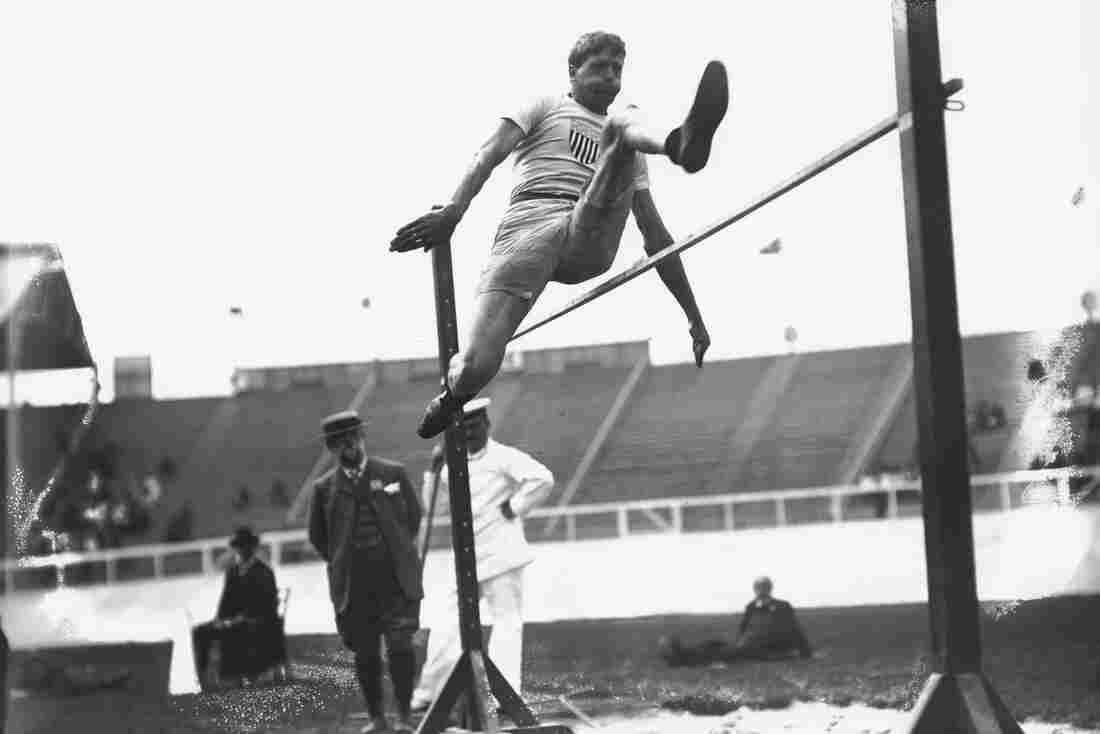 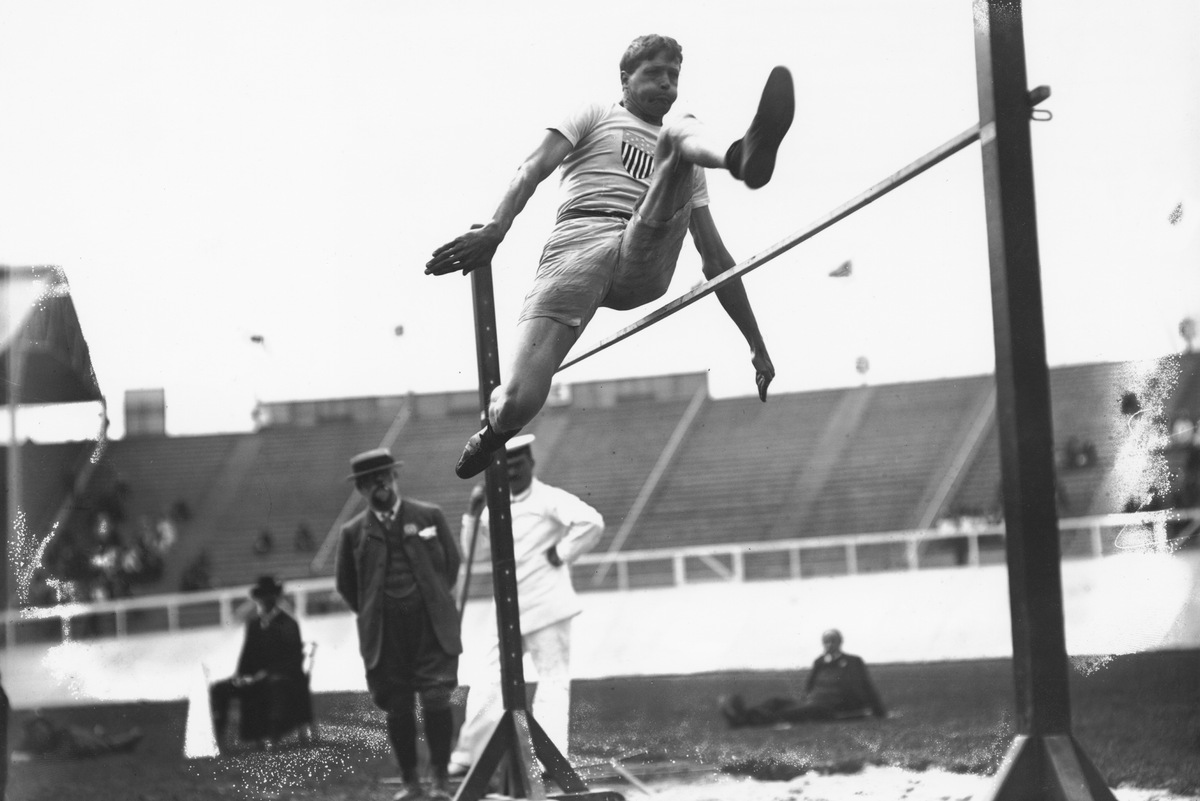 Ray Ewry wins the standing high jump at the 1908 Summer Olympics in London. Ewry won 10 gold medals, all after having overcome polio as a child.

The debate over who is the greatest summer Olympian in U.S. history is relegated to a familiar list of names: Michael Phelps, Mark Spitz, Jim Thorpe, Carl Lewis, Jesse Owens, perhaps Jackie Joyner-Kersee. Then there's Ray Ewry, an all-but-forgotten Olympic great with a remarkable story.

Ewry won his 10th gold medal in 10 tries by leaping, bounding and hopping to such heights and lengths that spectators were awed — but also dumbfounded — that a human being could perform such feats. In fact, the French dubbed him "L'Homme Grenouille," the "Frog Man."

But before Ewry ever cleared that bar in Paris in 1900 and then again at three subsequent games, he accomplished something truly remarkable: He learned to walk again.

Ewry contracted polio as an 8-year-old in 1881. Thomas Carson, Ewry's grandson and biographer, says the disease overwhelmed the doctors of Lafayette, Ind.

"He was stabbed numerous times around the knees with long pointed needles to get some kind of nerve response and, of course, when you have ascending paralysis, it just deadens the nerves from the ankles up to the hip," Carson says. "He had no feeling, so they thought he was going to be paralyzed for life."

That was the thought. The truth is, but for the polio, Ewry might not have been an Olympian. Ewry's therapist, only mentioned as "she" in the journals he kept, put her patient through a series of exercises to strengthen his legs. His 19th century rehabilitation was very similar to what today is known as plyometric training.

In 1889, Ray was a high school senior still using crutches. The following year, he was an engineering student at Purdue University who was setting records in the standing high jump and long jump, events that have fallen away from the world of track and field.

Ewry soon made his way east, where he became a member of the New York Athletic Club.

"He was an appealing fellow, who was generous with his skills," according to a contemporaneous description of Ewry from the Athletic Club archives. "He was well thought of, but also viewed as a very, very special person. I'd say as our best."

Ewry was so dominant at the standing long jump, high jump and triple jump that he was kind of boring, Carson says.

"After everybody had done their very best, Ray would walk out and beat it by half a foot or more and walk away with a gold medal," he says.

Just how impressive were his records? His best standing long jump was 11 feet, 4 7/8 inches. Nick Winkelman, director of performance education at Athletes' Performance, takes the nation's top college football players and trains them for the NFL Combine. He says current players don't come close to Ewry.

"Last year, we had Julio Jones just clear 11 feet, and that would be absolutely jaw-dropping. So to see anybody get into the high 10s — let alone break 11 feet — is absolutely phenomenal," Winkelman says.

"I can't fathom someone getting their hips, their center of mass, that high," Winkelman says.

It's easy to imagine that today the letters E-W-R-Y would be stitched on the back on an NFL jersey.

During the London Olympics in two months, you might hear Ewry's name come up ahead of the swimming. Phelps hopes to win his 10th individual gold medal, tying Ewry.

There's a wrinkle there, though. Two of Ewry's golds were won in Athens in 1906, which the Olympic Committee doesn't officially recognize, even though most historians do. Also hindering Ewry's legacy is the fact that his events no longer exist. In fact, neither do his medals. They were stolen from the New York Athletic Club and have never surfaced. But he's still there in the Olympic record books — just look at or near the top.