Accessibility links
Investors Question Fairness Of Facebook IPO The fallout from Facebook's initial public offering continues to spread, moving from trading screens to potentially the courtroom. Some of the investors who bought shares of the company filed a lawsuit alleging that Facebook and underwriter Morgan Stanley concealed information about Facebook's expected performance. 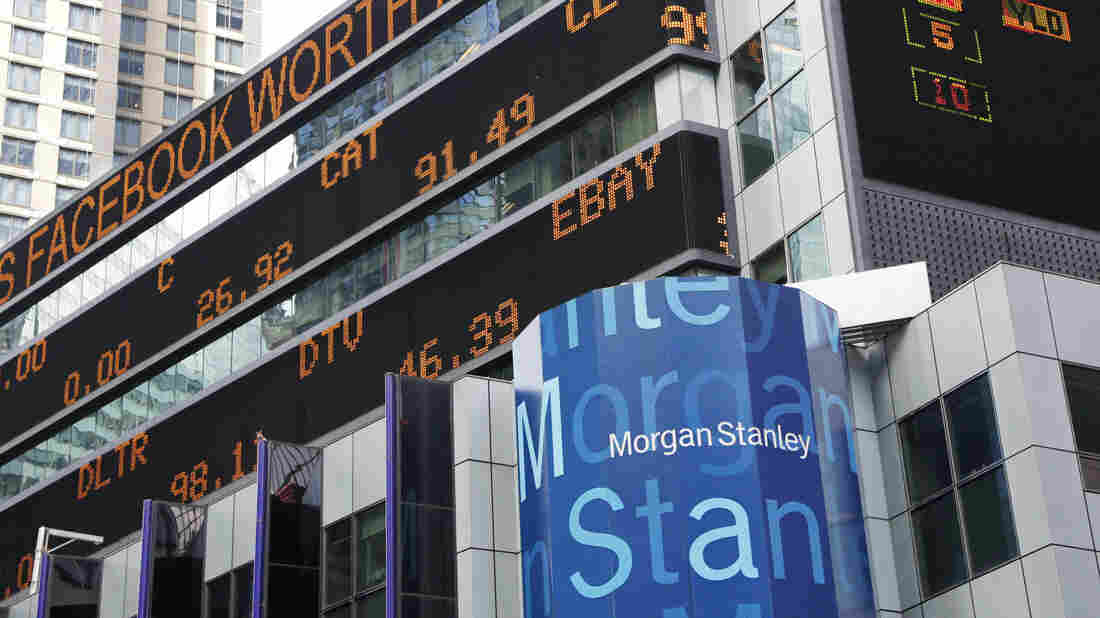 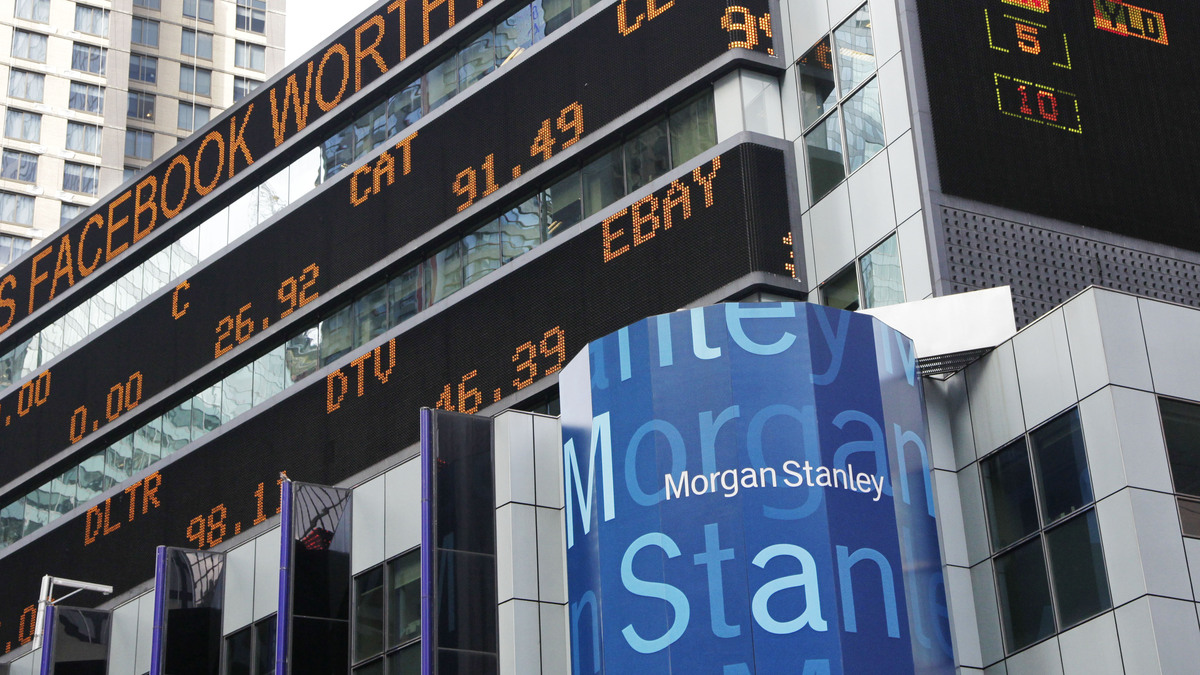 A financial news stock ticker on Morgan Stanley headquarters carries a headline about Facebook on Wednesday. Some investors wonder whether Facebook and Morgan Stanley withheld information before the Facebook stock offering.

Shares of Facebook on Wednesday made up a little of the ground they've lost since the company's troubled stock offering last week. But the company and its lead underwriter, Morgan Stanley, still face a lot of legal problems.

Some of the investors who bought shares of the company filed a lawsuit alleging that the two companies concealed information about Facebook's expected performance.

This was one of the most eagerly anticipated IPOs in a long time, and Morgan Stanley fought hard to be named lead underwriter. But almost everything has gone wrong. The first day of stock sales was marred by technical glitches. The share price fell for two days in a row. And now the two companies are under investigation by government and industry regulators about the way the IPO was handled.

"From Morgan Stanley's point of view this is a bad dream that is turning into a nightmare, because of the potential regulatory liability they may have triggered," said Mercer Bullard, who heads the investor advocacy group Fund Democracy.

At issue is whether the companies passed on all the information they knew about revenue prospects in the weeks leading up to the IPO. Some analysts, including one from Morgan Stanley itself, had expressed concern about Facebook's admission that its membership was growing faster than its ad revenues.

That suggests Facebook's profits might not grow as fast as estimated, and it's the kind of information anyone thinking of investing in the company would want to know. The allegation is that Morgan Stanley provided this information to its best clients, but not to all of them.

"For them to provide some information to one set of clients and a different set of information to others raises fundamental questions of fairness in the offering," said James Angel, an associate professor of finance at Georgetown University.

Angel says this is likely to lead to a feeding frenzy of lawsuits by investors, and in fact that already appears to be starting.

On Wednesday, three investors filed suit against Morgan Stanley and Facebook. This is a class-action suit to potentially represent all the people who bought Facebook shares in recent days. Angel says the suit will hinge in part on the kind of information that was kept from investors.

"So the question is where these material changes that would have severely impacted other people's buy and sell decisions had they known them, were they harmed as a result and did Morgan Stanley have a legal duty to disclose this?" Angel said.

Morgan Stanley declined to comment, but it did release a statement Tuesday saying it had followed the same procedures in this IPO that it does in all of the others it handles and had complied with all applicable regulations.