Accessibility links
Keys To Success From BJ's CEO: Be Nice, Speak Up Laura Sen brings an inclusive management style that has improved morale and the bottom line — all at a company that once fired her: BJ's Wholesale Club. Sen talks about her storied career, and how she was raised by a Chinese-American dad and Irish-American "tiger mom."

May is Asian-American and Pacific Islander Heritage Month. All month, Tell Me More is talking to people who trace their heritage to that part of the world and have changed the game in various fields. 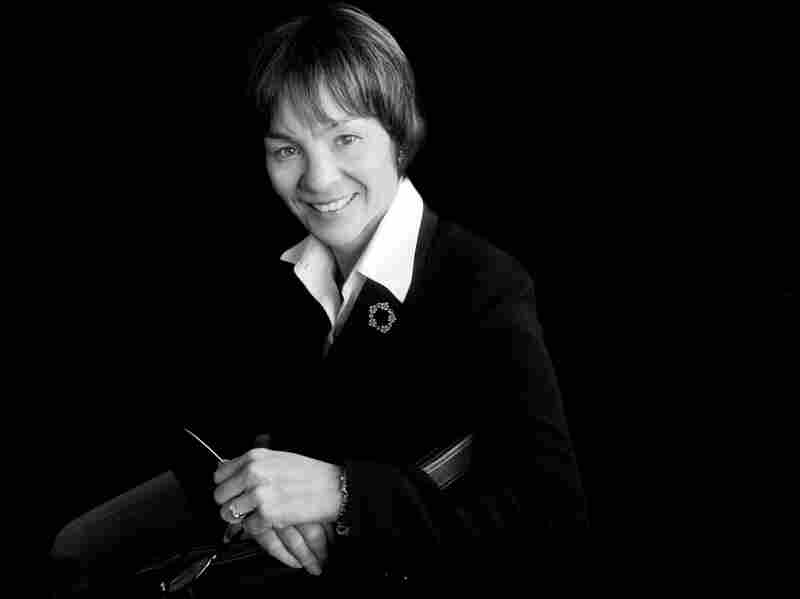 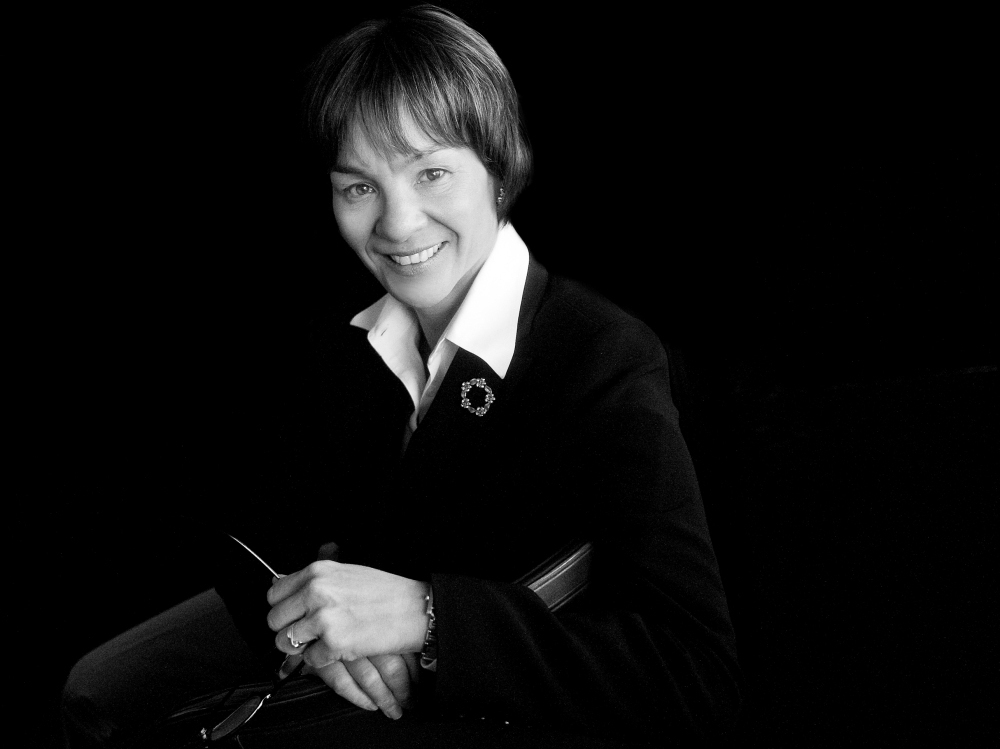 Laura Sen is president and CEO of BJ's Wholesale Club.

Business "game changer" Laura Sen is president and CEO of BJ's Wholesale Club. She was among the small group of women on the Fortune 500 CEOs list last year, and Fortune magazine named her to its 2011 list of 50 Most Powerful Women in Business.

In an interview with Tell Me More host Michel Martin, Sen says she grew up with great support and high expectations. She and her siblings became top students and good athletes thanks to the push from their Irish-American "tiger mom." Her father's parents emigrated to the U.S. from China in the late 1800s.

During her time at Boston College, Sen studied French and did not have definite ideas about a future career. She eventually took up retail because she enjoyed shopping and was enthusiastic about working in a department store.

Sen describes retail as the perfect blend of art and science: On the science side, there's data to help analysts understand trends in consumer behavior, finances and business; and on the art side, it's all about design, products and staying relevant to people's wants.

"I also love the fact that, you know, there's about over 24,000 team members at BJ's and leading a group of people that large is a humbling thing," she says. "It's a huge responsibility, and it's a huge challenge."

Sen has built relationships with people at every level within BJ's. She visits colleagues at the stores, eats with them in the company cafeteria, and likes to ask how they'd improve BJ's if they had a magic wand. 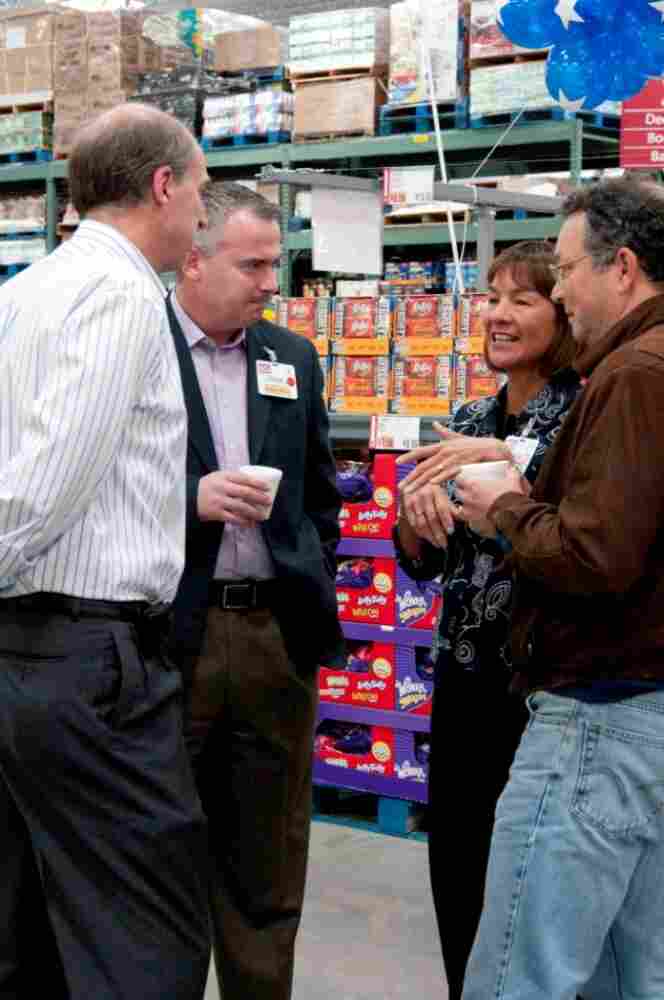 Laura Sen talks with team members at the opening of the Northborough, Mass., club in September 2011. Courtesy of BJ's Wholesale Club hide caption 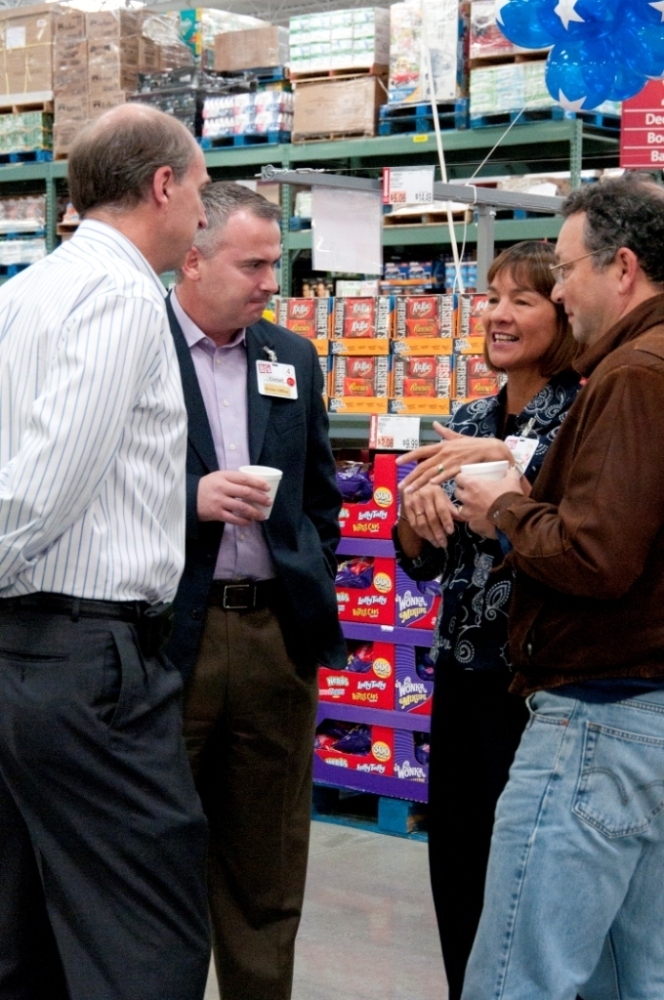 Laura Sen talks with team members at the opening of the Northborough, Mass., club in September 2011.

"I just feel like team members are less likely to be frank and candid if they think you're some power figure up on a pedestal or whatever," she says.

But Sen's rise at BJ's was not without obstacles. She joined the company in 1989, was fired by the candidate who beat her for the top job in 2003, returned in 2007, and was named president and CEO in 2009. Reflecting on that experience, Sen says "the world is round": You will always run into the same people, companies or institutions throughout your career journey.

When Sen was asked to leave BJ's, some people encouraged her to mount a legal challenge, but she had no stomach for it. "If I hadn't done what I consider to be the high road, I wouldn't be where I am today," she says.

Sen also mentions philanthropy as part of the route to success. She says that her relatives liked to gamble, and when they won money, they gave some of it away to attract more good luck.

"And I have to say that in my experience in being very philanthropic, I've always found that I get way, way more – I get way more back than I ever give," she says. "That's a lesson that I've taught my children, and hopefully they will carry that on."

Sen says the most important thing to understand in business and life is the power of communication: "The tool that we all have at our disposal and the tool that is most important to use in forging relationships and finding solutions and to move along in the career ladder is communication. And I think that it's so important to think about what the other person is saying and listen hard, to think really hard about what you're saying and how to present that point of view."