Accessibility links
Movie Review - 'The Intouchables' - An Unlikely Friendship, Made For The Movies Based on a true story, a popular award-winning French film follows the therapeutic relationship between a quadriplegic aristocrat and his ex-con caretaker. Critic Mark Jenkins says The Intouchables is likable, but airbrushes the sociocultural conflicts inherent in its material.

An Unlikely Friendship, Made For The Movies

An Unlikely Friendship, Made For The Movies 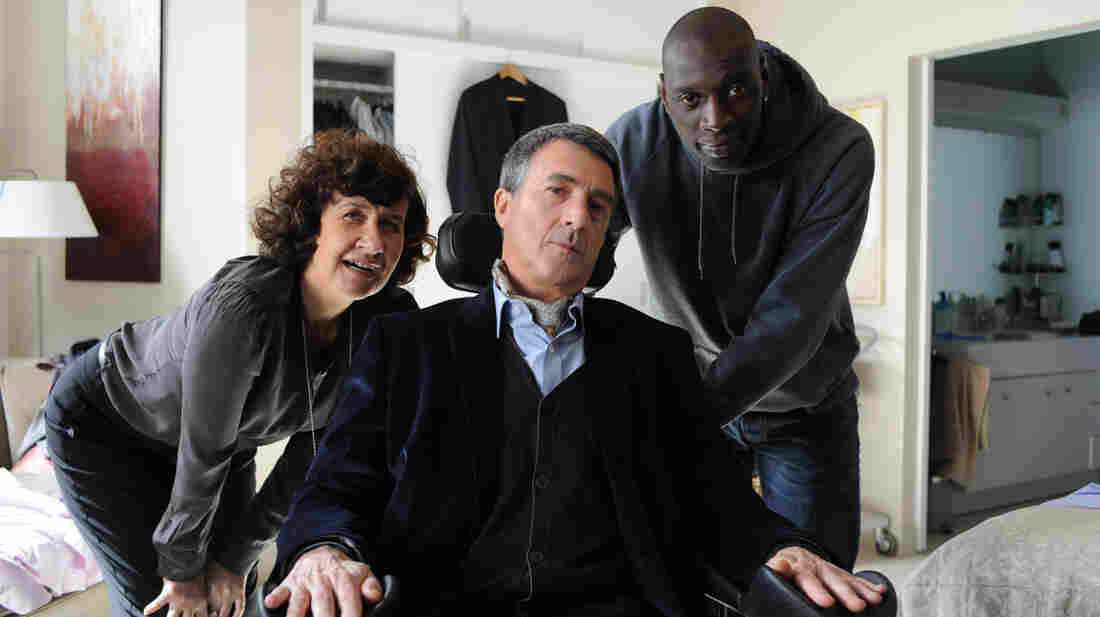 Rated R for language and some drug use

From 'The Intouchables' - 'Dance'

From 'The Intouchables' - 'Skydiving'

During The Intouchables' opening sequence, a black driver takes a white passenger on a wild ride through contemporary Paris at speeds that attract the police. When pulled over, the motorist claims he's hurrying to the hospital, and his charge — who turns out to be quadriplegic — pretends to be having a seizure. After the cops depart, the two men share a laugh and a cigarette; then they roar off, blasting 1970s funk.

Except that it sort of is. The Intouchables, reportedly the second highest-grossing film in French history, will seem pretty familiar to Americans. It's the standard fable of a therapeutic relationship between an uptight older white person and a sassy young black guy, and a fish-out-of-water story that swims through a well-charted pond. It goes without saying that a Hollywood remake is planned.

Writer-directors Olivier Nakache and Eric Toledano have a few things in their favor. Rich, sophisticated and immobile Philippe (Francois Cluzet) and poor, naive, exuberant Driss (Omar Sy) are based on actual people. That provides the filmmakers some real-life details they probably wouldn't have thought to invent. And the film is set safely in France, which has a different set of sociocultural divides than does the U.S.

In fact, Nakache and Toledano switched the caretaker character's background to Senegalese from Algerian. Driss' actual counterpart, glimpsed with the genuine Philippe at the movie's end, is named Abdel. Arabs, apparently, are a riskier bet at the French box office.

After its introductory lark, the movie flashes back to the men's first meeting. Driss arrives at Philippe's grand Paris apartment with no expectation of being hired; fresh from a prison term, Driss simply wants proof that he applied for a job, so he can get benefit checks. 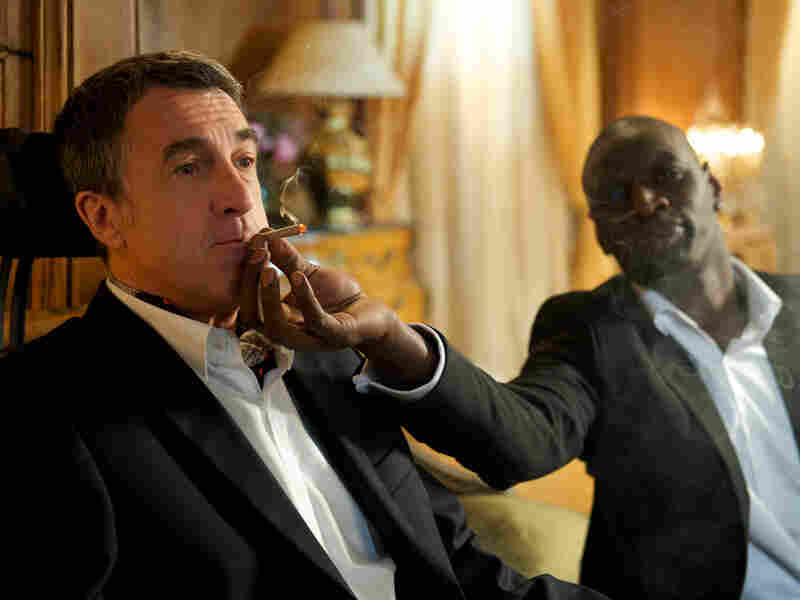 The men find they have more in common than they expect — including a fondness for weed. Weinstein Co. hide caption 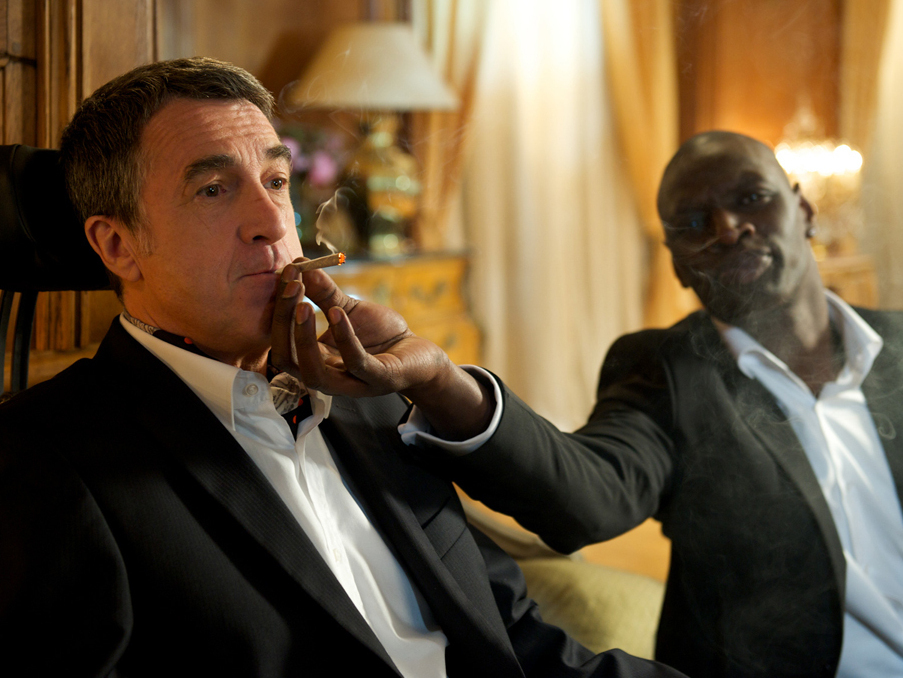 The men find they have more in common than they expect — including a fondness for weed.

Phillipe's several assistants expect that Driss will be quickly dismissed. But their boss likes the guy's cockiness, and his lack of pity. Driss is utterly unqualified to take care of an invalid, and the movie gets some edgy laughs from the new employee's disregard for his patient's safety. But he's skilled at friendship, and the two become buddies.

Bolstering this implausible bond is the fact that Philippe, for all his interest in classical music and modernist painting, is a committed daredevil. He was injured in a paragliding mishap and still loves extreme physical sensation. And the two men are equally dedicated to amour, although Driss' approach is understandably more direct. He tries to persuade Philippe's voluptuous secretary (Audrey Fleurot) to take a bath with him; his boss, a widower, writes high-minded romantic letters to a woman he expects never to meet.

Driss, for all his macho bluster, is quite the matchmaker. He intervenes not only in Philippe's love life but also in the tragic teen romance of his employer's spoiled daughter (Alba Gaia Bellugi), an imperious brat who is forced to admit weakness when her boyfriend dumps her.

While Philippe and Driss both enjoy high-speed drives — and marijuana, which the caretaker introduces to his patient — their musical tastes remain in conflict. Driss guffaws helplessly at opera, and knows the classics only from their most banal uses in everyday French life. His own classics include George Benson and Earth, Wind and Fire.

George Benson and Earth, Wind and Fire? These retro musical choices reveal The Intouchables' timidity. The movie, while inherently patronizing, is frisky and mostly likable. But its amiability depends on airbrushing potential sources of misunderstanding, both cultural and political. That Driss doesn't listen to Jay-Z may be just a small incongruity, but it's a telling one.