Accessibility links
Movie Review - 'OC87' - A First Film, Personal And Hard-Won Bud Clayman dreamed of becoming a filmmaker in Los Angeles, but those dreams were complicated by his Asperger's syndrome, OCD, bipolar disorder and depression. Three decades later, he's co-directed a film about his struggles with mental illness. 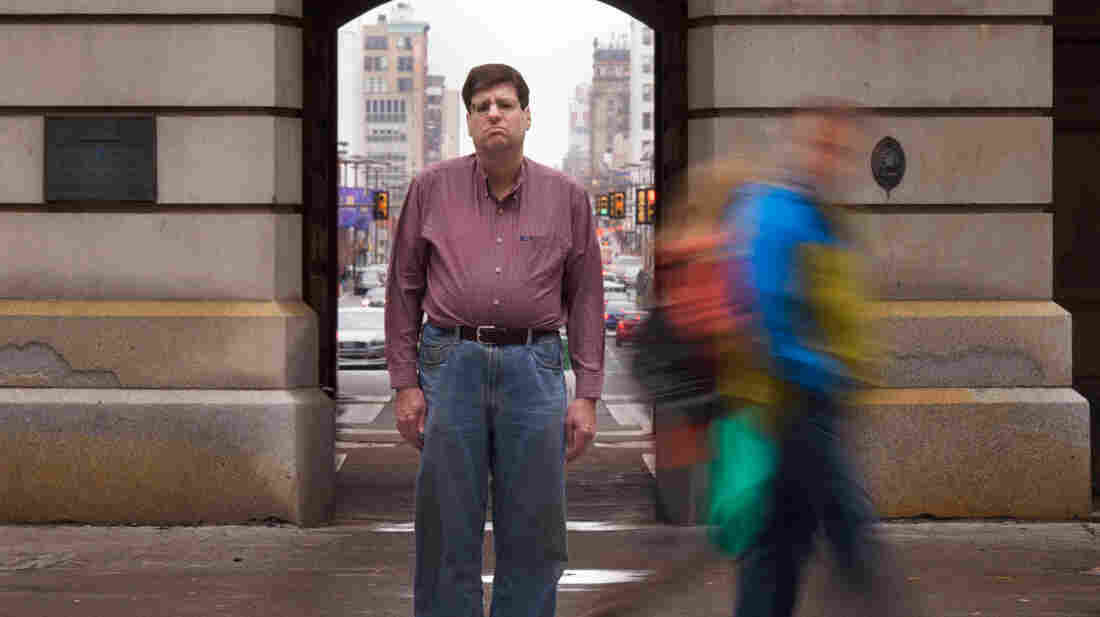 Soon after college, Bud Clayman found his filmmaking aspirations interrupted by mental illness. He documents his struggles with Asperger's syndrome, OCD, bipolar disorder and depression in a film that he says is not "about hand-washing," but about the endless circle of his thoughts. Fisher-Klingenstein Films hide caption

Bud Clayman is not the sort of person who typically attracts cameras. Pudgy, with a droning voice and a cackle his own father says makes him sound like a chicken, Clayman harbored dreams of becoming a filmmaker in Los Angeles after college — dreams complicated by his Asperger's syndrome, obsessive-compulsive disorder, bipolar disorder and depression.

Three decades and several breakdowns later, he's made his first film: a document of his own struggles with mental illness.

OC87, named for the year Clayman experienced his initial breakdown (and the shorthand he uses to describe his altered state of mind), is one man's attempt to exorcise his demons.

But it's not exactly a singular vision. Clayman has difficulty making decisions, and so shares director's credit with psychologist Scott Johnston and veteran documentarian Glenn Holsten (Saint of 9/11), who keep the camera focused squarely on Clayman.

They alternate interview segments with some inventive scripted sequences, the latter re-creating the internal debates Clayman has when confronted with basic social situations like buses and restaurants.

The film isn't really about all the hurdles listed in its unwieldy subtitle — The Obsessive Compulsive Major Depression Bipolar Asperger's Movie — as much as it is about Bud Clayman. Ultimately it's someone else's diary. There are many moments where Clayman's experience speaks to something universal, but other details feel too private, too specific, for our eyes.

We watch Clayman's first student film, a tour video for his Jewish high school where, strolling through the grounds, he sings the praises of the "confidence" the school provides.

We observe him at a speed-dating event, where he chats about movies with every rotation. 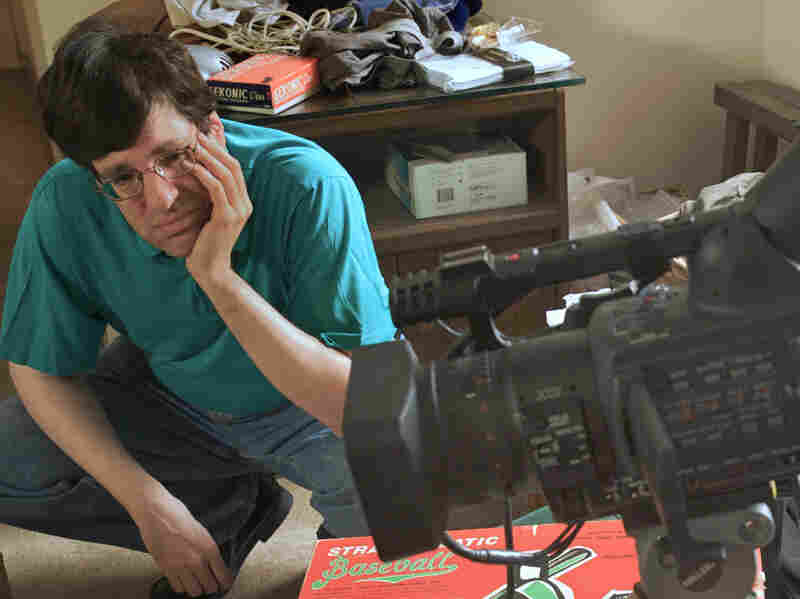 Clayman on the set as subject and co-director of OC87. Fisher-Klingenstein Films hide caption 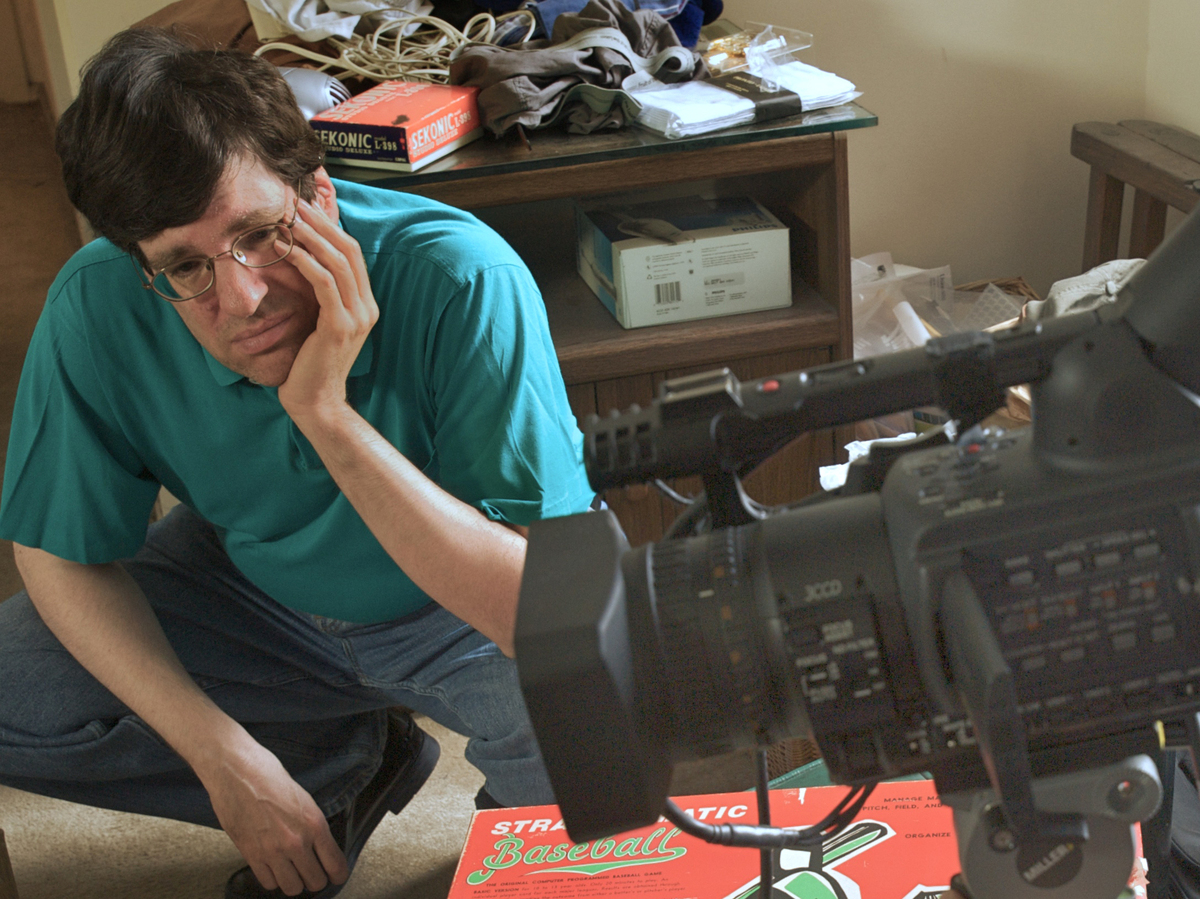 Clayman on the set as subject and co-director of OC87.

And we see his struggles with the film itself, as he argues with his co-directors over his right to lean back in his chair. Over the course of some embarrassingly poor, zoom-happy camerawork — not Clayman's doing — we rarely leave the man's side.

This insularity becomes stuffy after a while. Claustrophobia is the point, of course, since Clayman's daily struggles take place inside his own head. And he has an endearingly wry and self-deprecating on-screen presence, laughing at his disheveled apartment and overstuffed wallet.

Yet as viewers, we may instinctively crave more than what Clayman alone can offer us. Segments where he cedes screen time to others, including the bipolar General Hospital actor and mental-health advocate Maurice Benard, are a relief.

As impressively candid as Clayman is on camera, he's still holding back, often lapsing into psychology-approved terminology. How close did he come to the edge? How did he spend his years in treatment? Does he think, at the conclusion of this movie, that he'd be capable of directing one by himself? His climactic revelation, a staged showdown with his "darker side" modeled after a Lost in Space episode, is fun but empty, and makes for an unsatisfying conclusion.

More revealing are Clayman's interactions with his parents. His faithful mother, Lila, selflessly donates her level head to the gargantuan task of cleaning the apartment, while his watch-mogul father, Mort (who reluctantly bankrolled the film), still harbors doubts about the validity of the therapist's diagnosis. Bud was just "lazy," Mort insisted when the problems started. The label is telling about the contrasting ways the two men interpret the world, and its quick mention makes for one of the film's most profound moments.

But Bud's not lazy, not by a long shot. In OC87 he represents a group of people who are rarely offered any media exposure, and he comes bearing a message of hope rather than just a sob story. He has something valuable to offer, even as we wish there were more like him on screen.