Accessibility links
Cannes Diary: Ticket Tactics, Plus A Surprise Great Performance In his final dispatch from the Cannes Film Festival, critic Raj Ranade takes in a capitalist critique from Cronenberg and a meditation on love from an Iranian legend. 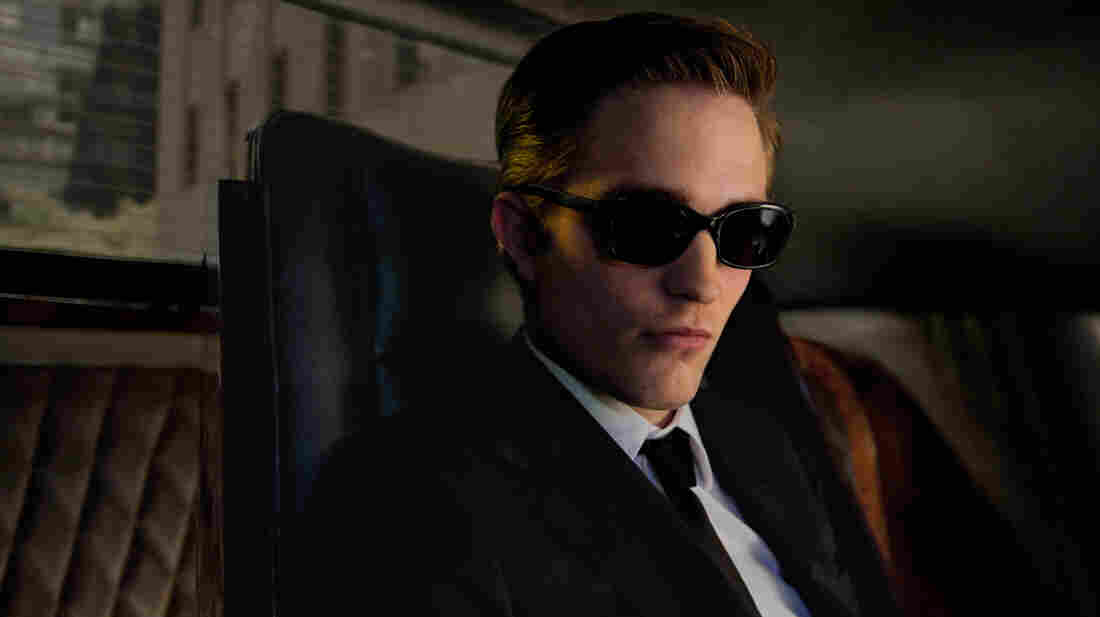 A strong competition lineup has kept audiences eager inside the halls of the Palais de Festival du Cinema, but if you want to see true movie love in action, look at the crowds just outside Cannes theater entrances.

This is where impeccably dressed young people hold up handmade signs for hours on end, asking or bartering for screening tickets. Sample trades offered include hugs, made-to-order poetry and back flips — though no one has been more convincing than the girl seeking tickets for Abbas Kiarostami's Like Someone in Love by cooing the Ella Fitzgerald standard of the same name.

I was skeptical about this ticket-seeking approach — I have enough trouble getting into screenings as accredited press — but the seekers I spoke to said it's more effective than you'd expect. People in the movie business get plenty of free tickets, but being in the movie business often makes them too busy to watch movies.

And sure, there are ulterior motives involved in this waiting game — it's impossible not to be surrounded by tall drinks of water in Dior while ticket-hunting, and someone has to comfort them when they miss out on that new Cronenberg movie. But who cares? It's the promise, if not the practice, of movie-watching that's bringing people together — and isn't that what film festivals are all about?

I'll refrain from joining in the annual Cannes tradition where critics confidently set odds on awards winners and are proven completely wrong; the random nature of the Cannes jury (sample members this year include Ewan McGregor and fashion designer Jean-Paul Gaultier) makes guessing Cannes awards way more of a crapshoot than your average awards predictions.

But here, to recap the fest, are a few distinctions of my own creation:

Weirdest Movie-To-Movie Conversation: There were giggles in the theater when a doomed Wall Streeter (Robert Pattinson) in David Cronenberg's Cosmopolis asked his driver, "Where do these limos go at night?" That question had been memorably answered a few days before, in a scene in Holy Motors where a set of anthropomorphic limos do a kind of Waltons routine and wish each other good night.

The films are unlikely companion pieces in other ways, as well: Both are absurdity-tinged limo journeys into the night toward madness. Cronenberg's film follows a finance whiz kid who's confined to his limo by New York traffic and an Occupy-flavored protest movement with a fondness for pelting the wealthy with dead rats.

It's an odd cinematic construction consisting mostly of recited monologues from Don DeLillo's source novel, reflecting on capitalism at its most dystopian. You're as flooded with ideas and data as these currency traders at their blinking touch screens, but Cronenberg amps up the tension with shocking imagery and smart staging; a final 20-minute confrontation between Robert Pattinson's lead and a downtrodden wannabe assassin (Paul Giamatti) is a particular barnstormer.

And it helps that the film contains the festival's Most Unexpected Great Performance from Pattinson. He's appropriately icy and reptilian, but he's not without an odd persuasive charm; when I say that the character functions like Gordon Gekko crossed with a more literal kind of bloodsucker, I mean it as praise.

Best Between-Screening Meal: It might sound awful to have to eat food-cart hot dogs and crepes all the time while dashing between festival screenings — a decent sit-down meal starts at around 15 euros, assuming you can find a table anywhere. But when even the lowliest-seeming stands offer spicy merguez sausages in freshly baked baguettes, alongside crepes spiked with a bit of Grand Marnier, it becomes very hard to complain.

Scene That Best Represents The Experience Of Watching The Movie Around It: the part in Lee Daniels' The Paperboy where Nicole Kidman attempts to save Zac Efron from a jellyfish-sting reaction by urinating on his face. The less said about this one, the better.

Most Surprising Use Of Surprise Tactics: I won't spoil how Abbas Kiarostami gets the audience to jump in his new film Like Someone in Love, but the fact that the famously cerebral, meditative Iranian director (behind films like Certified Copy) even tries is an event.

The movie opens with a girl (Rin Takanashi) on the phone in a Tokyo bar, attempting to convince her boyfriend she's somewhere she isn't. It's the first of many deceptions and mistaken identities in this fascinating puzzle-box of a film.

She's a college student with a sideline as a call girl, hired for the night by an elderly man (Tadashi Okuno), although he doesn't seem to have any interest in sex once she gets there. He drives her home the next day, and they run into her boyfriend (Ryo Kase), who assumes the man is her grandfather; no one corrects him. The result is an alternately funny and bizarre story about generation gaps, the survival of the fittest, and the kinds of performances that are a part of love — that "like" in the title is key.

It's almost impossible to figure out where this gorgeously shot film is going from scene to scene, and though the pace is stately, the result is still exhilarating. You come out of the theater flush with the joy of having seen something that's not quite like anything you've found before. It's the kind of feeling you always hope for when you come to a place like Cannes.