Accessibility links
The Lumineers: Chasing Big Dreams Out West After years struggling to make it in New York, the folk group left everything behind and settled in Denver. The band released its self-titled debut album this spring. 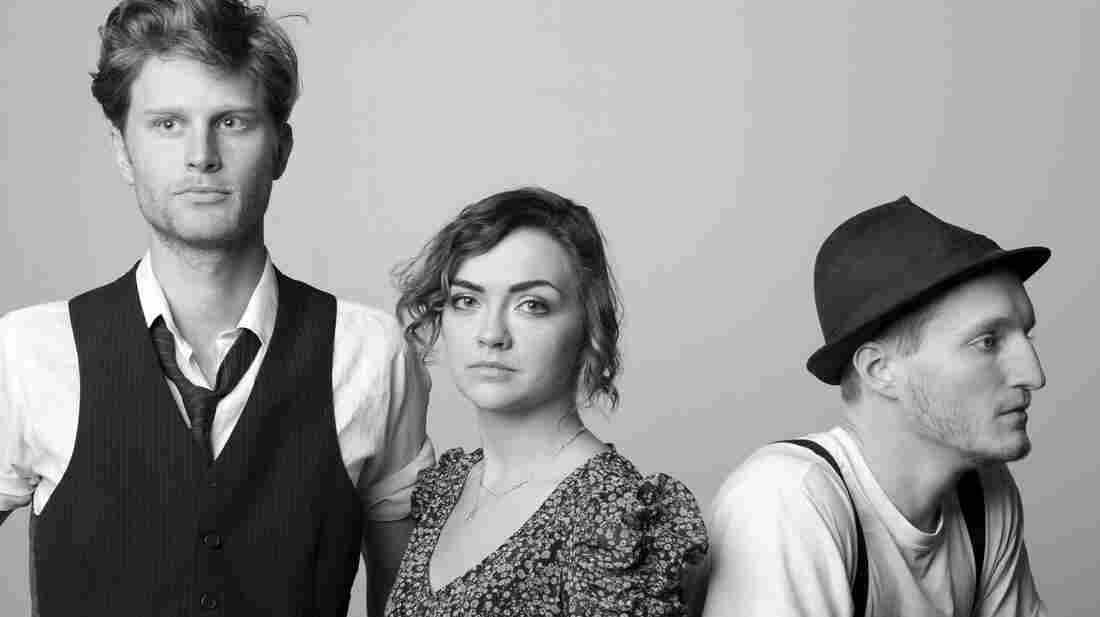 The Denver folk group The Lumineers was founded in 2002 by Wesley Schultz and Jeremiah Fraites, who grew up together in the New Jersey suburb of Ramsey. In its early days, the band had its sights on nearby New York as the gateway to success.

"I remember one of our friends and musical acquaintances on the East Coast said the first rule of being a band is, you make the nearest, largest city your mecca," Fraites tells weekends on All Things Considered host Guy Raz. "We took that as gospel: 'Let's go to New York City every other week, time and time again, and things will get going for us.' "

That momentum never quite came. As grateful as Schultz was to the band's few New York fans, he grew frustrated promoting shows only to have the same handful of people come out each time. "I think we just thought that if we could go somewhere where we could afford to work on music and tour, that's probably the solution — and don't worry about all the other details," he says. "And that's why Denver made sense."

The band released its self-titled debut in April. In press for the album, the band has referenced a quote from a 1992 New York Times article: "I spend a lot of time on my drawings, and it turns out real good 'cause I've been practicing a lot." The speaker is a 9-year-old Schultz, quoted in a piece about a Beethoven impersonator visiting his school. Schultz says that when a friend dug up the article a few years ago and sent it to him, it reminded him how long he'd wanted to be an artist.

"That was pretty surreal to read that, because I kind of felt crazy at the time pursuing music, kind of questioning whether or not I was just doing it out of being stubborn," Schultz says. "It was kind of reassuring to see that I did have some intention with that, even at an early age."