Accessibility links
From Canada Down To Argentina, The Oil Flows U.S. oil production has been on the rise, and that's been widely noted. But the same is true throughout the Americas, which are now home to four of the world's top nine producers.

Listen
From Canada Down To Argentina, The Oil Flows 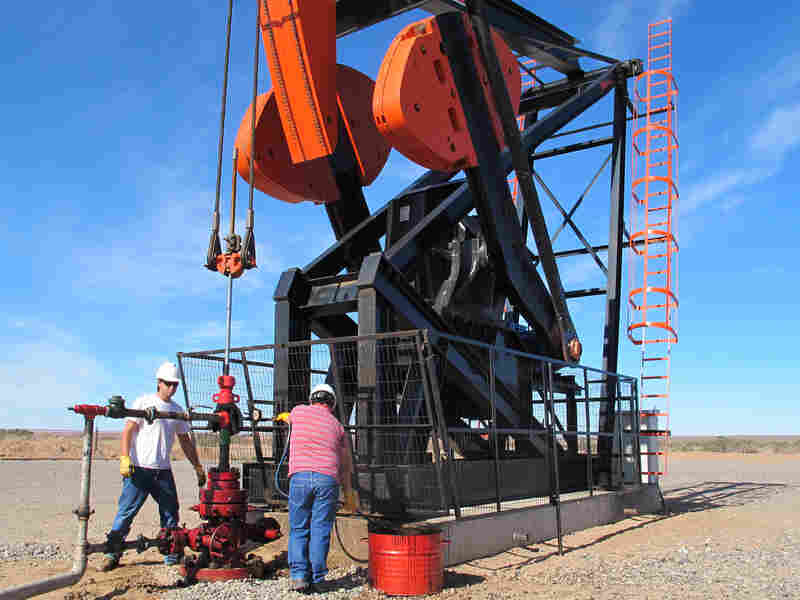 Like countries throughout the Americas, Argentina is feverishly drilling for oil and gas. Workers are shown here at a derrick in the desert in southern Argentina. Juan Forero for NPR hide caption 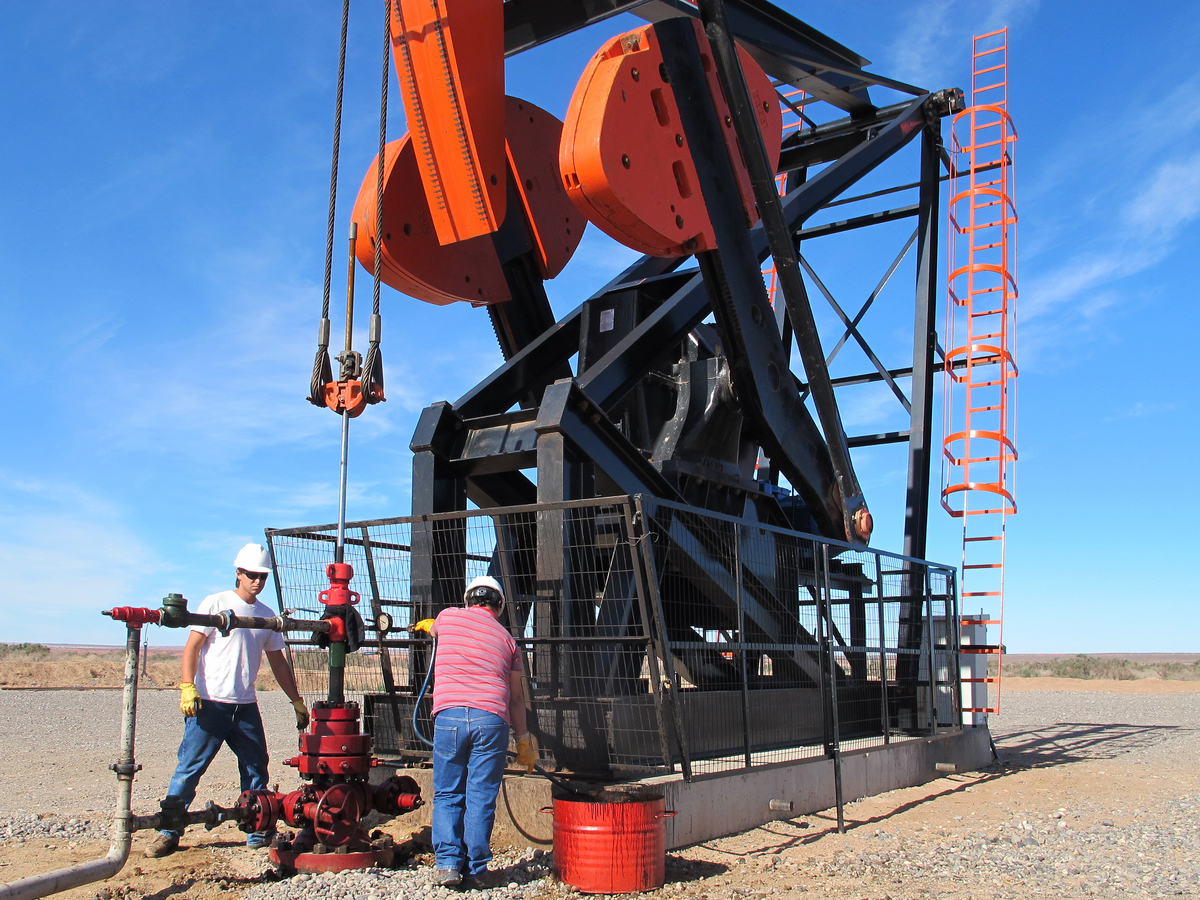 Like countries throughout the Americas, Argentina is feverishly drilling for oil and gas. Workers are shown here at a derrick in the desert in southern Argentina.

As the wind whips across the scrub grass in southern Argentina, a crane unloads huge bags of artificial sand for oil workers preparing for the hydraulic fracturing, or fracking, of a well.

Energy analysts believe there are billions of barrels of oil and gas buried in a desert-like patch in Patagonia.

In many places in the Americas, oil discoveries are being made and production is rising. In the U.S., for example, the same kind of technology has permitted oil companies in North Dakota to ramp up production to nearly half a million barrels a day.

The growing production in the Americas is changing the world's energy equation, with the U.S. now less dependent on Persian Gulf oil.

More Oil From The Americas

Four of the world's top nine producers are in the Americas:

Perez says the day could come when thousands of wells pockmark the land above Vaca Muerta, the huge energy-rich formation here.

"Yes, yes," he says, "I think that's what's going to happen. The projections are very positive."

A Trend Throughout The Americas

The projections are positive up and down the Americas.

Production is rising fast in Canada, Colombia, Brazil and in the United States, which increased output by 1.7 million barrels in just six years.

RoseAnne Franco of the energy consulting firm Wood Mackenzie has been closely tracking the rise in production.

She says there's a twofold reason for the rise: high oil prices and technologies such as fracking that are unlocking the potential for hard-to-reach oil and gas.

"You are seeing that in North America, but you are also seeing that in Latin America," she says. "So areas that are more difficult to produce, such as heavy oil in Venezuela, the pre-salt in Brazil, it's now more economical."

Oil companies are also drilling in the Arctic Circle, in the heart of the Amazon, off the Falkland Islands and in the waters off French Guiana.

This new scenario comes as exports to the United States from all but one major OPEC country have fallen in recent years.

More than half of all U.S. imports now come from countries in the Americas, while just 22 percent comes from the Persian Gulf.

That doesn't mean that the oil and gas in the Americas will be easy to produce — or that countries with large, undeveloped fields will be able to get them online fast.

In Argentina, some oil analysts consider the government's populist policies an obstacle to development.

Crowds recently celebrated on the streets after Congress unanimously approved the expropriation of the country's biggest energy firm, YPF, from its Spanish owners. 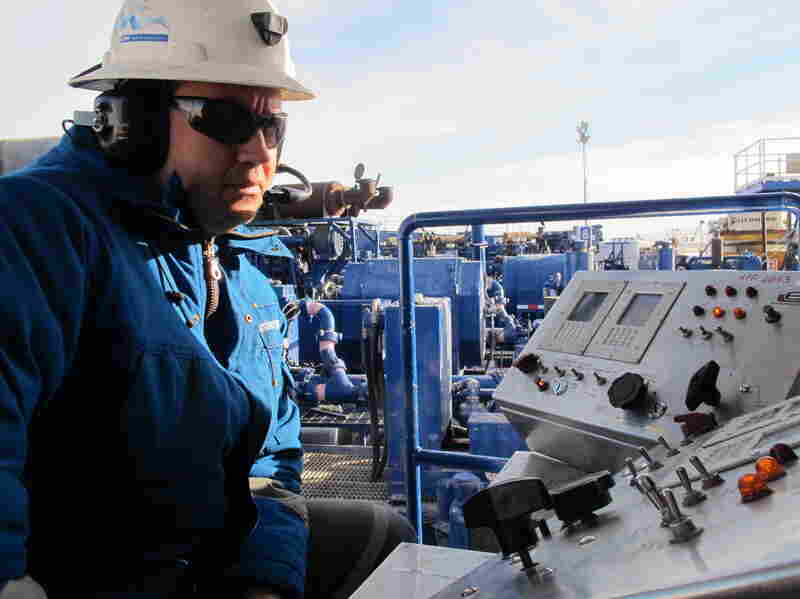 Oil workers in southern Argentina help guide a load of artificial sand that is then blasted at high pressure with waters and chemicals into a well, the process known as hydraulic fracturing, or fracking. Juan Forero for NPR hide caption 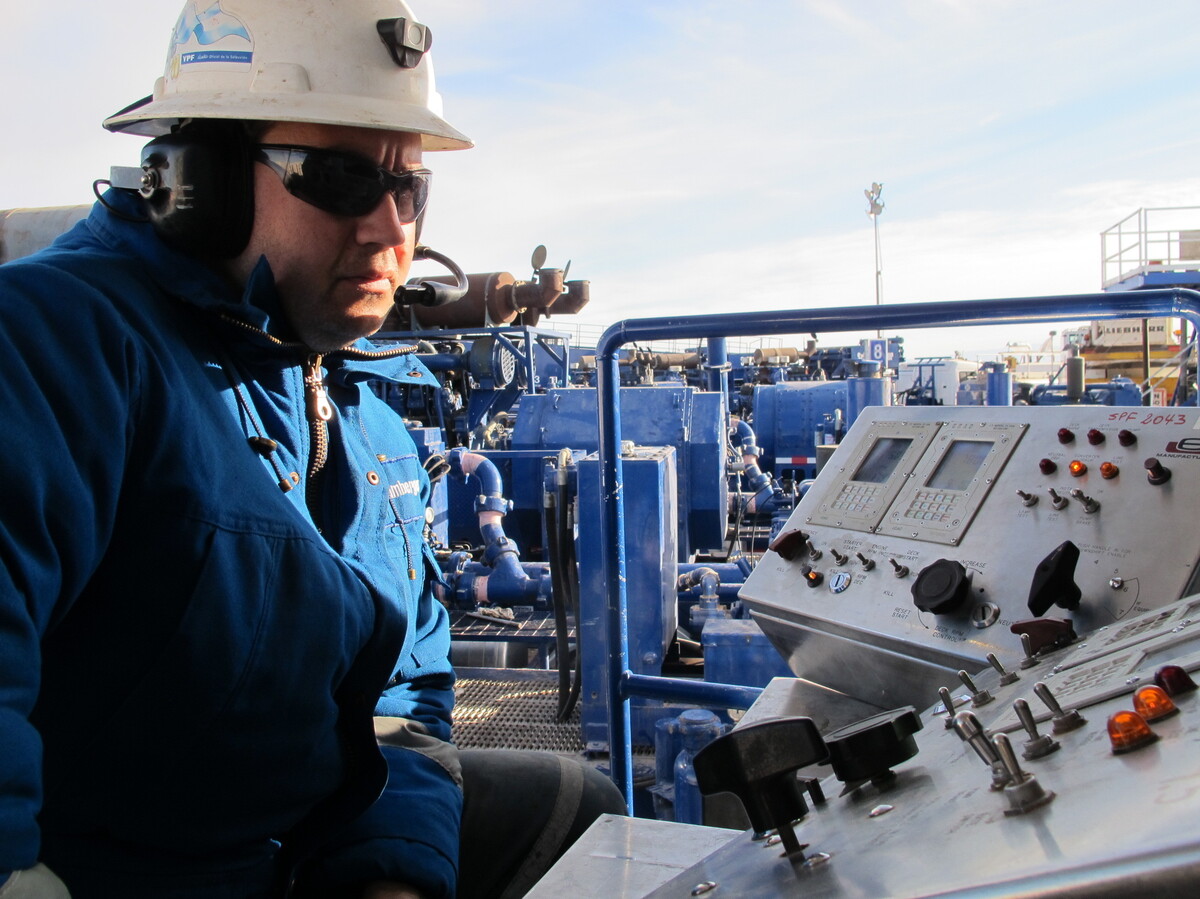 Oil workers in southern Argentina help guide a load of artificial sand that is then blasted at high pressure with waters and chemicals into a well, the process known as hydraulic fracturing, or fracking.

That has spooked other oil companies.

Their concern wasn't lost on Ruben Etcheverry. He's among the regional energy officials in Patagonia who are trying to assure oil companies that they're welcome and needed to develop potentially lucrative formations.

"What we need is more technology and investors," he says. "And I think that we have not convinced but talked with them, and they have understood that it would be for them a good activity, a good business, also to establish here."

Some major oil companies are already in Argentina, among them ExxonMobil. American companies better known for their fracking technology are here, too, such as Apache and EOG Resources.

One of the veterans of many an oil exploratory well is Juan Carlos Montiel of YPF, the Spanish firm that was recently nationalized by Argentina.

Wearing a hard hat and steel-capped boots, he walks amid roaring pumps as they rev up to drill.

He talks excitedly about the 1,200-horsepower pumps that blast water and how the operation relies on huge water containers, hose lines and computerized equipment. With this exploration that's taking place, he says, Argentina will greatly increase its production of gas and oil.