Accessibility links
First Listen: Liars, 'WIXIW' Angus Andrews and his band defy expectations with every new album. On their sixth record, WIXIW (pronounced "wish you"), they enlisted help from Mute Records founder Daniel Miller to shape their most electronic art-rock record to date. 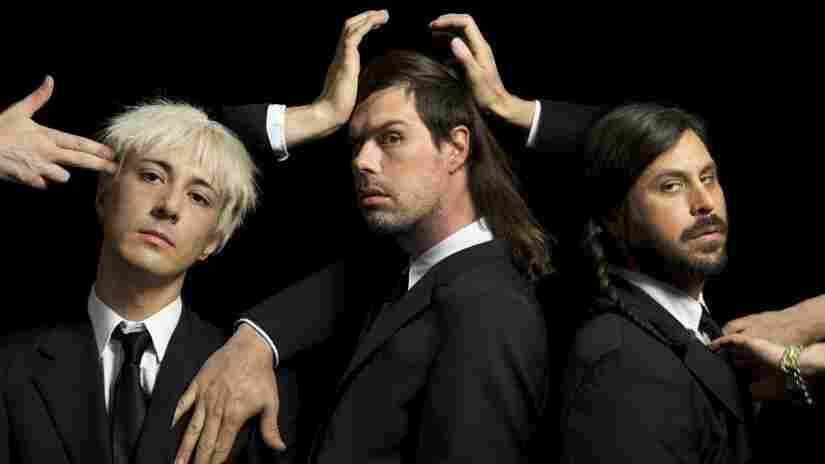 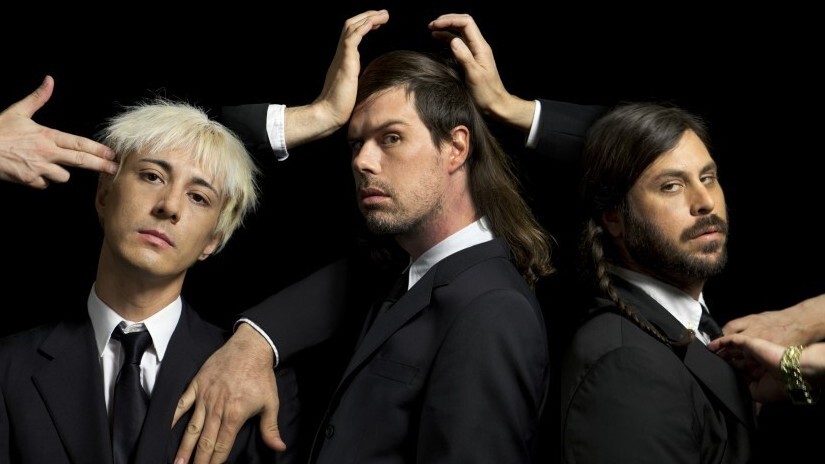 WIXIW, out June 5, may just be the best Radiohead album since Kid A. In all seriousness, when you listen to the new Liars album — as you should many times over the next week — imagine Thom Yorke's falsetto taking the place of Angus Andrews' less distinctive but no less effective voice amid the barrage of intricate electronics. At times, it's almost as if Andrews is rubbing it in Yorke's face, like in "Ill Valley Prodigies" or the title track. These are the sort of songs disappointed Radiohead fans wanted on The King of Limbs.

The similarities shouldn't come as a surprise. Yorke has long been a fan of Liars, as he told NPR Music's Bob Boilen in this Guest DJ session, and the two bands toured together in 2008. Both groups love to experiment within the rock template — so much so that you never know what their next records will sound like. WIXIW (pronounced "wish you") is Liars' "electronic" record, and a darn good one at that. Whereas Radiohead basically mimicked its favorite U.K. bass producers on The King of Limbs, Liars' productions, aided by Mute Records founder Daniel Miller, don't sound of any particular time or place. That's a good thing.

For those who've read this far and still pine for the dance-punk of 2001's They Threw Us All in a Trench and Stuck a Monument on Top, just skip to WIXIW's penultimate track, "Brats" — you won't be disappointed.