Accessibility links
75 Years Ago, A Deadly Day On The Golden Gate Constructing the iconic bridge was a coveted job in Depression-era San Francisco. The work was dangerous, but the men were careful and years passed without a single fatality. Just months before it opened, however, the bridge finally claimed its due — all in a few horrifying seconds. 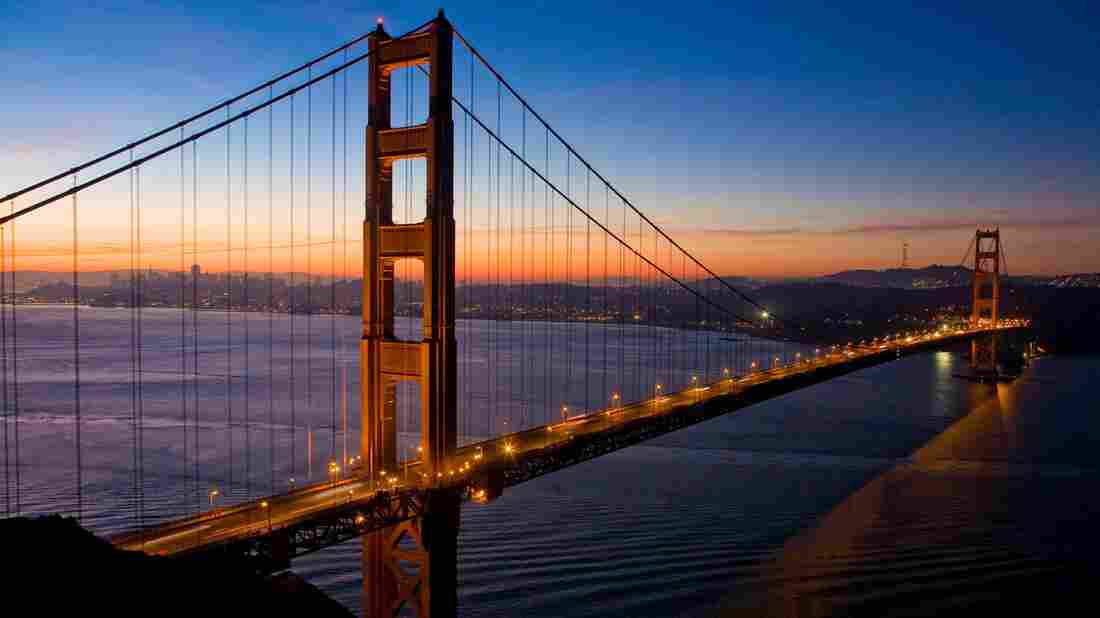 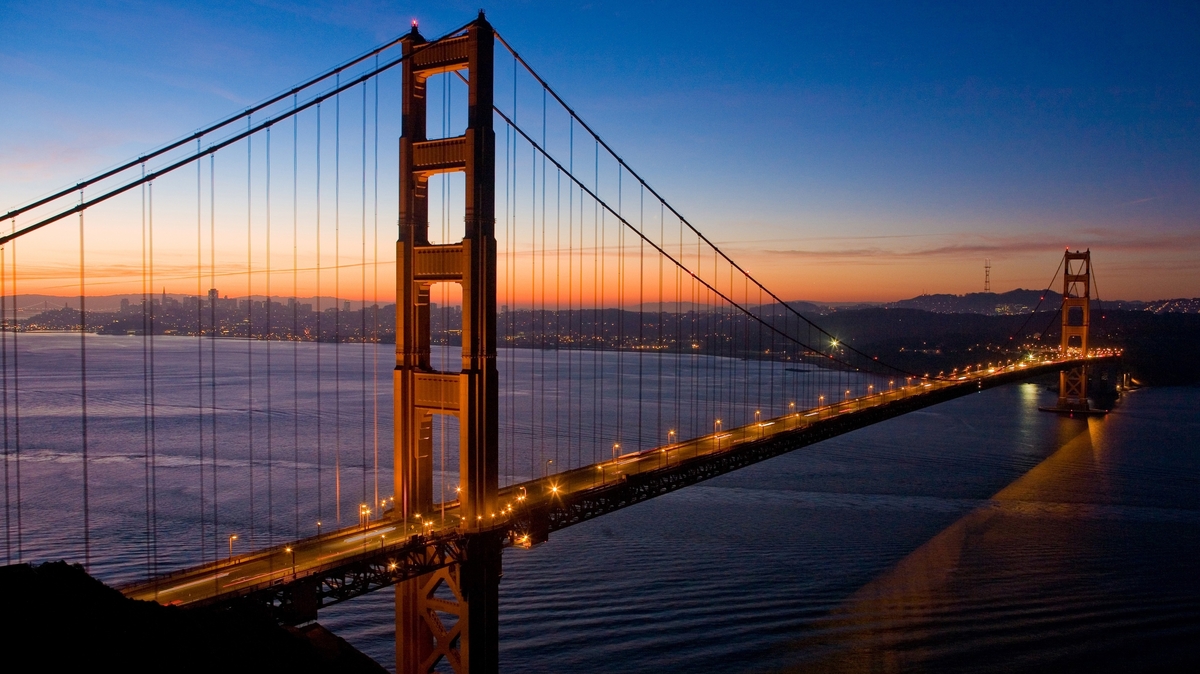 Seventy-five years ago today, San Francisco's Golden Gate Bridge opened to the public. People walked across the bridge for the first time, marveling at what was then the largest suspension bridge in the world.

Before the project began, many people thought building the bridge was impossible. And when the construction started, most thought that dozens would die in the process. The rule of thumb at the time was that for every million dollars spent on a project, one person would die — and the Golden Gate Bridge was going to cost $37 million.

At first, those fears seemed to be proved unfounded. On Jan. 5, 1933, construction began — and it continued without a single fatality for four years.

On KQED.org: A Photographic History Of The Bridge

It was the middle of the Great Depression, and young men were desperate to work and careful once they got it. The Golden Gate Bridge was a golden opportunity for young men all over the West, including Fred Brusati, a Montanan who'd left high school after a year to go looking for a job.

And once there, they were determined not to lose their spots. Slim Lambert, a cowboy from Washington state, worked the bridge as a roustabout, carrying equipment, pouring concrete and making about $10 a day.

"You hardly ever slowed down to a trot, you know. There was men waiting right there for a job if anybody slowed down a little," he said. "Lots of men were fired right on the spot, if the boss thought they were lingering a little bit."

The work was dangerous, though, despite the men's eagerness; the bridge was built in the days before federal safety standards. Despite that, construction made it through its final winter without a single fatality. By mid-February, there were just three months left until the opening.

On the morning of Feb. 17, 1937, a group of workers made their way onto a catwalk underneath the bridge. Their job that day was to remove a temporary scaffold that had been built underneath the platform.

Each time they stripped off a section of scaffolding, they had to move the catwalk another few feet to reach the next bit. Martin Adams had come all the way from Arkansas to work on the bridge, and he recalled that day with clarity nearly 50 years later.

One of the men removing the scaffolding was Fred Brusati.

"See, I was working on the catwalk, right there around midspan," he remembered. "And somebody says the catwalk is falling."

He rushed to the source of the yelling, a man clinging to a piece of steel. Brusati and a few others threw him a rope and hauled the man up.

"The man had a pipe in his mouth. He didn't drop the pipe or nothing," Brusati said. "He just started [to] walk toward San Francisco, and I never did see him back there again."

But the real tragedy laid below: 12 men — including Slim Lambert — had fallen the 220 feet into the water.

I knew that to have a prayer, to survive, I had to hit the water feet first.

"People ask me, 'What went through your mind?'" he said. "The only thing that went through my mind was survival. I knew that to have a prayer, to survive, I had to hit the water feet first."

But when Lambert hit the water, his legs tangled in a piece of netting that had fallen into the strait along with the catwalk.

"And that's the only time I panicked during the whole thing," he said. "I was caught in the net, and the net was headed for the bottom."

Lambert, though, was a strong swimmer. He kicked and kicked and eventually freed himself from the net. He'd plunged so deep that when he finally emerged, he was bleeding from his ears. On the surface, bridge debris was everywhere.

"I got a couple of planks together and — for myself first — and then I saw Fred thrashing about, so I got him."

Lambert pulled 24-year-old Fred Dummatzen up onto the floating planks and did the only thing he could do next: wait.

Finally, an unlikely rescuer arrived. A crab fisherman coming in from the Pacific sailed near the two floating men.

"And he was almost by, and he took another look around, and his eye hit me," Lambert said. "And what a relief. I figured, by gosh, we're gonna make it."

Dummatzen didn't make it. Today, there's a plaque on the western side of the bridge dedicated to him and the nine others who died that February day.

The men quoted in this story all survived to recount their memories to an oral history project in 1985, and all three have since died. Of the hundreds of men who helped to build the Golden Gate Bridge, the last of them died in April.