Accessibility links
Listening To Parents Key To Financial Responsibility Mothers and fathers can make a difference in whether their kids become spenders or savers, studies have found. Young people whose families had included them in conversations about money and budgets were much more likely to make more responsible financial decisions in the future. 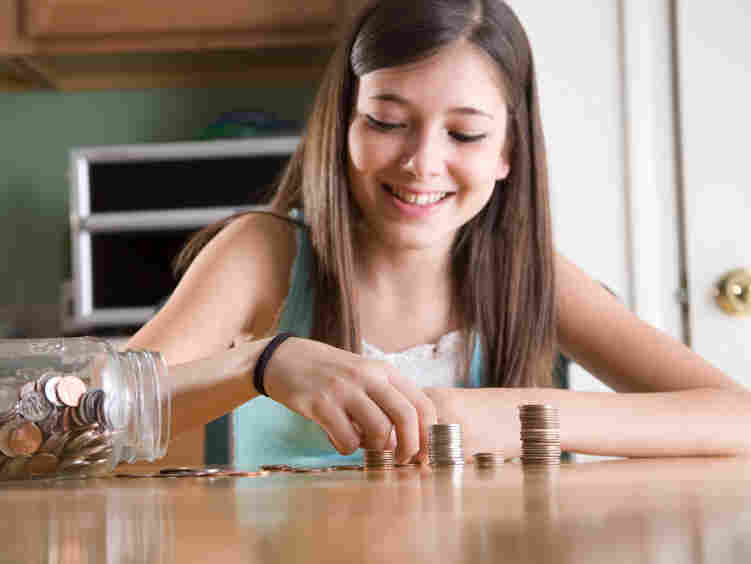 Parents can make a difference in whether their kids become spenders or savers, studies find. iStockphoto.com hide caption

As an increasing number of Americans live into their 80s and 90s, many families are struggling to find ways to make retirement dollars — that were once supposed to support seniors for years — now stretch over decades.

More and more, families have to care for the very elderly, as well as look after children who might be college grads but haven't found a job in a difficult economy.

All this requires one very important thing: lots of money.

Psychologists and other researchers have spent decades studying why some people are better than others at saving money, so they can address such needs later in life.

Over the years that followed, researchers found that children who were able to hold off eating the marshmallow — who delayed gratification — did better at school. Other researchers identified brain differences between people who were impulsive and those who had more self-control.

It's All About Saving

Life In Retirement: The Not-So-Golden Years

Much of the research into self-control has been focused on documenting which people have it and why. But new research is trying to find whether there are ways to boost self-control among young people, especially when it comes to financial matters and making responsible long-term decisions, such as saving for retirement or nursing care late in life.

While brain biology plays a strong role in shaping temperament, some new studies have found that social factors make a difference in whether people become spenders or savers. Chief among them: the role of parents.

"We found that parents played a really big role in the kinds of behaviors that their children exhibited," said Joyce Serido, a researcher at the University of Arizona, Tucson. "So, those kids who said they spoke with their parents about financial matters actually performed more responsible financial behaviors."

Serido said that she and her colleagues interviewed large numbers of freshmen entering the university and documented different aspects of their family lives. Young people who reported their families had included them in conversations about money and budgets — who, for example, roped children into discussions about what kind of car the family could afford — were much more likely to make more responsible financial decisions as it came time for them to graduate from college.

Many of these students, Serido said, were using a budget, making tough choices between different wants, and saving money. She said the difference was not explained by socio-economic differences — children from well-to-do families did not save more than children from poorer families. Rather, she said, patterns of family dynamics tended to predict which kids developed strong saving habits.

Those kids who said they spoke with their parents about financial matters actually performed more responsible financial behaviors.

Joyce Serido, a researcher at the University of Arizona, Tucson

Besides talking with kids about money, Serido said she would advise parents to communicate their expectations to their children — to say they expected a young person would save some portion of their allowance, for example.

So why do such conversations happen rarely when they are so important? Serido said it may be as difficult to talk to kids about bills and bonds as it often is to talk about the birds and the bees.