Accessibility links
Slain Syrian Filmmaker Traded Study For 'Revolution' Bassel Shehadeh was a young Syrian who gave up his studies at Syracuse University to return home to chronicle the fighting in his homeland. He was a budding filmmaker who lost his life when Syrian forces bombarded Homs. 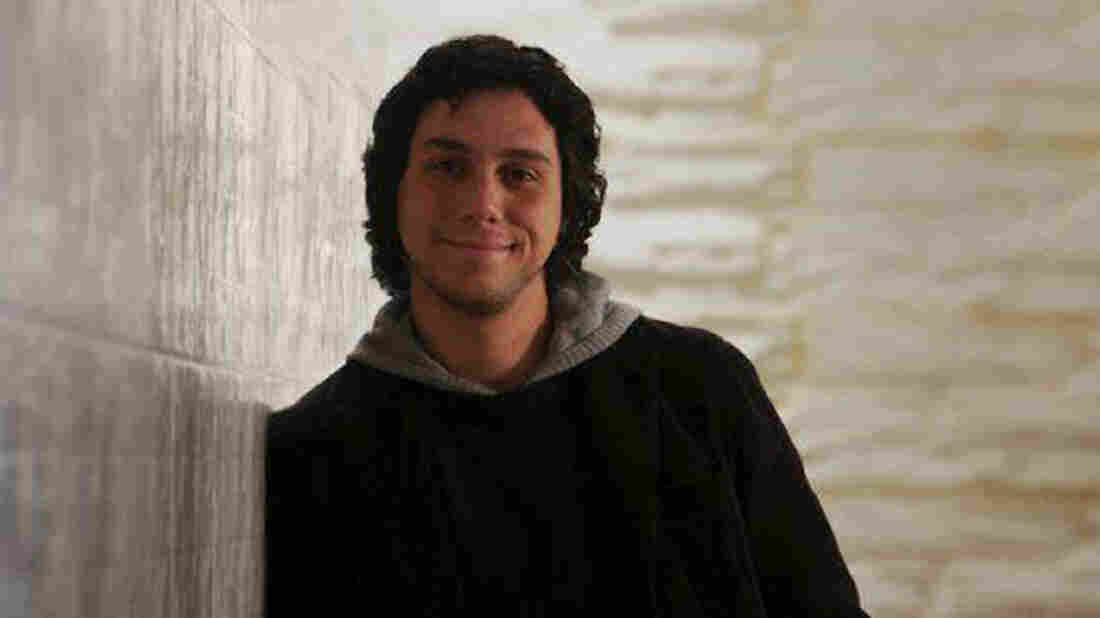 Bassel Shehadeh, a budding Syrian filmmaker, left Syracuse University and returned to his homeland, where he filmed the uprising. He was recently killed during fighting in the central city of Homs. This photo was provided by the Shaam News Network. Shaam News Network/AFP/Getty Images hide caption

The Syrian uprising has claimed an estimated 12,000 lives. And since foreign journalists are rarely allowed in, many reports provide little beyond the number of people killed. But behind the numbers are lives. As part of an occasional series on those who have died, NPR's Kelly McEvers has this report.

Bassel Shehadeh started out as an IT major in Syria. But it became clear that what he really wanted to do was make films.

In 2009, he shot a film about humanitarian groups bringing aid to drought victims in northeast Syria. His friends say he had a knack for finding joy in despair.

Shehadeh finished at the top of his class, and after spending some time in the U.S., his friends say he applied for a Fulbright scholarship. He got the scholarship, and before heading off to study at Syracuse University, he bought a motorcycle and decided to take a big road trip.

A friend says that at one point Shehadeh ended up in Afghanistan, which surprised everyone who knew him. His trip ended in India.

That was right around the beginning of the Syrian uprising, in the spring of 2011. Shehadeh went back home to Syria's capital, Damascus, and joined the protests. He was arrested and detained for a few days. After his release, he left for Syracuse.

Going Back To Syria

But friends say he just couldn't deal with the guilt that nearly everyone he knew was back in Syria, fighting and sometimes dying for what they believed would be a better country. Shehadeh quit the program and made his way back home again.

Our NPR colleague, Rima Marrouch, met him around that time.

"And he told me, 'I couldn't be away when the revolution is happening. I needed to come back. You can always study later,' " Marrouch says.

Back in Syria, Shehadeh trained other activists and citizen journalists how to shoot and edit their video footage.

He eventually ended up in the city of Homs, a site of some of Syria's most brutal violence.

Shehadeh and four other activists were out filming recently when government troops began shelling an area where rebels had taken refuge inside people's homes.

We reached Shehadeh's friend Hassan by Skype. He was with Shehadeh that night.

When the shelling started, they all ran, Hassan says.

"I stayed back to lock my car. I saw the first shell fall. Then the second. We took Bassel and the others to the field hospital, but the doctor said they were already dead. They had shrapnel everywhere," Hassan says.

Hassan was the only one who survived.

That night, the bodies were washed and shrouded in white sheets, and a small group marched them through the alleyways of Homs. "Heaven open your gates," they chanted. "Your students are coming soon." Tiny flashlights illuminate Shehadeh's face.

A Short Film About A Boy

Perhaps one of the most moving things Shehadeh ever made was a short poem of a film called Saturday Morning Gift.

It's based on interviews he did with a boy who survived war between Israel and the Lebanese group Hezbollah in 2006.

A boy lies in a bed on a sunny morning, half-asleep and half-awake. He remembers how one of his favorite things was to be woken up by his mom, as she tickled his toes, started the coffee, played Arabic music.

I hate airplanes, the boy says, back asleep again. Then, he has a nightmare about the explosion, and we're to assume that his family has been killed. The screen goes dark, and a silhouette of a dreaming boy walks down the hallway to meet his fate.

The original on air and online versions of this story incorrectly referred to drought victims in northwest Syria in 2009. They were in northeast Syria.