Accessibility links
June Kids' Book Club Pick: 'Diary Of A Wimpy Kid' Back in 2009, our interview with author and cartoonist Jeff Kinney sparked the idea for a special NPR book club for kids. So it's only fitting that NPR's Backseat Book Club will read Diary of a Wimpy Kid, Kinney's beloved cartoon staring Greg Heffley, a beleaguered middle-schooler.

"Let me just say for the record that I think middle school is the dumbest idea ever invented," laments Wimpy Kid protagonist Greg Heffley. "You got kids like me who haven't hit their growth spurt yet mixed in with gorillas who need to shave twice a day." Click here to read an excerpt from Diary of a Wimpy Kid. Jeff Kinney/Abrams hide caption

An Exclusive Sneak Peek At The Next Wimpy Kid Book 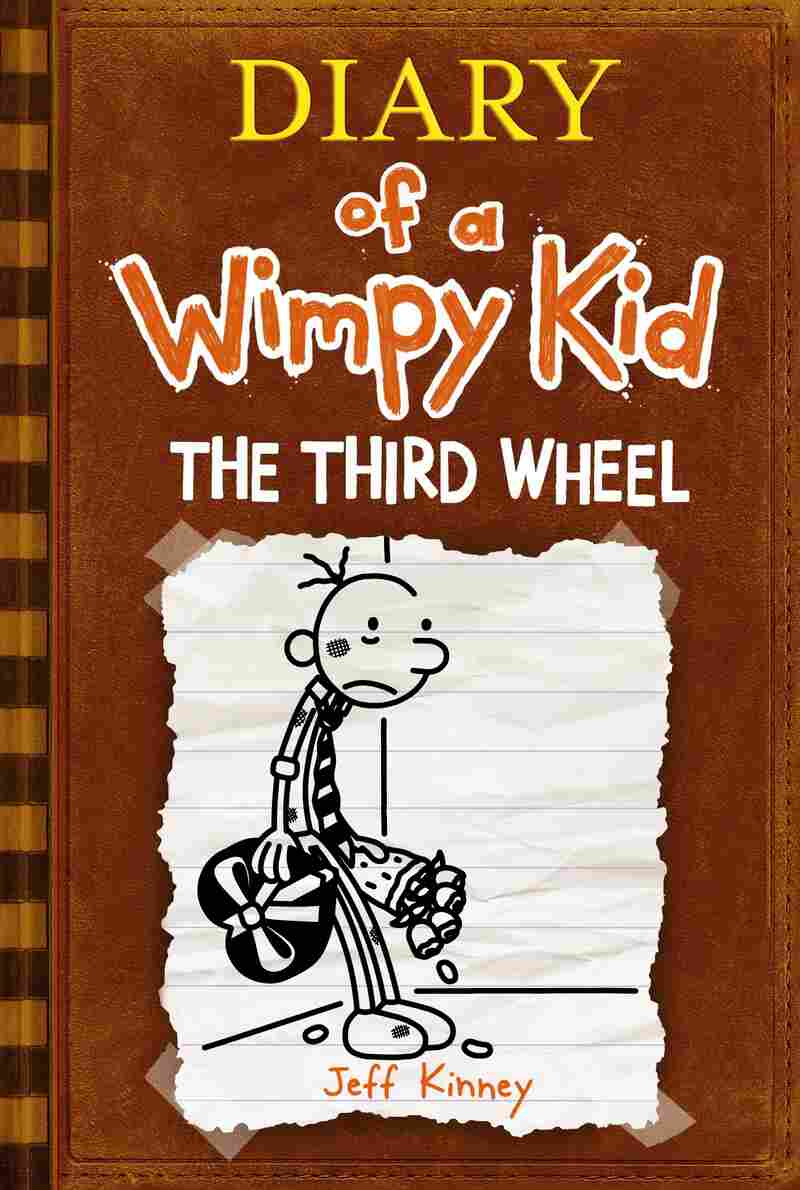 Love is in the air in the seventh installment of the Wimpy Kid series. "There's so much humor to be mined in the world of middle school romance," Kinney says. The Third Wheel will be published on Nov. 13. Click here to visit the Wimpy Kid website. hide caption

The next installment in NPR's Backseat Book Club heads back to where this all started: Diary of a Wimpy Kid, by Jeff Kinney. It was our 2009 interview with Kinney that sparked the idea for a special book club dedicated to kids. On the day before Kinney arrived at our studios, we asked our youngest listeners to send us the questions they would put to the author of the blockbuster series. We were floored by the response. An avalanche of emails hit our inbox from kids all over the country. (Click here to read Kinney's answers to their questions.)

Well, now we're hoping our inbox fills up again (send us your questions here) as we invite Kinney back to All Things Considered for NPR's Backseat Book Club June discussion. (Back in March we asked you to vote in the Children's Choice Book Awards — and you chose Jeff Kinney as the author of the year.) Kinney has released six books so far in the Wimpy Kid series, and after much anticipation, today he's announced the title of his seventh volume: Diary of a Wimpy Kid: The Third Wheel. The latest book will be released on Nov. 13. It's a love story, but as the title suggests, there are probably more than a few thorns on the rose.

With the school year coming to a close, the Wimpy Kid series seemed like a great choice as young people shift from the rigors of schoolwork to the more relaxed atmosphere of summer. We've selected the very first book in the series, Diary of a Wimpy Kid, which was published in 2007. In this small red book with the pencil-drawn sad sack on the cover, we are first introduced to beleaguered sixth-grade student Greg Heffley and his trusty pal, Rowley. Together, they navigate a world filled with dysfunctional family drama, disapproving students, disconnected teachers and a steady diet of disrespect. 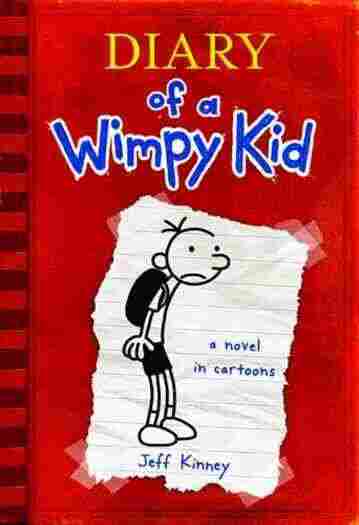 Now this might sound rather grim, but if you eavesdrop on a child engrossed in one of Kinney's books, you will quickly understand that they are laugh-out-loud funny. They are also quite addictive. Once kids pick up a Kinney book, they often tear through the entire subtitled series: Rodrick Rules (2008), The Last Straw (2009), Dog Days (2009), The Ugly Truth (2010) and Cabin Fever (2011). The books are wildly popular all over the world — they've been translated into 35 languages.

All of this is rather surprising for Jeff Kinney, who says he had his own challenges in junior high school and received a thick stack of rejection letters when he tried his hand at newspaper cartooning as an adult. Kinney, who dreamed of being a comic strip writer, almost gave up. He started writing a journal to motivate himself to continue cartooning and to pour out his frustrations on the page.

One day, he looked at his sketches and had an "aha!" moment. All those big-shot editors kept telling him his drawings were too simplistic, too rudimentary, too plain. Suddenly it became obvious: Why not keep it simple? Really simple. Sixth-grade simple. 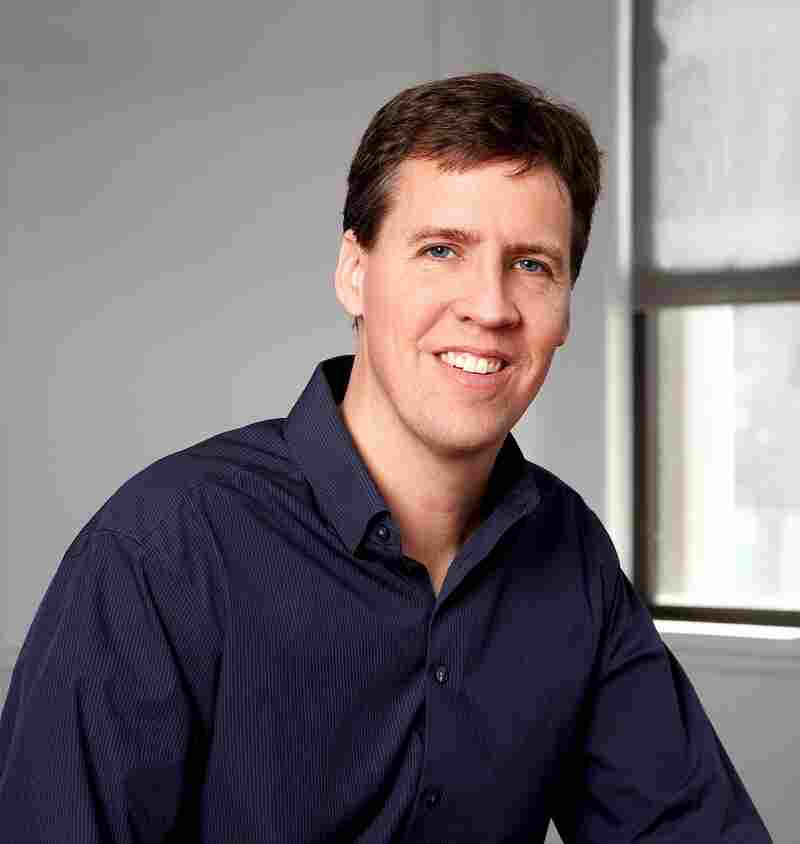 Jeff Kinney is an author, cartoonist and game designer. He lives in southern Massachusetts and has two sons. Click here to submit your questions for Kinney. Abrams hide caption 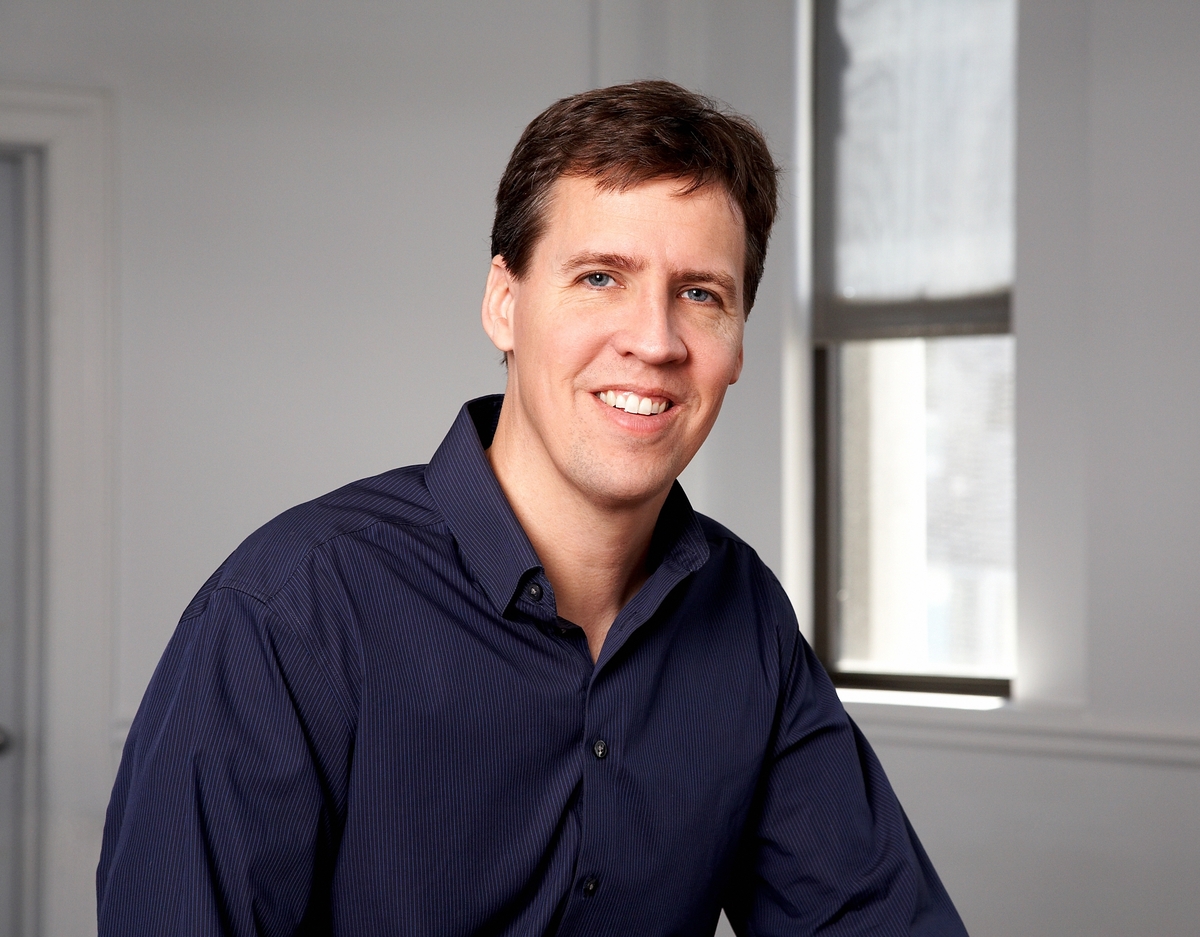 Jeff Kinney is an author, cartoonist and game designer. He lives in southern Massachusetts and has two sons. Click here to submit your questions for Kinney.

Kinney began drawing comic strips with a sparse pencil-to-paper look, punctuated by a narrative that seemed like it had been scribbled out on lined notebook paper by someone who was supposed to be paying attention in class. This was essentially what Kinney was doing while he should have been focused on his day job as a computer programmer for a children's educational game company. Eventually he convinced that company, Funbrain, to publish his comics online, where they became an instant hit. That led to a book contract and a steady place for several years on The New York Times best-seller list.

There are some adults who argue that the Wimpy Kid series is really a series of cartoons and not books, because they lack plot development and scripted narrative. But there appear to be just as many defenders who note that the Wimpy Kid has done wonders for reluctant readers who don't take easily to books. And, much like the Harry Potter or Hunger Games series, there is also a sizable adult audience who perhaps pick up the books to read along with young kids, or snicker at the memories of middle school life.

We hope you will join us in reading or revisiting Diary of a Wimpy Kid, and as always, we want to hear from you, our Backseat Book Club readers. What questions do you have for Jeff Kinney? Do you want to know more about his life or how he puts the books together? Have you wondered what he plans to do when Greg Heffley grows up and goes off to college? What adjective will describe the man that the Wimpy Kid will eventually become? We hope to hear from you! Send us your questions.

Read an excerpt of Diary of a Wimpy Kid