Accessibility links
'Me The People': A Less Than Perfect Parody Daily Show writer Kevin Bleyer's comic rewrite tracks the flaws in America's founding documents, from the 17 "alcohol, voting and slavery" amendments to one president's belief that the Constitution should expire every 19 years.

'Me The People': A Less Than Perfect Parody

'Me The People': A Less Than Perfect Parody 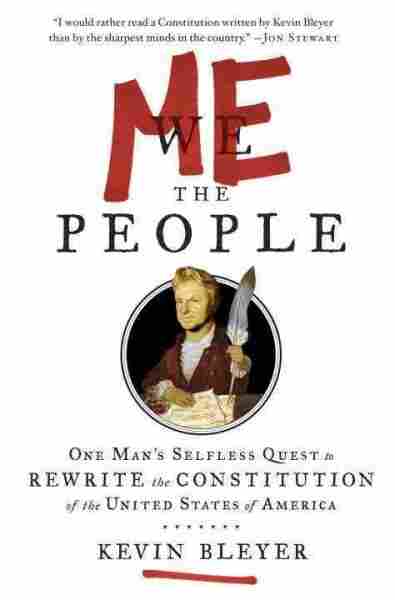 Or, One Man's Selfless Quest to Rewrite the Constitution of the United States of America

Title
Me the People
Subtitle
Or, One Man's Selfless Quest to Rewrite the Constitution of the United States of America
Author
Kevin Bleyer

At the beginning of Me the People: One Man's Selfless Quest to Rewrite the Constitution of the United States of America, Kevin Bleyer calls our founding document "a God-sanctioned, fully realized, blessed, immutable, rock-solid, entirely glorified and purely calcified ... piece of [censored]." And despite what our current batch of lawmakers might have you believe, he's not alone in that opinion.

According to The New York Times, countries the world over, which once saw the U.S. Constitution as the perfect model for establishing a democracy, are now more likely to draw inspiration for their charters from places like Canada and South Africa. Even Supreme Court Justice Ruth Bader Ginsburg is bearish on it. "I would not look to the United States Constitution if I were drafting a constitution in the year 2012," she recently confessed.

So Bleyer suggests it's time to revise, a move he says Thomas Jefferson, one of our "founder-est" Founding Fathers, would fully support, given the third president's firm belief that the Constitution should expire every 19 years. And as an Emmy Award–winning writer for The Daily Show and co-author of Earth: The Book, Bleyer would seem an ideal candidate to turn this affair into razor-sharp satire. "We the People deserve perfection," he says early in his book, "and Me the People shall deliver it."

But unless your idea of a perfect rewrite is little more than a truncated, silly second pass at the Constitution, Me the People doesn't deliver.

The book begins promisingly with a cheeky revision of the Preamble, which the author turns into, um, "poetry on parchment." Here's a taste: "We the People of the States now United / (More perfecter now than when we were divided)."

Over the next 250 pages or so, Me the People proceeds to plow through all seven of the Constitution's articles and the entire Bill of Rights, pointing out flaws and inconsistencies as they arrive along the way. But then Bleyer inexplicably distills the remaining 17 amendments into "three easily digestible subjects: alcohol, voting and slavery." 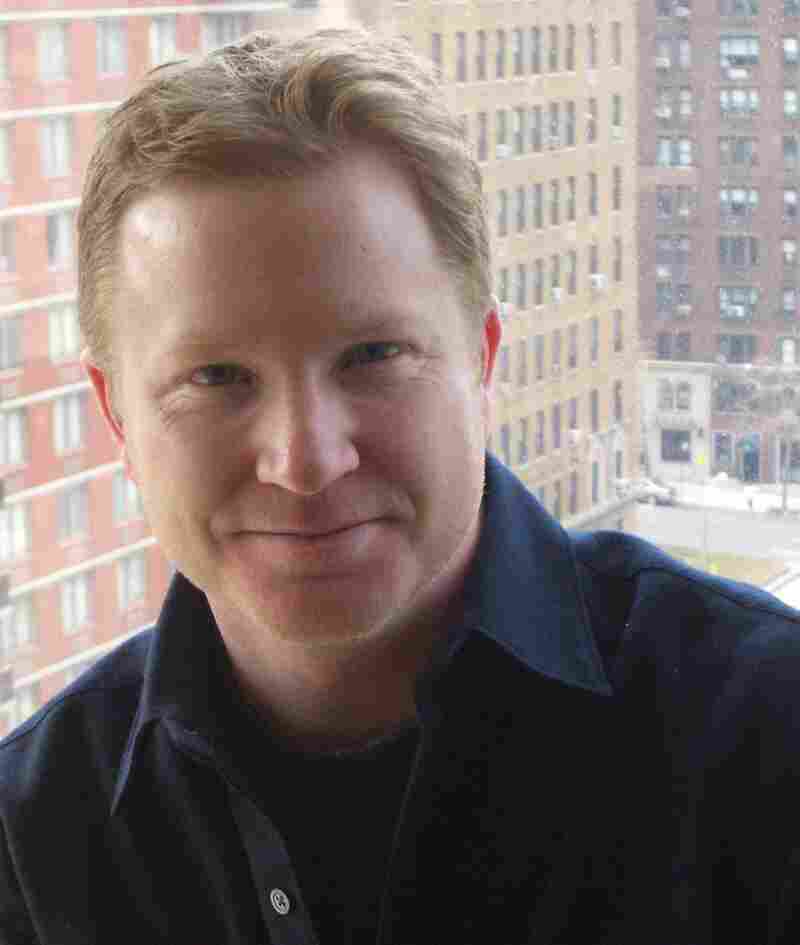 Kevin Bleyer is an Emmy Award-winning writer for The Daily Show With Jon Stewart and co-author of Earth: The Book. Kirsti Samuels/ hide caption 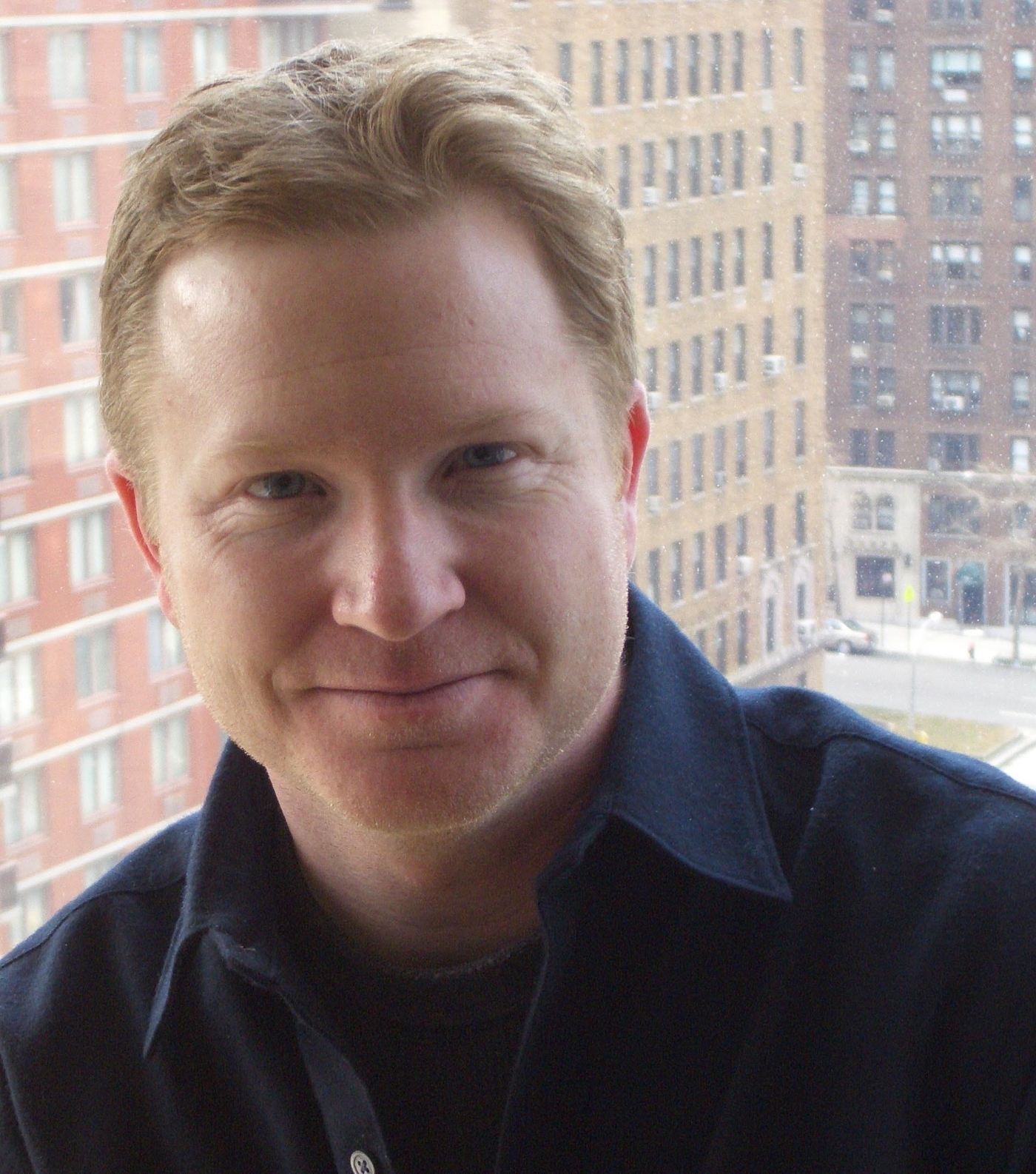 Kevin Bleyer is an Emmy Award-winning writer for The Daily Show With Jon Stewart and co-author of Earth: The Book.

These issues, which might have yielded some great material, are covered with frustrating haste over the final 10 or so pages of the book. For example, the Third Amendment, which governs the housing of soldiers during peacetime and war, and which is perhaps the least relevant today of all the amendments, earns more treatment than those covering, say, suffrage. And given the fuss this past summer over the debt ceiling, how could Bleyer pass up a chance to play the 14th for a few laughs?

Still, Me the People can be funny. In the chapter where Bleyer visits Rhode Island, the state that "invites [his] purest, white-hot disdain" for its reluctance to ratify the Constitution, photographs of the state seal and statehouse are simply captioned, "Booooooooooooo." And a few of Bleyer's amendments are priceless. Here, having concluded that exploiting our forefathers' knotty grammar and punctuation "might keep weapons out of the hands of wackos," he rewrites the Second Amendment: "A, well; regulated! Militia — being. {necessary} to, the, security? of, a, free ... State, the, right ... of, the, people ... to, keep! and, bear? Arms; shall, not, be, infringed?!"

Me the People spends a lot of time in late 18th-century America covering ground that's already been well-trod by biographers and historians, but Bleyer also goes on a few cool field trips. The most memorable of these is a lunch at the National Gallery of Art with Justice Antonin Scalia. "If it's a foolish law," Justice Scalia says during a discussion on the limits of judiciary power, "I'm bound by oath to produce a foolish result."

Perhaps that's a good way to think about what went wrong here. Because it's borne of "We the People," perhaps Me the People was simply doomed to have a few warts from the start.

Read an excerpt of Me the People