Accessibility links
5 New Mysteries Return To The Scene Of The Crime Critic Maureen Corrigan's list includes the latest installments in long-running series by mystery genre veterans. She says coming back to familiar plots and characters is as rewarding as returning to a favorite vacation spot each summer. 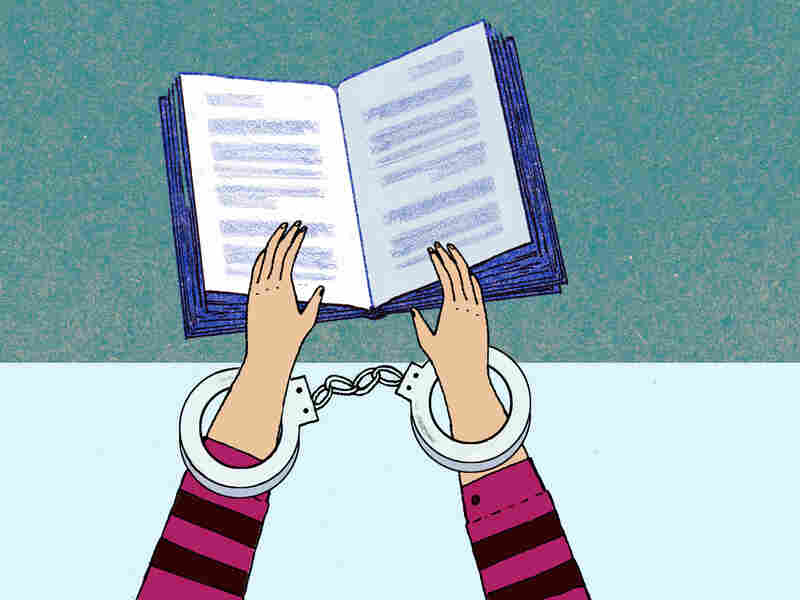 Every summer for the past 33 years, a widely scattered group of close friends my husband made in summer camp in the 1960s has rented a beach house on the Jersey Shore for two weeks. I was enfolded into the group some five years into its existence. Apart from the camaraderie — which is precious beyond measure — one of the pleasures of returning to the same place every year lies in observing the subtle changes in the landscape: some new sand on a beach that's suffered erosion; the appearance of a new coffee-and-bagel joint within jogging distance of the rental house.

Genre fiction offers rewards akin to vacationing in the same spot summer after summer. You pick up a favorite author, reacquaint yourself with familiar characters and locales, and yet are ready to be surprised by any welcome changes rung on old formulas. All of the following mysteries are written by veterans of the form. Most are part of long-running series; all are standouts, either because of their distinctive literary delights or because of ingenious variations on familiar plots and characters.

One of these days, Charles Todd should take a break from writing mysteries and pen an advice book for warring parents and their adult children. That's because Todd, as "his" fans know, is the pseudonym for an American mother-and-son writing team that has churned out 13 mysteries featuring Scotland Yard Inspector Ian Rutledge, a battle-scarred veteran of World War I.

What's more improbable than the collaboration is how consistently clever and atmospheric the Ian Rutledge novels are. Even given Todd's superlative track record, The Confession is a standout. It opens with a sly gesture to the classic noir film D.O.A., in which a dying man visits the police station to report a murder. (Watch the 1950 original with Edmond O'Brien, not the awful 1988 remake with Dennis Quaid.) In The Confession, a "walking skeleton" appears at Scotland Yard on an oppressive summer's day in 1920 and tells Rutledge that he's dying of cancer and wants to clear his conscience of a murder he committed five years earlier. A few days later, the guilty man's body turns up floating in the Thames with a bullet in the back of his head.

Rutledge's investigations into murders new and old lead him to one of the creepiest fictional villages in all of English detective fiction: Furnham, in Essex, home to disgruntled fishermen, smugglers and hardscrabble farmers — all with a strange aversion to the tourists who are eager to spread some much needed money around. By the time Rutledge figures out what's bothering the cranky folk of Furnham and cracks the murder case, he's also proved that there's still lots of life in the golden-age formula for British murder-mysteries.

The Stonecutter, by Camilla Lackberg, is one of those mysteries that can ruin a vacation. Take it to the beach and your eyes will be so locked on its pages, you'll never know there's an ocean in front of you. Lackberg, who's been hailed as "the Swedish Agatha Christie" for previous novels like The Preacher and The Ice Princess, is one of those Nordic wonders — like Stieg Larsson, Henning Mankell, Maj Sjowall and Per Wahloo — who craft taut suspense plots graced with disturbing psychological insights. It must be something in all those meatballs they eat.

The Stonecutter once again returns readers to Lackberg's own seaside hometown of Fjallbacka. The first corpse turns up on the second page when a lobsterman hauls up a curiously heavy lobster pot and discovers the body of a little girl tangled in its lines. Local police detective (and exhausted new father) Patrik Hedstom arrives at the wharf and realizes to his horror that he knows the child's family. Despite his weariness, Patrik pushes himself to work nonstop to solve the girl's murder — a murder made even more grotesque when it turns out the child was drowned in bathwater, not seawater. The Stonecutter is an operatic novel, weaving together modern and turn-of-the-century storylines, all of them having to do with dysfunctional families and the rancid legacies they bequeath.

A Charlotte and Thomas Pitt Novel

The success of Downton Abbey seems to have had a ripple effect in the literary world, where all things even vaguely evocative of the world of British gentry and their great houses are au courant. (Two of the latest manifestations: the publication of Sadie Jones' offbeat Edwardian romp, The Uninvited Guests, and handsome new reprints of P.G. Wodehouse's classic Jeeves and Bertie Wooster farces from Overlook.)

Mystery dowager Anne Perry has been mining this gas-lit territory for many a year in her mysteries featuring married Edwardian sleuths Charlotte and Thomas Pitt. Dorchester Terrace, the 25th novel in the series, opens on a note of triumph: Thomas has diligently risen through the police ranks to ascend, finally, to the apex: head of the Special Branch. Unfortunately, he barely has time to bask in that honor before the sky falls. An elderly woman and former spy named Serafina Montserrat becomes terrified when she realizes that her mind is faltering and that she may unwittingly divulge still-dangerous secrets. While Thomas is sussing out this security threat, he receives disturbing news from his own agents in the field: known anarchists have been spotted lurking around railroad crossings. The only dignitary due to arrive in England is a small fry, a minor Austrian duke.

As Pitt tries to figure out whether the perceived threat to the British rail system and international relations is real, he must also contend with the snobbery of his betters in Her Majesty's Service and the discovery of a mole within the Special Branch itself. The plot of Dorchester Terrace moves along in deliciously serpentine fashion and, given that we readers know what horrors really did follow from the assassination of an Austrian archduke, Pitt's dilemma has the pang of genuine urgency.

I've raved at length about the gritty brilliance of Reed Farrel Coleman's Moe Prager mysteries, but I must put in one more burble for Moe's latest (and one of his greatest) adventures. Hurt Machine finds Moe battling a life-threatening tumor in his gut as he's preparing to celebrate his daughter Sarah's wedding. With his thoughts already circling in "life review" mode, Moe runs into his ex-wife and former P.I. partner, Carmella Melendez. Here's Moe's pithy pronouncement on their brief and tempestuous union: "Carmella Melendez and I had gotten married for all the wrong reasons, but with the best intentions. Perhaps it might have worked out better the other way around."

The meeting isn't accidental. Carmella begs Moe to investigate the stabbing death of her sister, Alta, a New York Fire Department emergency medical technician. By the time she was murdered, Alta had become an embarrassment to "New York's Bravest." Months earlier, Alta and her partner, curiously, had turned up in uniform at a swanky restaurant; circumstances became even more curious when the two EMTs ignored a restaurant worker who collapsed and died of an apparent stroke in front of their eyes. Plot lines infused with regret and impending mortality give Hurt Machine an uncompromising toughness. As Moe hustles all over Coney Island and environs trying to get to the bottom of Alta's murder, the word "deadline" takes on a darker meaning.

Next to Jane Austen, Peter Lovesey is the writer the tourist board of Bath, England, extols most proudly. Lovesey's Peter Diamond series is set in the ancient city, where the crabby police detective stumbles on more bodies than Austen's heroines found dance partners at those balls in Bath's famous Pump Room. Cop to Corpse is the 12th novel in the series, and it's a chiller. A sniper is picking off the police force in Bath. When the novel opens, a third cop has just been fatally shot, and the killer seems to have evaporated into one of the crumbing walls that demarcate the city. Barging their way into pubs and seedy bedsits; patrolling rain-streaked streets in the dead of night, Diamond and his team are plagued with the suspicion that the sniper — who seems to know police routines all too well — might just be one of their own.

The enduring draw of the Peter Diamond books derives both from the beguiling Bath cityscape and the brusque character of Diamond himself. A middle-aged man who most kindly could be described as "portly," Diamond nearly meets his maker when, early in this outing, he can't manage to leap away from a speeding motorbike. After a fitful recuperation, Diamond reports back to police headquarters:

The team noticed a change in his looks when he stood to update them on the morning's discoveries. The unhealthy pallor was gone, replaced by unhealthy ruddiness from high blood pressure.

Cop to Corpse comes out in this country June 12, so mystery lovers planning a pre-summer getaway will have to content themselves for the nonce with the other recommendations on this list. If a beach vacation lies in your future (as it does mine), I'll see you on the sand! I'll be the dame hunched beneath the umbrella, raptly attending to murder under the sun.