Accessibility links
Catholic Abuse Case Going To Jury In Philadelphia In a Philadelphia courtroom Thursday, jurors will hear closing arguments in a historic case involving the Catholic sex abuse scandal. William Lynn, a monsignor in the Archdiocese of Philadelphia, is the first high-level church official to be tried for his involvement in covering up child abuse. 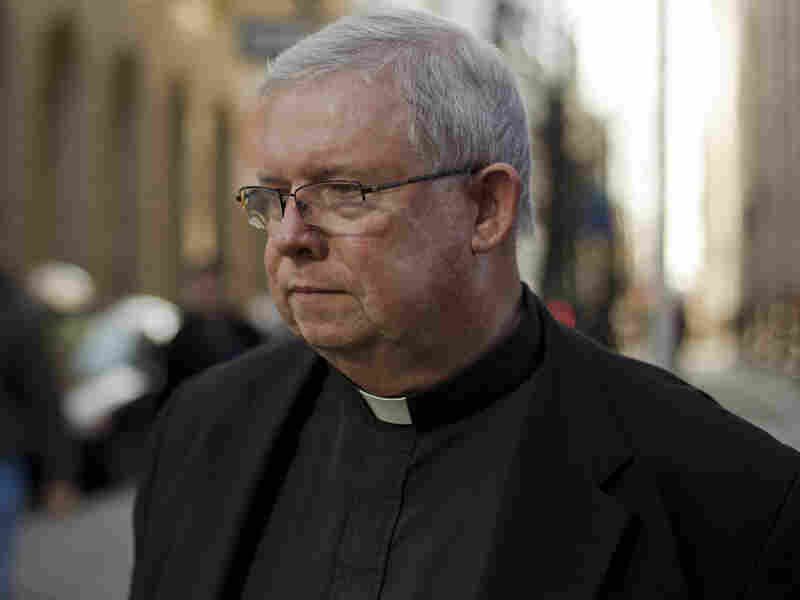 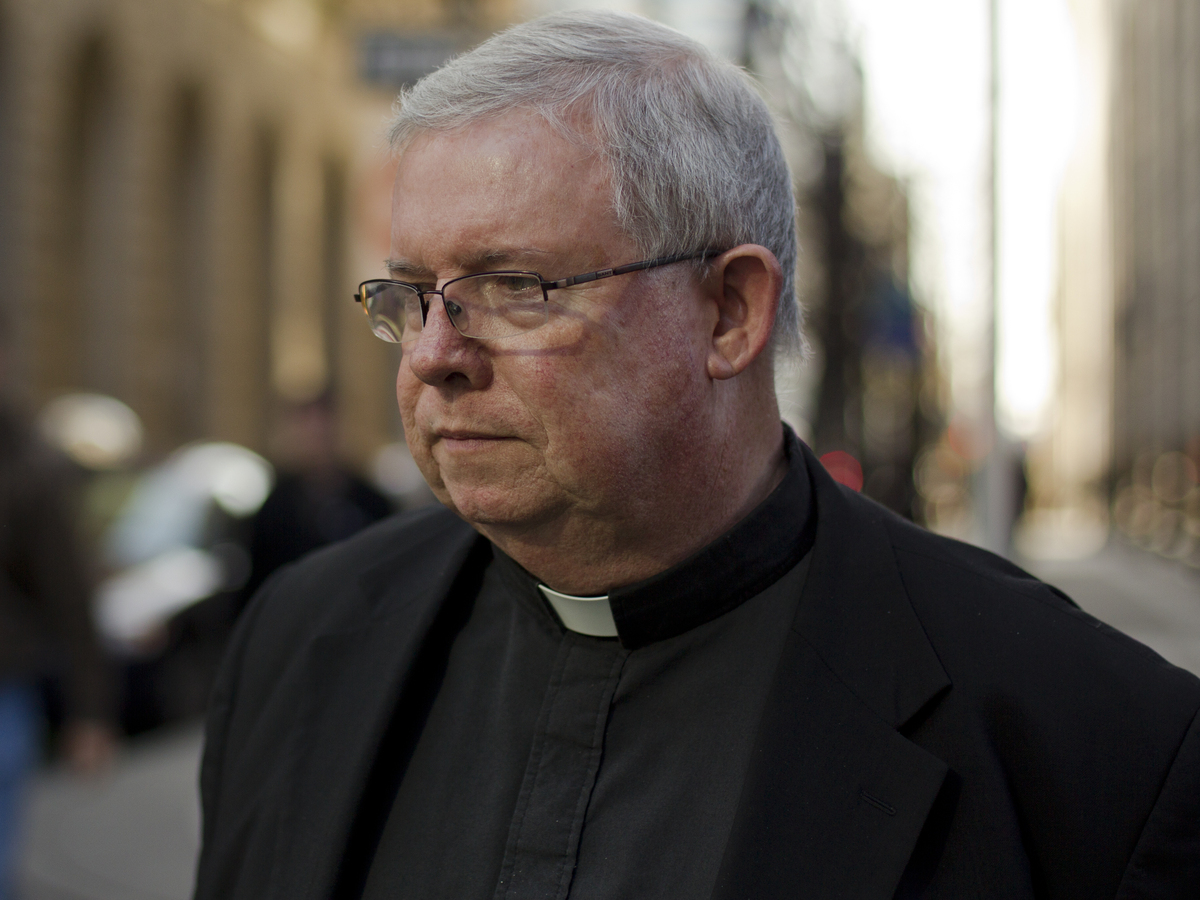 In a Philadelphia courtroom, jurors are hearing closing arguments in a historic case involving the Catholic sex abuse scandal. William Lynn, a monsignor in the Archdiocese of Philadelphia, is the first high-level church official to be tried for his involvement in covering up child abuse, specifically, conspiracy and children endangerment.

Journalist Ralph Cipriano has listened through every day of testimony, posting the events for the blog Philadelphia Priest Abuse Trial. For most of the 10-week trial, he says, prosecutors put on a powerful case that Lynn, who was in charge of investigating sex abuse claims from 1992 to 2004, protected the priests and the church — not the children.

"A month ago, there was a sense the prosecution was way ahead," he says, "that the evidence was so stacked against the Monsignor, that all the prosecution had to do is play it safe."

Then Lynn went on the stand and argued that he did everything within his power to protect children.

"Now there's a sense that the defense is picking up steam and the prosecution is clearly losing steam," Cipriano says.

Others say that won't last long.

"The evidence was gathered over a decade," says Marci Hamilton, a professor at Cardozo Law School who has represented abuse victims. "It is a mountain of evidence."

After reviewing two grand jury reports, nearly 2,000 documents and the testimony of 50 witnesses — including alleged victims who wept on the stand — Hamilton believes the jurors can come to only one conclusion.

"Time after time after time," she says, "Monsignor Lynn and those in the hierarchy in the Philadelphia Archdiocese ignored the needs of children, and put their cohorts, their priests, into positions to abuse more children."

Bevilacqua — who died earlier this year — had the power to remove or transfer priests. He decided whether to alert parishes, accusers and parents to the possibility that an accused priest was in their midst.

Indeed, Lynn's attorneys are trying to use that "low man on the totem pole" theory to undercut a powerful piece of evidence. In 1994, Lynn compiled a list of 35 priests who were known or suspected abusers; he then allowed them to stay in ministry. Prosecutors presented this as a smoking gun.

"But the defense came back and very effectively, I thought, turned that smoking gun around, and used it for their own purposes," Cipriano says. "And by the time they were done, the smoking gun was pointing at Cardinal Bevilacqua and his top aides."

Documents and testimony suggest that Bevilacqua took Lynn's list and files away from him, and then ordered them shredded.

Hamilton, the Cardozo law professor, notes that a diskette of the list was found with Lynn's personal items. And as to the idea that Lynn was just following orders, she says, "he was not a puppet, he was an active participant."

Anyway, Hamilton says, that is not a legal defense. Under the law, Lynn had a duty to protect children.

As jurors hear closing arguments and head to the jury room, they will consider stark evidence that something terrible happened for years in the Archdiocese of Philadelphia. The question for jurors is: Who is to blame?