Accessibility links
To Help Women Worldwide, 'Walk In Their Shoes' Ritu Sharma, the president of the nonprofit Women Thrive Worldwide, spends time each year living and working with underprivileged women in order to better understand their lives. She hopes to help lift women and children out of poverty by influencing U.S policy. 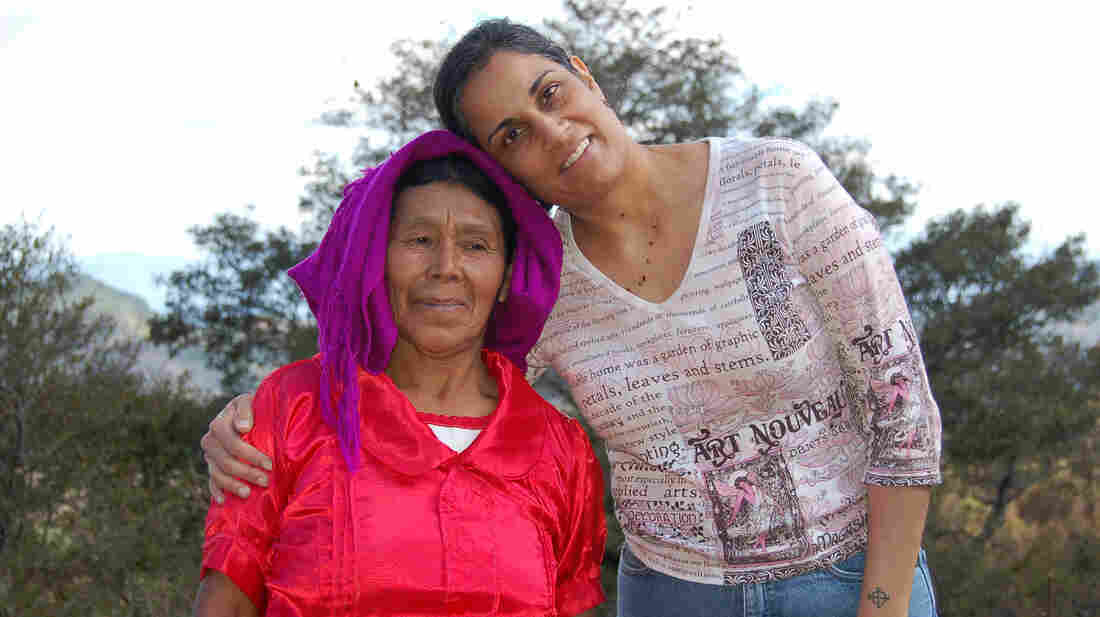 Ritu Sharma (right), shown during a visit to Honduras, makes one trip a year to live with underprivileged women, one week at a time, living as the women there live. Courtesy of Ritu Sharma hide caption

May is Asian-American and Pacific Islander Heritage Month. All month, Tell Me More is talking to people who trace their heritage to that part of the world, and have changed the game in various fields.

Nonprofit "game changer" Ritu Sharma knew from a young age that she wanted to make a difference. Now, as the president and co-founder of Women Thrive Worldwide, she is hoping to lift women and children around the world out of poverty by influencing U.S policy.

Sharma is a first-generation American. Her family's roots are in Punjab, India, so it's easy to understand where she gets her taste for international affairs. The challenge sometimes is convincing people crafting U.S policy that keeping women and girls out of poverty should be an issue of national concern. In an interview with Tell Me More host Michel Martin, Sharma says there's a correlation between countries with less-than-stellar women's rights records, and countries where governments are unstable and where terrorism might take root.

In order to advance her work, Sharma tries to make a trip once a year to live with underprivileged women for a week at a time. She does this while living as the women there live, and using what they live on. 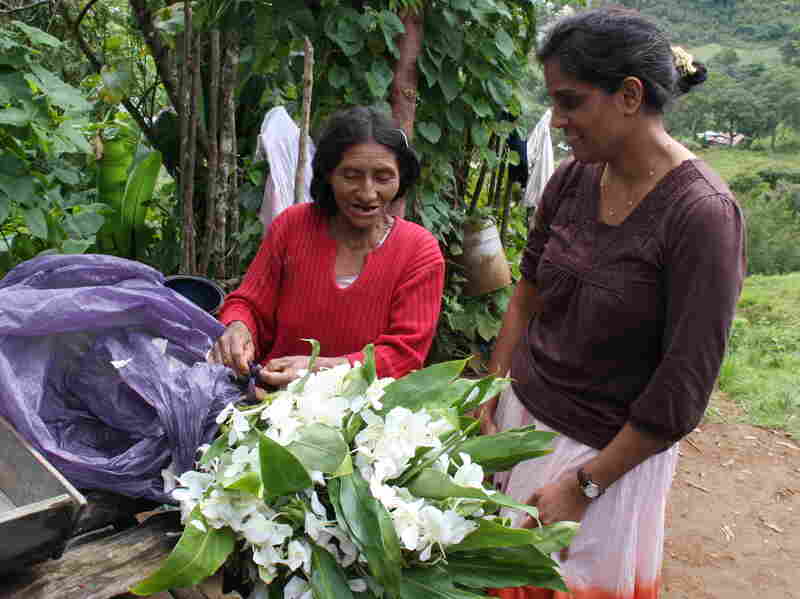 Sharma, in Guatemala, says women "just want equal access. They want a little bit of a hand so that they can get ahead ..." Courtesy of Ritu Sharma hide caption 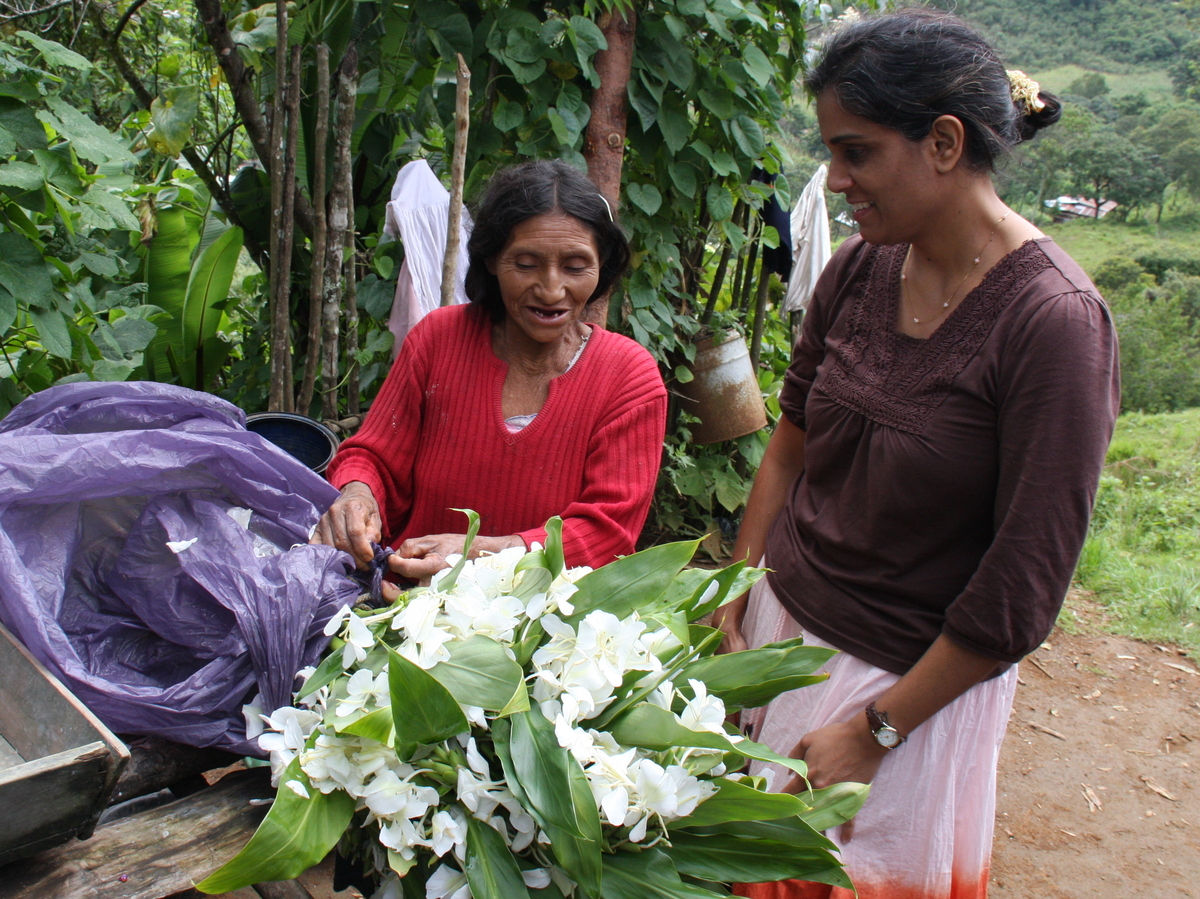 Sharma, in Guatemala, says women "just want equal access. They want a little bit of a hand so that they can get ahead ..."

Sharma says the experiences are critical to being able to better understand the women for whom she advocates.

"You really don't know what it's like until you at least try to walk in their shoes," she says. "Standing there next to an African farmer and trying to weed with a little hoe that's about 5 inches long, you know, my back hurts after five minutes! She's out there for five or six hours a day."

But Sharma insists that women around the world aren't lamenting their situations, and they're not asking for a handout.

"They are tenacious," she says. "They just want equal access. They want a little bit of a hand so that they can get ahead; they can do the rest themselves."

A do-it-yourself approach has been critical to Sharma's own success. She co-founded Women Thrive Worldwide in 1998, before she had turned 30 years old. Her decision to go into the nonprofit world wasn't at the top of her parents' wish list.

"I think my parents really hoped I would become a Wall Street banker or an engineer," she says, noting that her parents thought that was where she could put her international economics degree to work. But, she adds, "my parents are also people who supported me — unlike many, many Indian parents — as a girl to follow my dreams." It's a lesson that she says defined her work, and inspired her to do the same for women around the world.

Cooperation and cultural understanding are central to Sharma's approach. Rather than impose a Western way of thinking on some societies, Sharma chooses to rely on forward-thinking men and women in all cultures to achieve success organically. That, says Sharma, is how change happens.