Accessibility links
As Greeks Withdraw Cash, Banks Grow Vulnerable Greek businesses and individuals have been steadily withdrawing euros, which has weakened Greek banks. This trend could be hard to reverse because Greeks fear a departure from the eurozone and a return to the drachma would wipe out much of their savings. 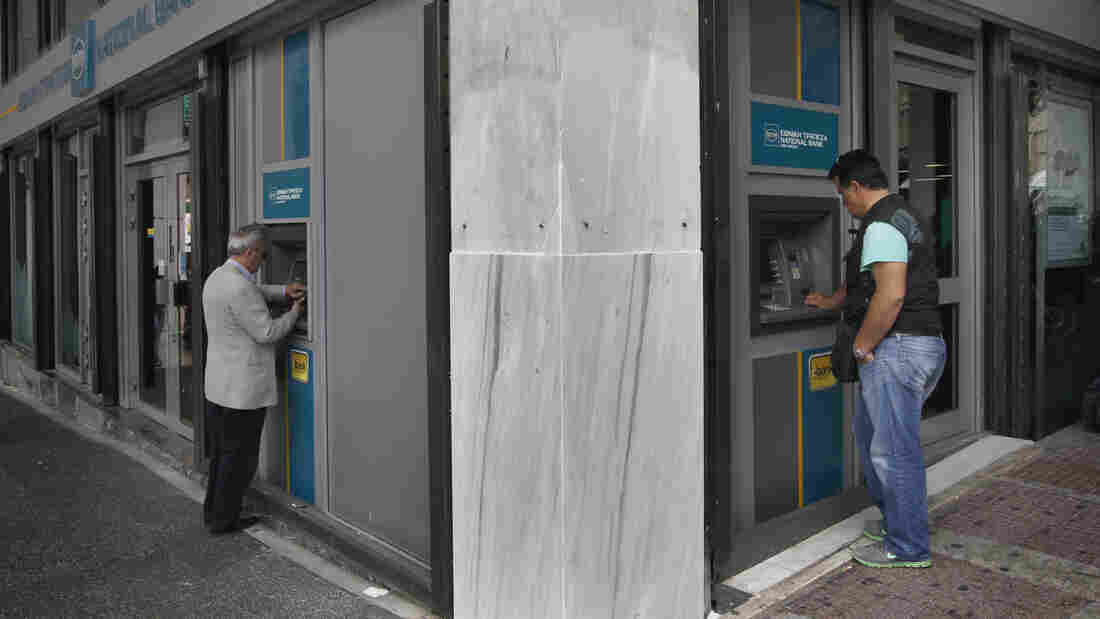 Many Greeks fear that the value of their savings will drop sharply if the country leaves the eurozone and returns to the drachma. This has led many Greeks to withdraw their money from banks. John Kolesidis/Reuters/Landov hide caption 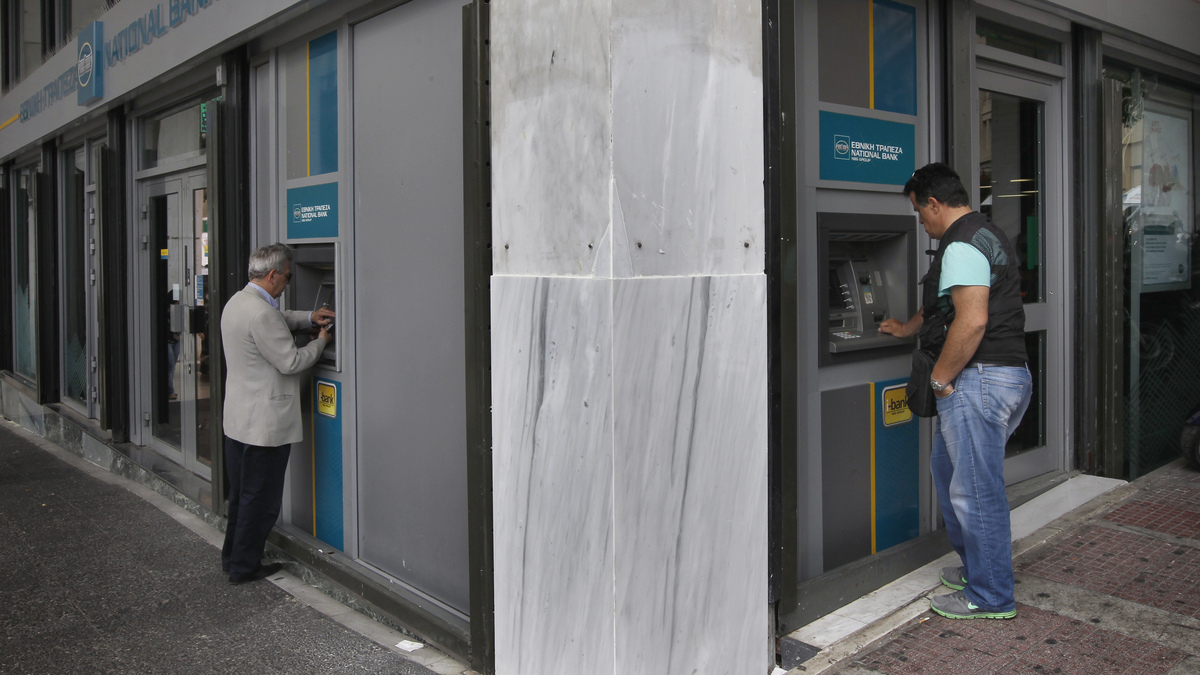 Many Greeks fear that the value of their savings will drop sharply if the country leaves the eurozone and returns to the drachma. This has led many Greeks to withdraw their money from banks.

Since the Greek debt crisis began nearly three years ago, more than $90 billion has left the country.

At first, it was just big business and the wealthiest Greeks moving money abroad in case Greece dropped the euro and reverted to its previous currency, the drachma.

Things were especially tense after May 6 parliamentary elections, which were inconclusive and left Greece without a government. In the days after the election, President Karolos Papoulias told a room of feuding politicians that depositors had withdrawn nearly $900 million from banks in two days.

He was trying to push the politicians to put aside their differences and form a government so Greece could stay solvent and remain part of the eurozone.

But the politicians couldn't agree and the president's revelation made the public nervous.

"It's very understandable for people to be scared when they hear Greece may get out of the euro area," says economist Gikas Hardouvelis, who recently advised former Prime Minister Lucas Papademos. "They feel that their deposits may lose value the moment the euro transforms into drachma."

If Greece doesn't get a stable government in the next couple weeks, there's fear that the country could run out of money as early as the end of June. If that happens, Greece will likely go into a chaotic default that could eventually force it to leave the eurozone.

Savings Could Be At Risk

The drachma would be worth far less than the euro. A recent Bank of Greece report showed that people's savings and assets would likely drop in value by more than 60 percent.

It's very understandable for people to be scared when they hear Greece may get out of the euro area. They feel that their deposits may lose value the moment the euro transforms into drachma.

The fear of "drachmaggedon" is something Kostas Mariolis writes about as a banking reporter at Capital.gr, a financial newspaper in Athens.

Mariolis, a former banker himself, says some Greeks are indeed panicking.

"Now, we can see even depositors with 20,000 or 30,000 euros taking their money out," he says. "Sometimes they find it easier to keep their money below mattresses in their houses."

Police say that trend has caused an increase in burglaries. They've urged Greeks to trust the banks and leave their money there.

Greek banks were healthy before the crisis. They had no toxic assets and earned money the old-fashioned way — by lending to businesses and people they had scrutinized.

But the banks had bought Greek bonds, which were considered one of the safest investments. Those bonds became toxic after the debt crisis. A bond swap that reduced the country's debt also cost Greek banks nearly $31 billion.

"If the Greek banking sector slowly goes down the drain, it will carry the country with it," Hardouvelis says. "The banking sector is very critical because it touches all types of businesses, households, it is the blood of the body. If the economy is the body, the bloodstream is the banking sector."

Michael Massourakis of Alpha Bank says the fear of a so-called "bank jog" — or the slow withdrawal of deposits — has slowed down for now.

"The only challenge we face is really the fact that business is nonexistent," he says. "Basically there is no demand for loans, and at the same time, our deposit base is being eroded, which means increased reliance on central bank financing."

Earlier this week, Alpha and three other major Greek banks received about $22 billion from the European Financial Stability Facility, a eurozone rescue fund. The money helped boost their nearly depleted capital base.

That's helped ease fear of bank jogs and drachmaggeddon for now. But banks, like the Greek people, are hoping the country finally has a government after elections on June 17.