Accessibility links
London's Mayor On 'The City That Made The World' In just a few weeks, the world will descend on London for the Olympic Games. NPR's Scott Simon talks with London Mayor Boris Johnson about his city and his new book, Johnson's Life of London: The People Who Made the City That Made the World. 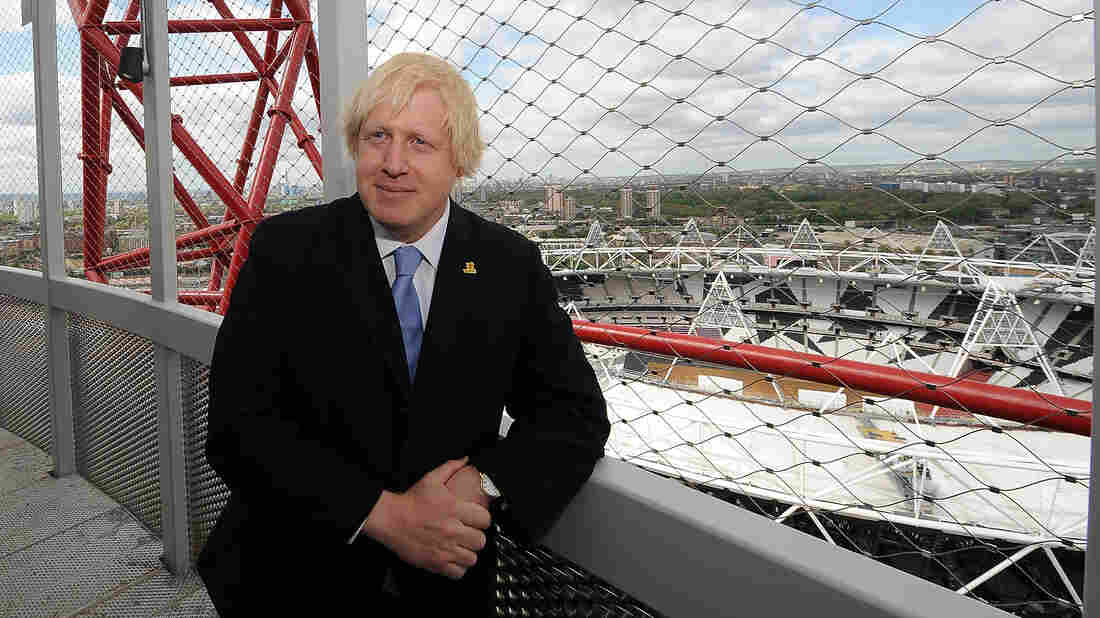 London Mayor Boris Johnson stands atop the ArcelorMittal Orbit, an observation tower in London's Olympic Park, at its unveiling on May 11. Johnson is the author of Johnson's Life of London: The People Who Made the City That Made the World. Christopher Lee/Getty Images hide caption

In just a few weeks, the world will descend on London for the Olympic Games.

But the world goes to London every day, according to Boris Johnson, the former journalist who has just been re-elected mayor of London. In his new book, Johnson says people don't just visit the city, they've made their lives there for centuries now. It's a city, Johnson writes, where national soccer teams from all over the world can show up and count on crowds of thousands of fans to support them.

Johnson, the mayor with scarecrow hair who bicycles around his town, has written a book that traces some of the London that may reside in all of us — from Shakespeare to Churchill, the business suit to the bicycle, the flush toilet, Keith Richards and Florence Nightingale.

His book is Johnson's Life of London: The People Who Made the City That Made the World. And, as he tells Weekend Edition Saturday's Scott Simon from his home in London, he believes the city has a brand — but not one everyone might think of.

"I think one of the points of the book," says Johnson, "was to make Londoners themselves aware quite how much of their landscape is due to foreign immigrants of one kind or another. Just upriver from where I am, I can see London Bridge — that was the site of the first bridge across the river. Who built London Bridge? It wasn't Londoners. It was a bunch of pushy Italian immigrants from 43 A.D., the Romans, who founded this town. In other words, what I'm trying to say about London is that it's been a magnet for talent for 2,000 years." 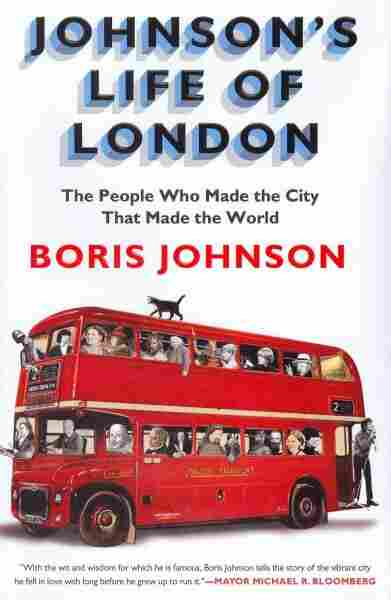 The People Who Made the City That Made the World

Countering the idea that the world is becoming more "Americanized," Johnson sees a lot of traces of London around the world.

"I think what most patriotic English people would say is that, of all the great things that Britain has done for the world, America — I would humbly, politely suggest to my audience — is that which we can be most proud," Johnson says.

Tongue not entirely in cheek, Johnson explains that the Founding Fathers' doctrines of liberty and equality undoubtedly came "not just from the French Revolution but from ideas that were very, very important in 18th-century Britain, and of course 18th-century London. So the United States is our proudest creation."

Johnson's book also mentions some other products of London that he believes all have an exceptional quality.

"They are things that were vital for the world," Johnson says. "I can't remember quite what the connection between Winston Churchill and the flush toilet was — I suppose they're things in one way or another [that] liberated mankind."

In writing about Churchill, Johnson notes that he is not only an iconic figure to Britons as well as Americans, but can be an inspiration for anyone who's been fired or who considers themselves a slow learner.

On the question of whether London is part of Europe, Johnson recalls reading a history of Europe in which it was pointed out that the Thames was, in fact, a tributary of a river running through what is now the English Channel.

"In other words, this is a European river I'm looking at, and of course London is a European capital," Johnson says. "Whether that means we have to take part in the euro and all the schemes proposed by the well-motivated, intelligent bureaucrats of Brussels, I doubt."

As for Johnson's political future, he's not looking toward party leadership or anything else beyond his mayoral term.

"I've got a four-year mandate. I've got a huge job to do," Johnson says. "How can I put this: It's not something I think is likely. Conventionally, what I say is, I'm more likely to be blinded by a champagne cork, or decapitated by a Frisbee, or reincarnated as an olive, or locked in a disused fridge."