Accessibility links
First Listen: Bobby Womack, 'The Bravest Man In The Universe' The soul legend's new album-length collaboration with Damon Albarn is an assertion of intelligence and power, full of blood, sweat and salty vinegar.

Hear 'The Bravest Man In The Universe' In Its Entirety 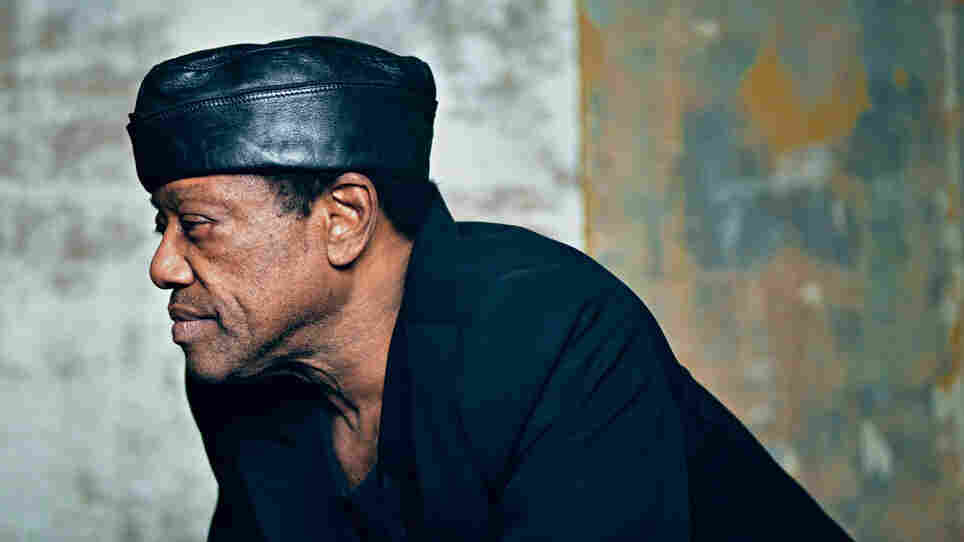 Bobby Womack's new album, The Bravest Man in the Universe, comes out June 12. Courtesy of the artist hide caption 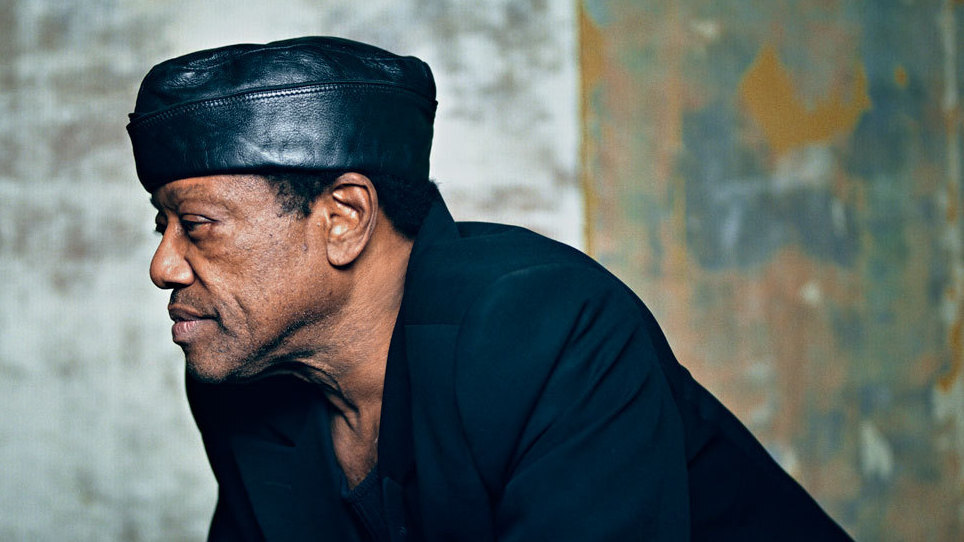 Bobby Womack's new album, The Bravest Man in the Universe, comes out June 12.

Ghosts speak between the beats on The Bravest Man in the Universe, but Bobby Womack is not one of them. His voice — a vehicle for some of soul music's most memorable midnight pleas and morning cock crows — could never pass for dead, even if it's now scuff-marked. That scrappy instrument galvanizes this collaboration with Britpop polymath Damon Albarn and XL Records owner-producer Richard Russell, making what could have been a beautiful mummification into an assertion of intelligence and power, full of blood, sweat and salty vinegar. Whether dropping to creaky knees in a love man's classic stance, getting philosophical on a bar stool like Frank Sinatra, or chasing the gospel train to modern-day Africa, Womack defines this project, his stance summed up by the crowning phrase of the album's final track, "Jubilee": "Don't let anybody turn you 'round!"

The atmospheres shaped by Albarn's keyboards and Russell's beats and samples sound nothing like traditional R&B (whatever that is), yet there's no doubt that they serve Womack's own sensibility. It may seem unnecessary to state that he's front and center on an album bearing his name, but when an elder works with younger admirers whose approach was formed within a different aesthetic, a kind of erasure can occur. Great artists, either dressed up in period outfits that no longer fit or lost within new settings that obscure their gifts, can be rendered mute. It's reasonable to fear that this could happen to Womack. Why couldn't he just make another great R&B album, as he's been doing since 1968? Yet to assume that The Bravest Man in the Universe is less genuinely his because it's redolent of trip-hop and ambient electronica is to discount the truly curious spirit of a man who deserves the overused assignation of "maverick."

This isn't the first time Womack has found a new self by partnering with British acolytes, nor was his pairing with Albarn in the Gorillaz track "Stylo" a real surprise. In the 1970s, Womack toured with The Faces, contemplated making a Sam Cooke tribute album with Rod Stewart, and even co-produced Ron Wood's second solo album. He's always covered rock songs, melding the intense engagement he learned as a gospel youth with more singer-songwriterly ways of unveiling the human psyche. From his youth as a Cooke protégé to his brilliant 1980s duets with Patti LaBelle, Womack has proven himself to be one of pop's most open free spirits, always ready for a new perspective.

What's cool about The Bravest Man in the Universe is the way you can hear the three main men involved listening to each other. Several tracks unfold slowly, with a minimalist feel; there's a lot of breath between Womack's singing, Albarn's piano tinkling and Russell's sample work. "Whatever Happened to the Times," a 1985 co-write between Womack and country-soul songwriter Jim Ford that's gorgeously redone here, is a great example. It starts with Womack playing with the melody he borrowed from a Burt Bacharach song; Albarn responds with a keyboard line lifted from some lost disco anthem. Russell adds an echo of human voices chattering in the background, as if these old songs, and the old version of the song now resurrected, are talking to each other.

Back to those ghosts: The recognizable guest voices here, including samples from Cooke and Gil Scott-Heron and a shared song with Lana Del Rey that might be her best work yet, often do have a spectral quality. Turning to the dead for reinforcements (and to Del Rey, with her fatalistic yen for deadpan) may seem ill-advised, but Scott-Heron's phantasm tells a joke and Cooke's offers inspirational words — and anyway, Womack keeps bringing the life back into the picture. The Bravest Man in the Universe does bear comparison to I'm New Here, the album Russell made with Scott-Heron in 2010, not long before the great revolutionary poet died. There are similarities; Russell's fondness for skewing conventional soul or jazz tropes, or abandoning them altogether, challenges our habits of hearing a familiar voice and puts that voice (Heron's, now Womack's) on close display. This is where Womack's liveliness triumphs — he will not stand still to be examined. Instead, he engages deeply with each challenge his collaborators offer, conversing sharply with Albarn's laid-back piano lines, trying on different vocal tones depending on the snappiness or sultriness of Russell's programming.

The lyrics through The Bravest Man in the Universe (all new songs were written in the studio, with help from Womack's longtime collaborator Harold Payne) represent the musings of a man with a past, now facing age's challenges. The contemplative music well suits confrontations with regret like "Please Forgive My Heart" and prayers like the gospel standard "Deep River." There are blue numbers like "Nothin' Can Save Ya," a woeful duet with the Malian singer Fatoumata Diawara, and happy ones like the rousing "Love Is Gonna Lift You Up." The album paints a full portrait of a man who has always startled anyone with preconceived notions.

Anyone who discovers Womack through this fresh start should go back and explore his many other lives and resurrections; one of American music's feistiest survivors, he's brought the world plenty of trouble and delight. The Bravest Man in the Universe isn't some kind of Lifetime Achievement Award, much less an elegy. Instead, it's another step in the fascinating dance of someone who will keep kicking until he can kick no more.