Accessibility links
One Man's Case For Regulating Hate Speech In his new book, Jeremy Waldron writes that the U.S. is the only liberal democracy in the world that doesn't restrict hate speech — and that needs to change. He says, "I don't believe it's the role of law to protect people from being offended," but protecting human dignity is another matter. 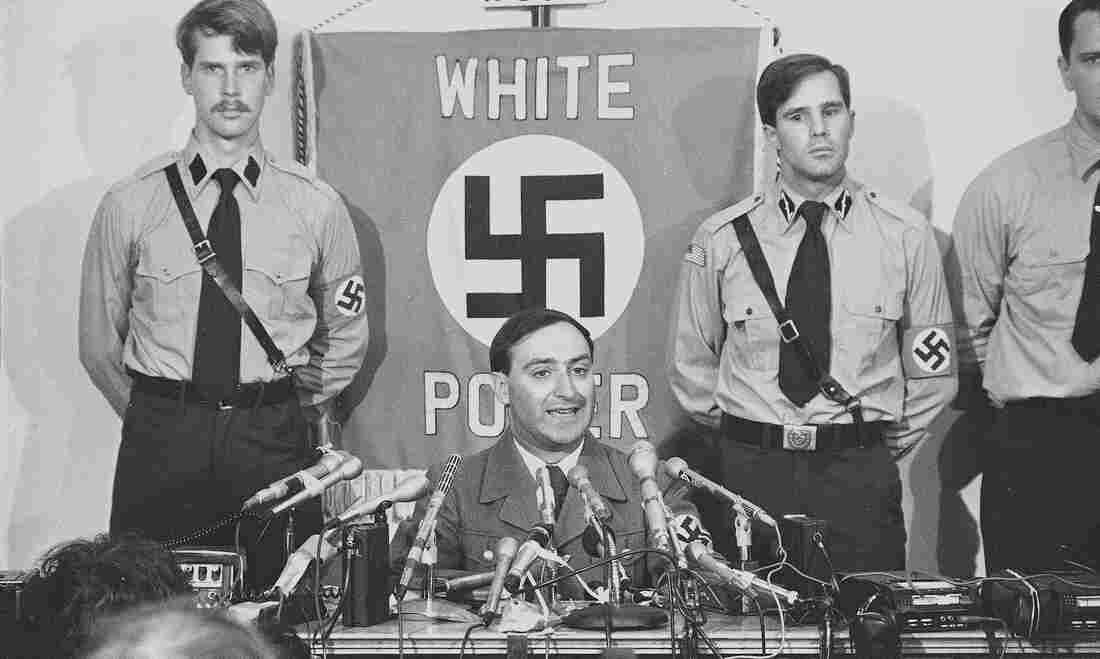 Frank Collin, head of the National Socialist Party of America, tells the press about his organization's plans to march in the predominantly Jewish town of Skokie, Ill., on June 22, 1978. The Supreme Court affirmed the neo-Nazi organization's right to march, but Jeremy Waldron says that's just the kind of speech the government should be restricting. AP hide caption 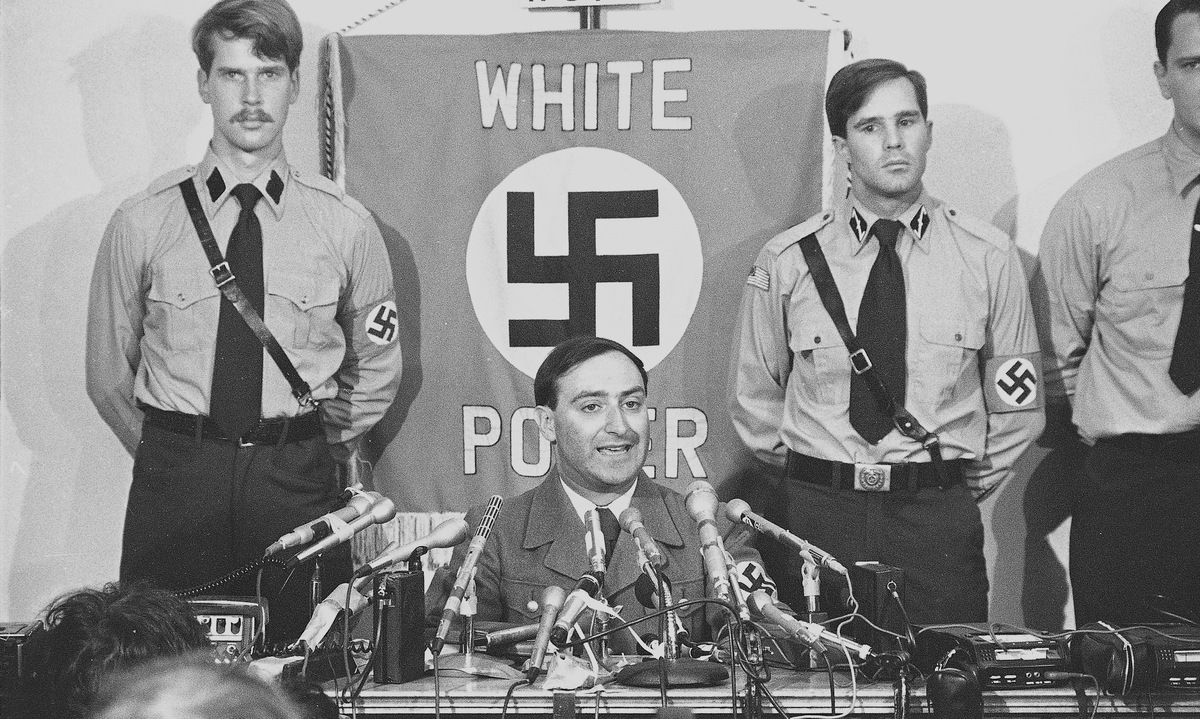 Frank Collin, head of the National Socialist Party of America, tells the press about his organization's plans to march in the predominantly Jewish town of Skokie, Ill., on June 22, 1978. The Supreme Court affirmed the neo-Nazi organization's right to march, but Jeremy Waldron says that's just the kind of speech the government should be restricting.

Warning: This story contains language that some might find offensive.

In the late '70s, Skokie, Ill., became the epicenter of the debate over free speech in the U.S. The town was home to many Holocaust survivors, along with their families, and that made it a target for the National Socialist Party of America — a neo-Nazi group from nearby Chicago.

The group planned to march through the heart of Skokie carrying anti-Semitic signs and proclaiming "white power." At first, Skokie banned the rally, but the Nazis fought the town in court. With help from the American Civil Liberties Union, the Nazis brought their case all the way to the Supreme Court, which affirmed that, under the First Amendment, they had a right to march. 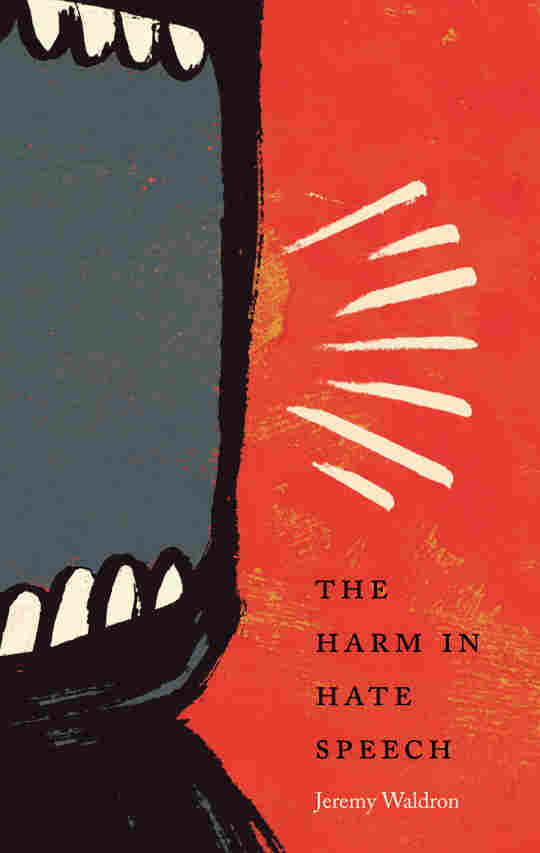 The case became a landmark, proving that even speech that many Americans find reprehensible is legally protected in the U.S. But a few voices still say the Skokie decision was wrong.

According to New York University law professor Jeremy Waldron, "In terms of the defacing of that social environment, the impact on the people concerned, the sense of terror reawakened by the nightmares that this sort of speech evoked — those concerns, it seemed to me, would have justified very serious restriction."

In his new book, The Harm in Hate Speech, Waldron calls attention to the fact that the U.S. is the only liberal democracy in the world without some version of hate speech regulation — the kind of regulation that would have stopped the Nazis from marching in Skokie.

On legal definitions of hate speech

"It's usually defined first of all in terms of its intention, that it's speech which is intended to cause the stirring of hatred and hostility towards a particular group. That's not enough on most definitions; they also insist that it must be likely to generate such hatred and hostility. Thirdly, the speech must be offered in a threatening, abusive and insulting way. And fourthly, these statutes tend to define safe havens or places where such speech can be engaged in without incurring liability, for example a conversation in one's home. Many of these laws bend over backwards to try to narrow down a particular range of damaging speech to the most egregious cases."

On how hate speech legislation would apply to the Westboro Baptist Church, which stages anti-gay demonstrations at military funerals and Holocaust memorials

"There are two important issues here. One is the content of the speech itself. Forgive me if I use bad words, but people are saying, 'Fags must die,' or that sort of thing on their posters, and certainly under the laws that I propose and the laws that exist in other regimes, that sort of talk would land people with a prosecution. There's further the question of time, place and manner, having to do not just with the abusive manner in which the speech is performed, but also with the intrusiveness on public funerals. And I believe that raises other important issues that would not be dealt with under a hate speech [law]." 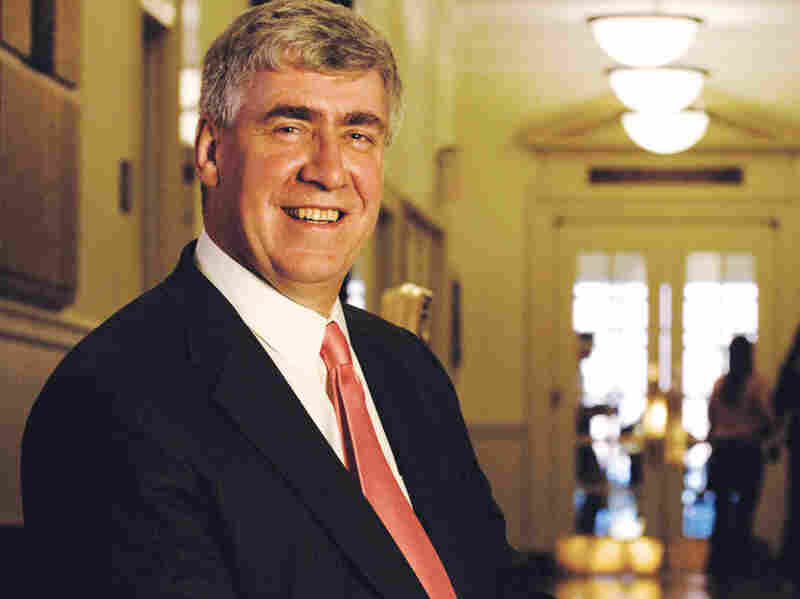 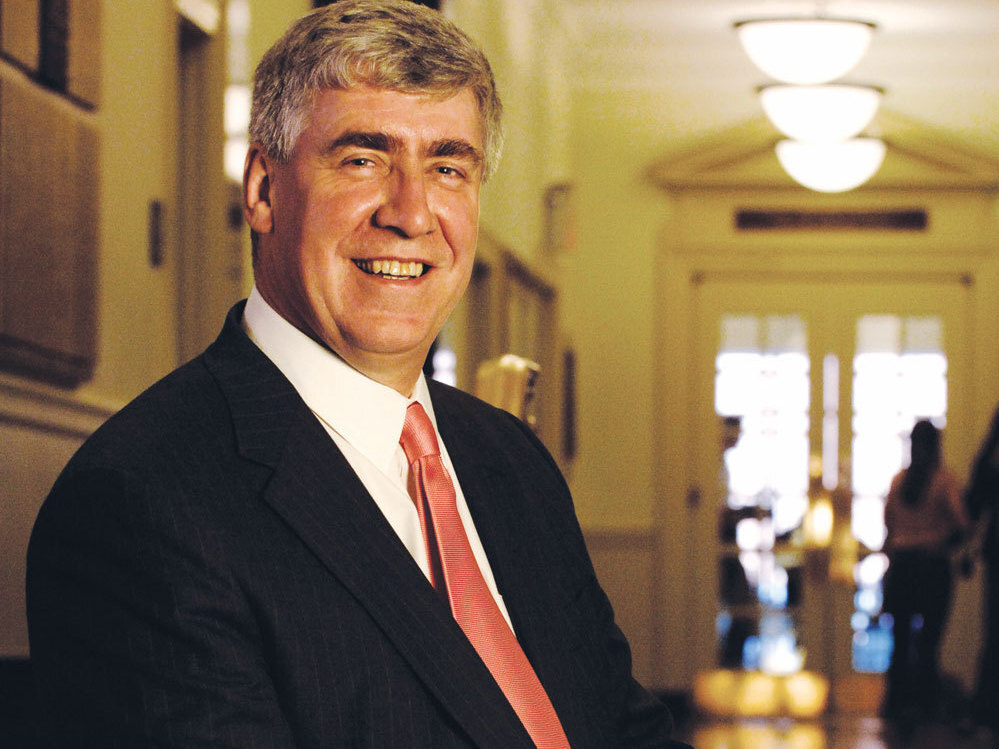 On how hate speech legislation would apply to Terry Jones, the Florida pastor who became infamous for organizing an 'International Burn a Quran Day'

"I think that's in a different category all together. One of the things that I try to do in the book — and [I] try to do it at length — is to distinguish the protection of human dignity from something quite different, which is protecting people from offense, even egregious offense. And I don't believe it's the role of law to protect people from being offended.

"I think there shouldn't have been legal repercussions under this sort of legislation. Of course it was a stupid, ill-judged, and dangerous thing to have done, but sometimes we have to swallow hard. And I think it's really, really important when we think about these issues to maintain this distinction between dignity and offense and to maintain the distinction between insulting and defaming the believers, and deriding or ridiculing or abusing the religion itself. The first is what hate speech legislation is aimed at, not the second."

Read an excerpt of The Harm in Hate Speech

Kid Told Westboro Protesters 'God Hates No One' Because, 'That Is True' May 24, 2012
Florida Pastor Does Not Plan To Burn More Qurans April 6, 2011
Supreme Court Sides With Westboro Church On Funeral Protests March 2, 2011