Accessibility links
Blacksmiths Forge A New, Artisanal Future Blacksmithing is an ancient trade that, like other crafts, saw a downturn during the Industrial Revolution, when machines took over jobs that humans once did. Now, blacksmithing is having a small revival — and this time it's not just about banging on an anvil. 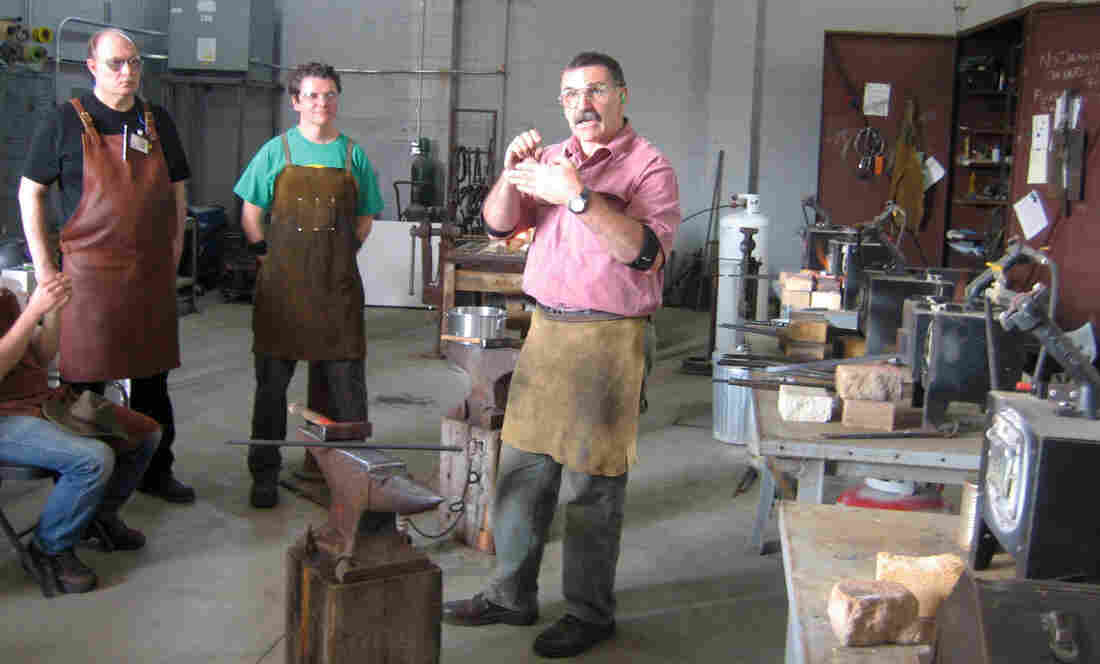 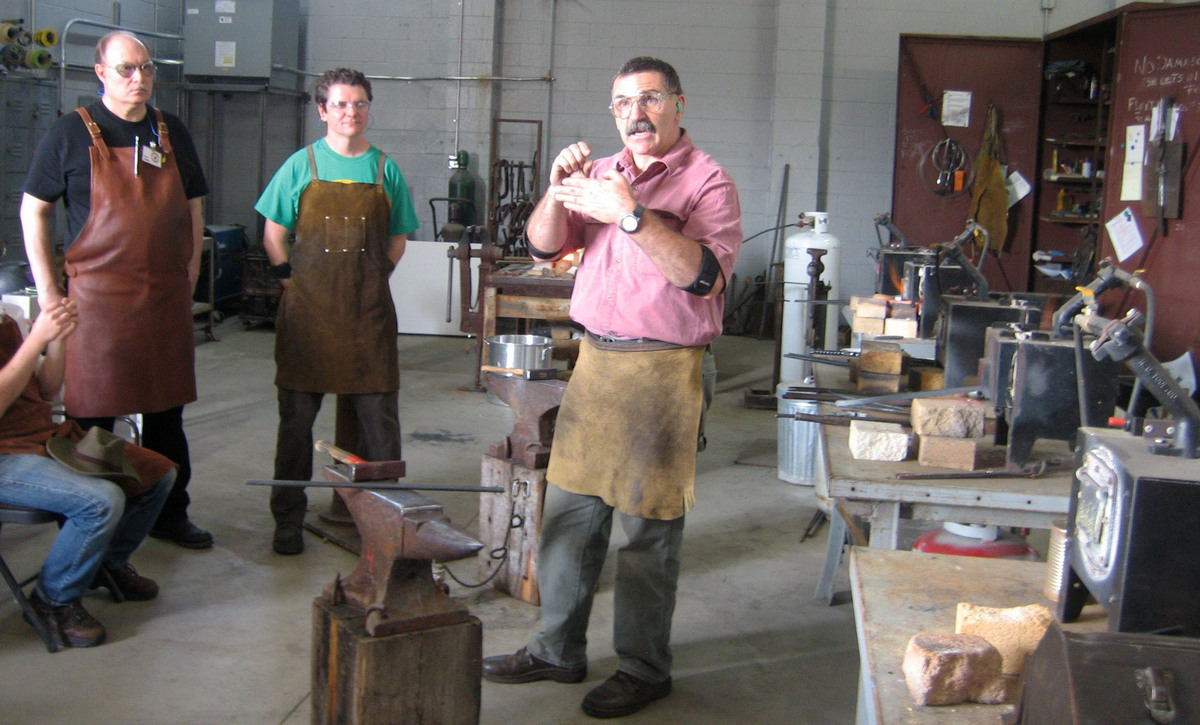 Adam's Forge is a dark, high-ceilinged warehouse space in Los Angeles. It's set up with anvils, medieval-looking tools and black ovens that breathe fire.

Recently, about a dozen people gathered for an advanced class taught by master blacksmith Mark Aspery.

Blacksmithing is an ancient trade that, like other crafts, saw a downturn during the Industrial Revolution, when machines took over jobs that humans once did. Now, blacksmithing is having a small revival as smiths build new ways of connecting with customers.

'This Is My Craft'

Aspery makes it to L.A. a couple times a year, and his students get more from him than the finer trigonometric points of blacksmithing. During lunch, Aspery tells an old story about King Arthur.

In the story, the king asks artisans to explain why their work was important to building Camelot. Tailor, carpenter, stone mason, goldsmith — each make a strong case. But then Arthur thinks twice.

Aspery learned the ancient craft through a traditional apprenticeship in the U.K. Now, he's spreading his knowledge throughout the U.S. by writing the book on blacksmithing. His three-level program was adopted by the national Artistic Blacksmith's Association, and it routinely sells out here at Adam's Forge.

Still, it's not a huge industry. There are between 5,000 and 10,000 blacksmiths in the U.S., and of those, only about 10 percent do it professionally — they make things like custom railings or artistic hardware for homes.

Back in the classroom, Scott Higgins is learning to punch a hole in metal.

"My target is to do everything and learn everything within six years, when I do an early retirement, and then this is just what I'll do," he says.

He plans to make enough money to cover materials "and maybe an occasional beer."

'Not Just Banging On A Hammer'

As for Aspery's story about the blacksmith at Camelot, It wasn't just an idle anecdote — charming customers is an important part of the blacksmith's new skill set.

Blacksmiths can make money these days finding those customers on the Internet. That means they need to be entrepreneurs and have an artistic vision to sell. Len Lodish, marketing professor at the University of Pennsylvania, says blacksmiths are doing more than producing products.

"Instead of having to spend time in front of an assembly line doing repetitive things, we now have people who are making artisan crafts and selling those and learning to banter and learning how to deal with customers," Lodish says, "and I would expect that that's a much more satisfying life."

"You need to have some form of verbal repertoire. It's not just banging on a hammer. And so you've got to have a few jokes," he says.