Accessibility links
'Napalm Girl': An Iconic Image Of War Turns 40 The image of a girl running from her burning village 40 years ago showed the horrors of the Vietnam War to the world. Now, the little girl is grown up, and she's become a lifelong friend of the AP photographer who took the photo. 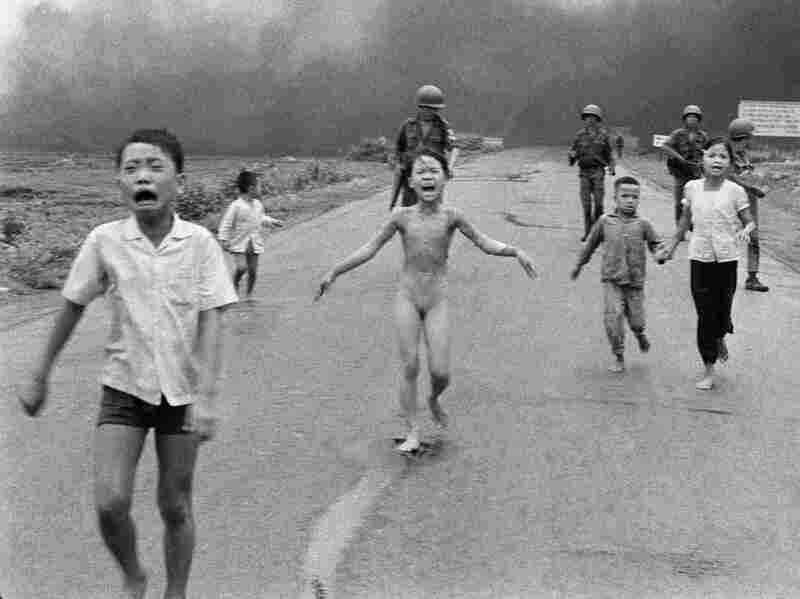 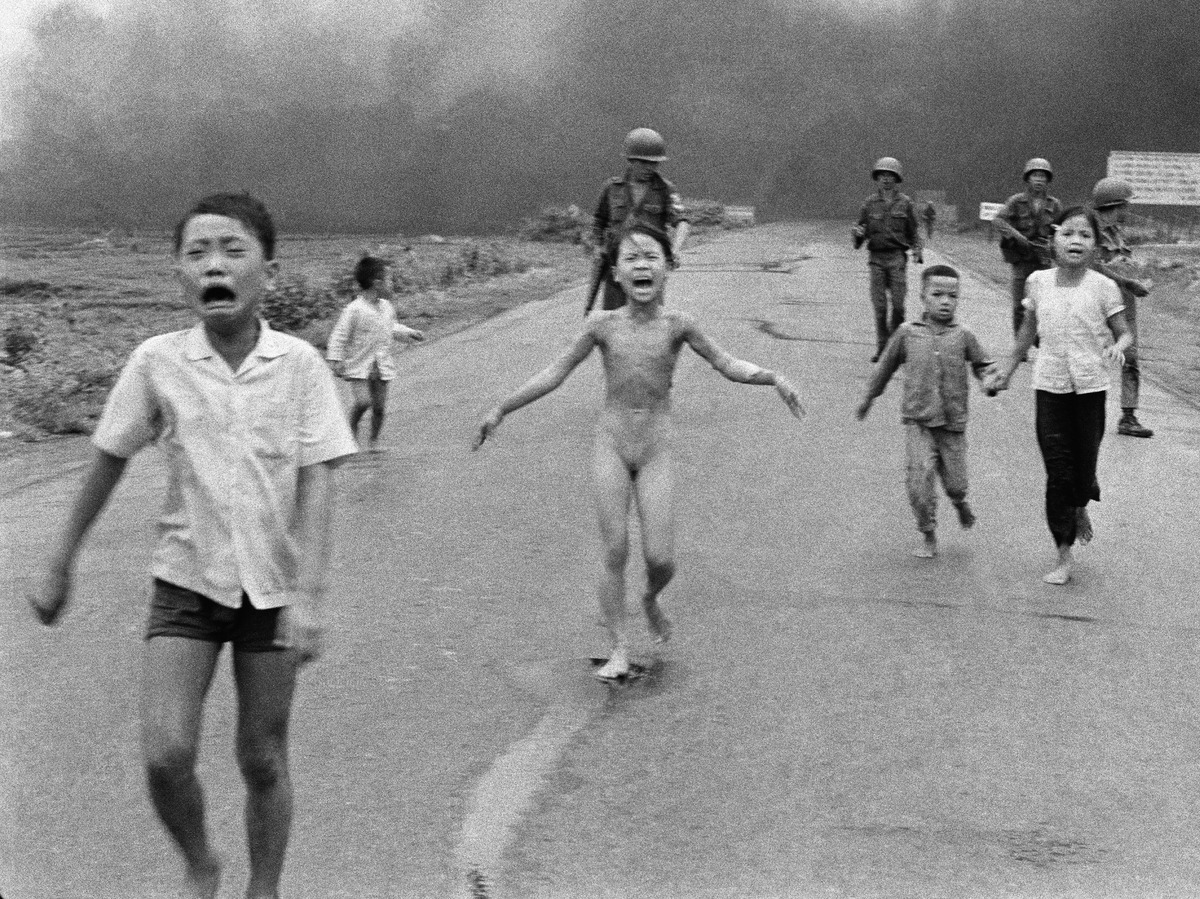 On June 8, 1972, AP photographer Nick Ut took this photo of 9-year-old Kim Phuc as she ran from an aeral napalm attack.

It's the 40th anniversary of an iconic image of war.

Whatever your age, you've probably seen this photo. It's a hard image to forget. A young girl, naked, runs screaming toward the camera in agony after a napalm attack incinerated her village, her clothes, and then, her skin.

That girl is Kim Phuc. She was 9 years old in 1972 when she was photographed, screaming in pain, after a U.S. commander ordered South Vietnamese planes to drop napalm near her village.

She told NPR's Terry Gross, "I saw the fire over my body. And my clothes just burn off."

The burns covered more than half of her body, and she lost consciousness. But, she says, she learned later, that the Associated Press photographer who took the picture, Nick Ut, took her to the nearest hospital after the photo was taken.

At the hospital, Nick Ut he was told that the little girl was beyond help. He demanded they treat her anyway — and Kim Phuc survived, despite the burns.

Ut's editors made an exception to a policy preventing frontal nudity in photos and went ahead and published it. Known simply as "napalm girl", the photo transcended the divisive debate about the rights and wrongs of the Vietnam War and crystallized the barbarity of war.

It earned Nick Ut a Pulitzer Prize, and, a lifelong friend in the little girl he saved. Now, the two talk almost every week.

Kim Phuc is now 49, living with her two sons in Canada. Nick Ut is still a photographer for the AP. She calls him Uncle Ut.