Accessibility links
The Nation: How To Buy A Recall Election On Tuesday Wisconsin will hold a recall election. Governor Scott Walker will compete against Milwaukee Mayor Tom Barrett. John Nichols of The Nation argues that if Walker wins it won't be because of his popularity — it will be on account of the money he has been able to raise.

The Nation: How To Buy A Recall Election

The Nation: How To Buy A Recall Election 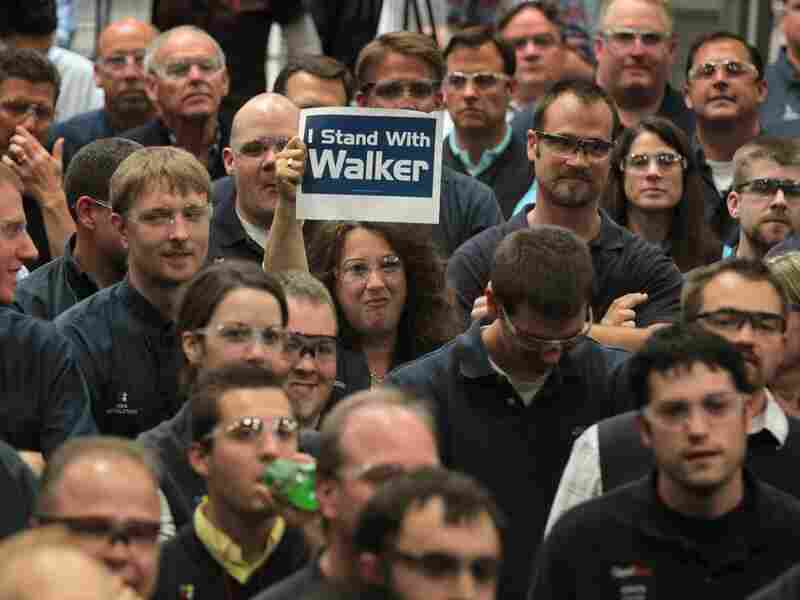 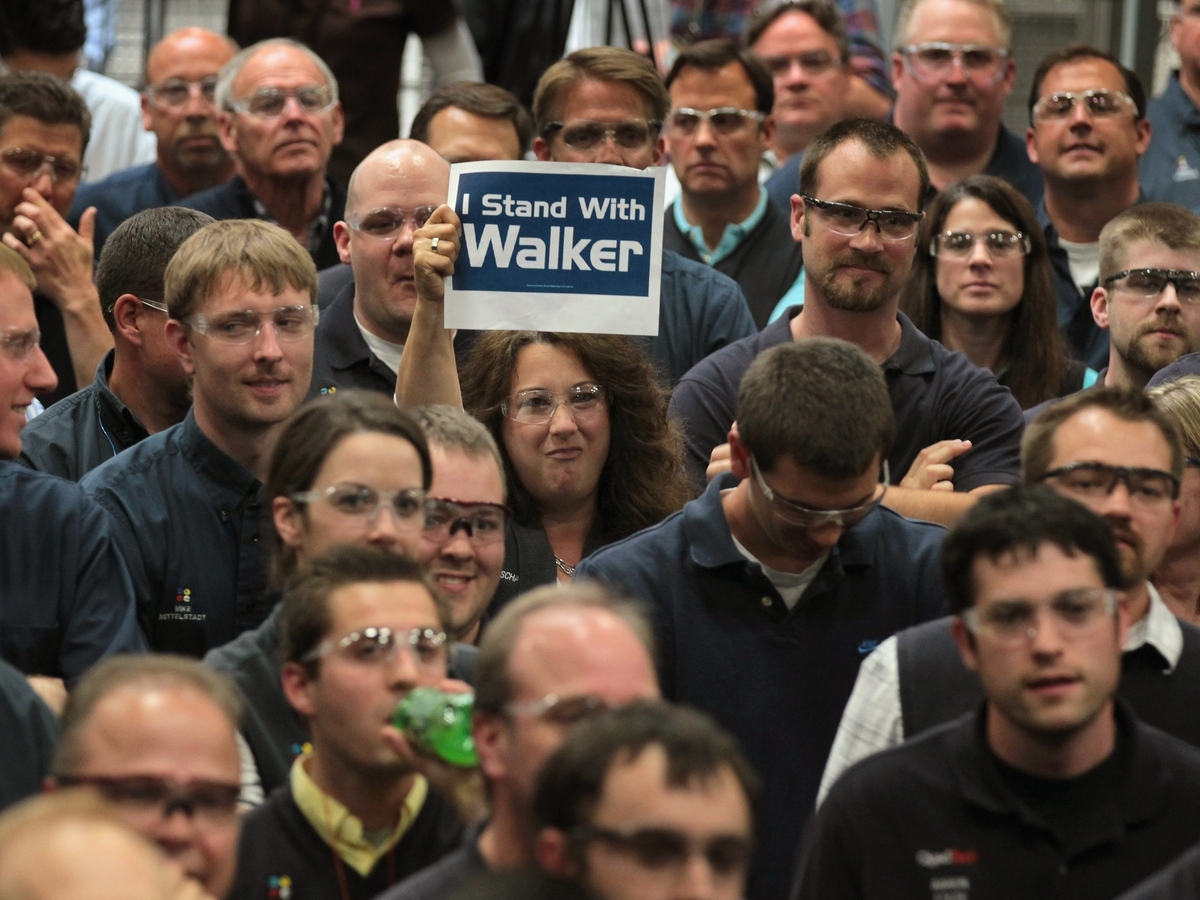 A worker at Quad Graphics shows her support during a campaign stop by Wisconsin Governor Scott Walker on June 1, 2012 in Sussex, Wisconsin. Walker will face Democratic contender Milwaukee Mayor Tom Barrett in a recall election on June 5.

Read Another Opinion On President Obama And The Wisconsin Recall Election

John Nichols is the Washington correspondent for The Nation.

Governor Scott Walker is not trying to win the Wisconsin recall election that will be held June 5.

He is trying to buy it.

If the embattled governor does prevail, he will provide essential evidence not of his own appeal but of the power of money to define our politics.

On the other hand, if Walker is defeated, a template will have been developed for a people-power, message-power politics that might be able to challenge big money.

And there is no question that what is in play is very big money.

Walker's campaign finance disclosure forms reveal that, as of May 21, Walker has raised more than $30 million for the June 5 fight he was forced into when more than 900,000 Wisconsinites petitioned for a new election.

An additional document (required for fundraising in amounts greater than $500 since May 21) reveals that Walker has collected at least $800,000 more since the formal filing.

So the governor confirms taking in more than $31 million. That's the most money ever raised by a candidate for public office in Wisconsin. And he continues to raise money at an unprecedented rate — taking in $5.2 million between April 24 and May 21.

And he is grabbing them from some of the biggest donors in the country, in amounts of as much as $500,000.

Exploiting a loophole in Wisconsin election law — which removes contribution limits for officials seeking to prevent a recall election — the governor has raised unlimited amounts of cash from wealthy donors. Even after the recall election was scheduled, 23 wealthy donors gave the governor an addition $1.7 million to offset expenses run up before the recall was scheduled and contribution limits went back into effect. (Among the expenses the campaign is covering are contributions — $160,000 so far — to Walker's criminal defense fund. That money is paying for top lawyers who are helping him address issues raised by a John Doe inquiry into wrongdoing by Walker's former aides and donors.)

The governor needs to raise big money because he is spending big.

Walker, who stumbled badly in the last debate of the campaign, and who now faces daily revelations regarding the John Doe probe that has targeted his aides and associates, knows that the only thing that has kept him politically viable is his money.

Walker has already burned through more than $28 million. That is more than any candidate has ever spent in a race for governor, U.S. Senate or any other post in any other race in the history of Wisconsin.

In just the period immediately before and after the Wisconsin primary, Walker spent $8.4 million.

By contrast, his Democratic challenger, Milwaukee Mayor Tom Barrett, has raised $3.9 million, with most of it coming since he was nominated May 8.

It is not just the money totals that distinguish the two candidates.

It is where the money comes from:

* Walker's latest report shows that more than 70 percent of his money was raised from outside Wisconsin. In particular, it comes from big donors from Texas, Florida, California and Illinois.

* Barrett's latest report shows that more than 70 percent of his money was raised from inside Wisconsin. In particular, it comes from small donors in Manitowoc, Mineral Point, Madison, Milwaukee and other Wisconsin communities.

That contrast is not to be underestimated.

As One Wisconsin Now's Mike Browne says: "Given Wisconsin's worst in the nation record on jobs and the cuts to schools and health care to pay for corporate tax breaks under Gov. Walker, it's really no surprise his 'divide and conquer' politics and trickle-down economics are more popular with people who don't have to live with the results."

Yet, when all is said and done, it is not the billionaire donors in Texas who get to decide who will be governor of Wisconsin. It is the voters of a state that should not allow itself to be bought.