Accessibility links
Baby Boom Money Squeeze Is Set To Get Tighter As this immense generation keeps aging, most will end up with dementia or other disabilities that require costly care. For individuals, families and taxpayers, this demographic shift will drain dollars and attention, and force extremely difficult decisions about living arrangements, as well as end-of-life care.

Baby Boom Money Squeeze Is Set To Get Tighter

Baby Boom Money Squeeze Is Set To Get Tighter 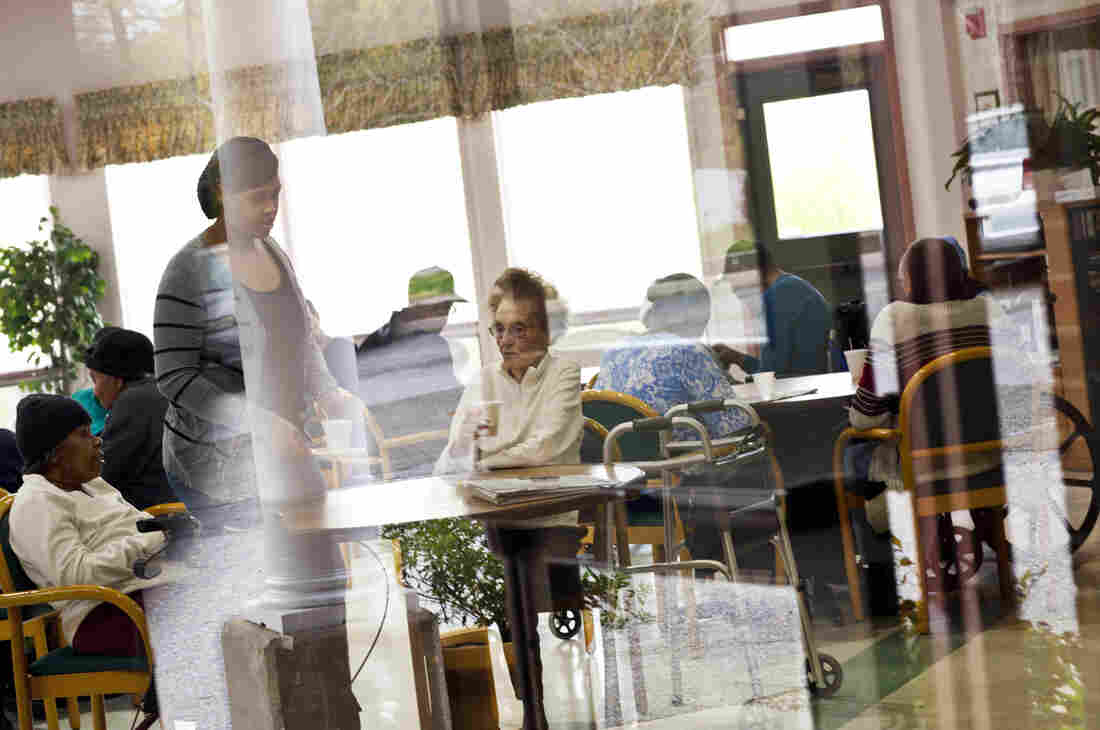 Some financial problems have obvious solutions.

But that's not the case with this problem: The number of elderly Americans in need of expensive care is about to surge, and there's no stopping the calendar.

"It's scary," said Geneva Hunter, a 66-year-old baby boomer whose 89-year-old, dementia-stricken mother lives with her in Maryland. "I'm concerned about the future because the cost of everything (related to elder care) is outrageous."

Roughly 78 million baby boomers are moving into their retirement years now. At first, they will be the "young" old. Legions of retired boomers soon will be walking around the mall, volunteering with community groups and taking grandchildren on trips.

At first, that can be good for the economy. But this immense generation, born between 1946 and 1964, will keep aging. Based on current medical outcomes, most of the people who live beyond age 85 will end up with dementia or other disabilities that require costly care.

Adult population, 25 and older. Highlighted bars show the ages of the people born during the peak years of the baby boom.

Here's how fast the numbers will ratchet up: In 1990, only about 3 million Americans were over the age of 85. Today, the figure is 6 million. By 2050, the United States will be home to about 19 million people older than 85, according to U.S. Census projections.

Perhaps a cure for Alzheimer's disease will be found. But if not, the number of people with the memory-wasting disease is expected to triple to 15 million by 2050. The cost of dementia care is projected to shoot from $200 billion to $1 trillion in today's dollars.

For individuals, families, local government officials and federal taxpayers, this demographic shift will drain dollars and attention, and force extremely difficult decisions about living arrangements, as well as end-of-life care.

For many people, it will mean taking in elderly relatives. For eight weeks, NPR's Morning Edition has been airing a series, Family Matters, to examine the challenges facing households where more than one generation of adults live together.

More than 50 million Americans reside in multigenerational homes. And in many of these households, middle-aged "children" are caring for elderly parents, as well as providing shelter for their own grown children. In many cases, family members are making big financial sacrifices to help each other.

But the squeeze may get even tighter for future households because boomers generally had fewer children, and more divorces, compared with the World War II generation. A Pew Research Center analysis of census data found that the boomer generation "offers its elderly parents about 50 percent more grown children with whom they can share a household."

Three decades from now, a much smaller base of "Gen X" children will be trying to help care for more elderly loved ones, including biological parents as well as stepparents. 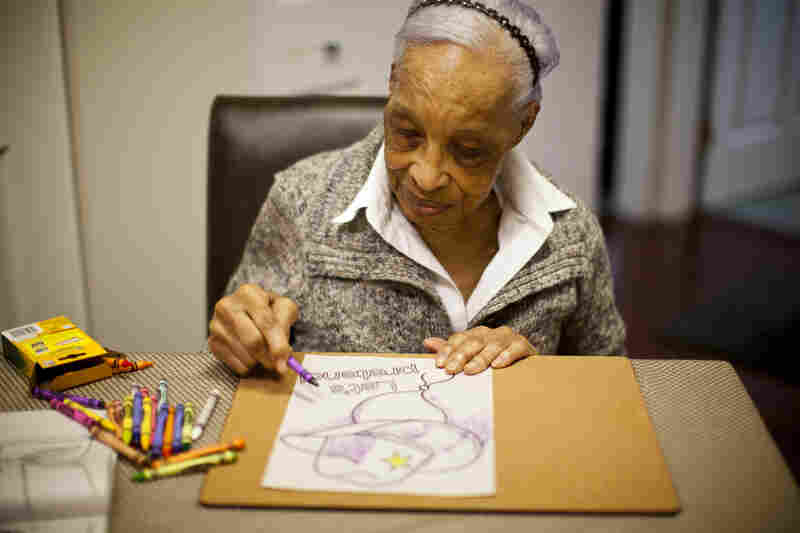 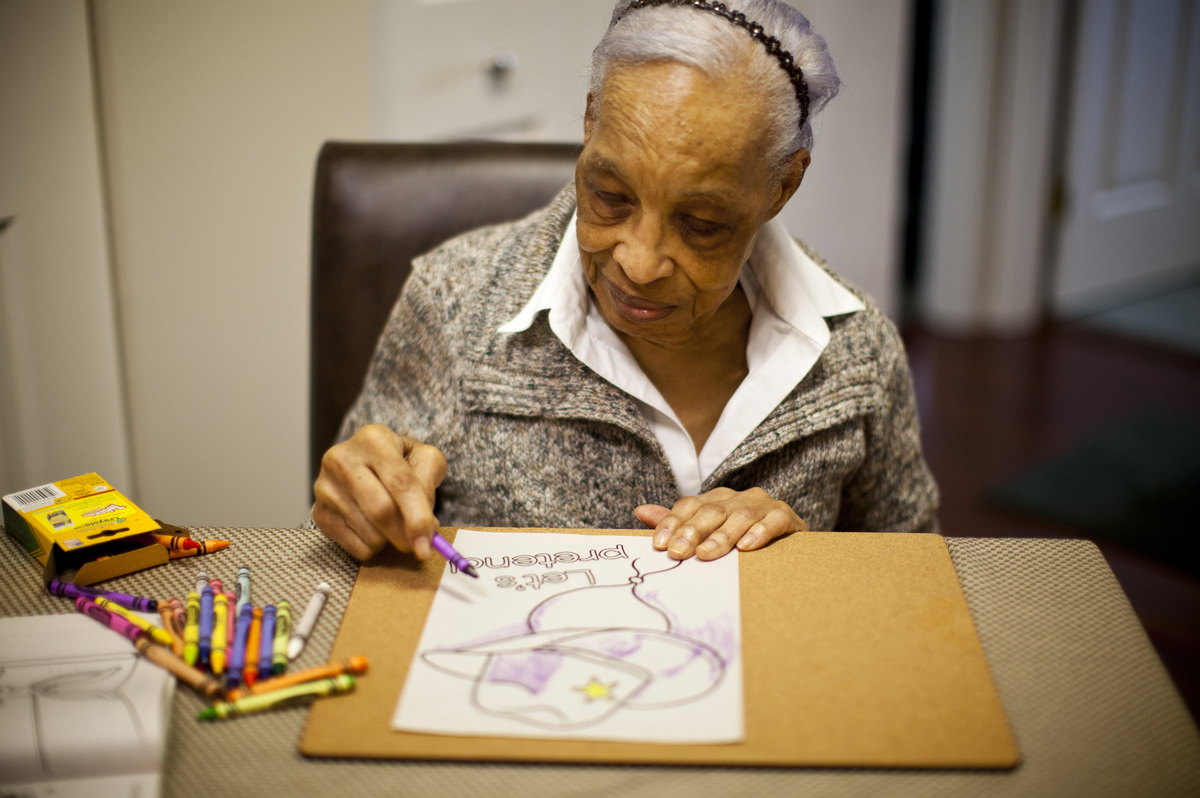 The ability of tomorrow's taxpayers to boost benefits for the elderly will be limited. That's because Americans already are saddled with so much public debt. Back in 1970, when baby boomers were young, the national debt was roughly 28 percent of gross domestic product. Now it's about 70 percent.

Despite that massive increase in borrowing, the government is running short of funds for existing programs. Medicare's trustees recently said the program that provides medical care to the elderly will remain solvent only until 2024. The Social Security system already is paying out more than it is taking in.

Providing aging Americans with long-term care "is a bona fide need and growing concern," said David Walker, a former U.S. comptroller general and an expert on federal spending. "But we have to recognize that the U.S. government has overpromised in the area of health care. We can't make more entitlement promises."

Given these demographic and fiscal realities, what options are there?

Experts say the private sector will have to do more. Just as many companies have adapted to having mothers in the workplace — offering longer maternity leave, day care or more flexible hours — they will need to help middle-aged workers care for elderly relatives. Adult day care options and more flexible hours may become more common.

And more homebuilders will have to adapt to the surge in demand for multigenerational housing. Few builders focused on that niche because throughout the 20th century, that type of household was shrinking. In 1900, nearly six out of 10 people over age 65 lived with someone from a younger generation. By the 1980s, only 17 percent did.

But a Pew Research Center analysis of census data shows that today, the number is rising again, with about 20 percent of older people living with another generation.

Major builders, such as KB Home, Toll Brothers and Lennar Corp., are responding by designing homes with two master bedrooms and separate entrances.

But individual solutions, such as doubling up to split living costs, may fall far short of the trillions of dollars that would be needed to hire all of the care needed to cope with all of the long-lived elderly.

Walker suggests individuals should make major changes in their spending habits today to help themselves tomorrow. "Saving is going to be key," the former comptroller said.

"Government has grown too big, promised too much and waited too long to restructure," he said. "It is going to spend less over time ... which means that individuals will have to plan, save and invest for the future."

Geneva Hunter agrees. Having seen how expensive it is to hire help to watch over her mother, especially at night, Hunter said she knows she has to hang on to her job, running secretarial operations at a law firm. "I have to keep working and saving and investing, and then hope for the best," she said.