Accessibility links
What China's Thinkers Need Most Is Also Most Elusive Chinese artist Yang Weidong has devoted the past four years to asking more than 300 Chinese intellectuals a deceptively simple question: "What do you need?" The resounding answer is "freedom." The results reflect both a sense of crisis and progress, in that such criticism can be openly voiced. 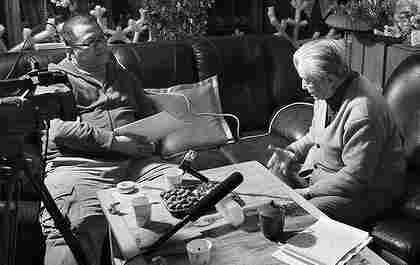 Yang Weidong interviews a subject for his documentary project "Signal," which finds that the vast majority of China's intellectuals yearn most for freedom. He plans to interview 500 of China's top thinkers for the project. Courtesy Yang Weidong hide caption 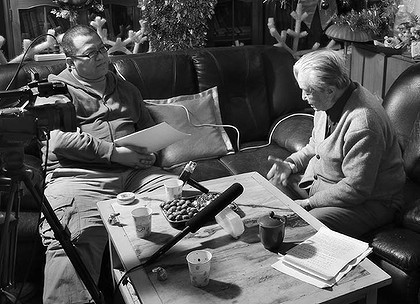 Yang Weidong interviews a subject for his documentary project "Signal," which finds that the vast majority of China's intellectuals yearn most for freedom. He plans to interview 500 of China's top thinkers for the project.

A deceptively simple question has become an obsession for Chinese artist Yang Weidong: "What do you need?"

For the past four years, Yang has posed the question to more than 300 Chinese intellectuals, and the results illustrate a startling level of discontent among China's thinkers.

As for the answer, one word pops up time and time again.

These interviews appear in a short film by Yang Weidong, part of his project "Signal" — known in Chinese as "Need."

Yang's interview list includes some of China's most prominent thinkers, artists, authors and poets, many of them well-known liberals. The vast majority voiced their firm desire for freedom.

"Of China's thinkers, more than 95 percent of those I interviewed need freedom, though they used different ways to express this," says Yang.

There were other answers, too. In the wide-ranging interviews, some talked about the need for faith or spiritual life. Others said China needed morality, the rule of law and proper protections for constitutional rights. Three interviewees said they needed money. About the same number said they needed Marxism-Leninism. At least three couldn't think of anything they needed. And one — philosopher Wu Guosheng — said he had never considered the question before.

'We Live In A Ridiculous Society'

Yang believes his project underlines a sense of crisis among Chinese intellectuals, chafing at the restrictions that bind them.

"We live in a ridiculous society," says Yang, 46. "Now we Chinese people are pigs. At the most basic level, two people who are married don't even have the right to have babies. You have to be allowed. You will eat whatever they feed you. They ask you to be happy, and you're happy. They don't let you think."

Many bemoan the lack of academic freedom, with older scholars condemning the wholesale attack on scholars during the Mao era. Film critic Luo Yijun, 86, described the Mao era as "breaking the backbones of Chinese intellectuals." 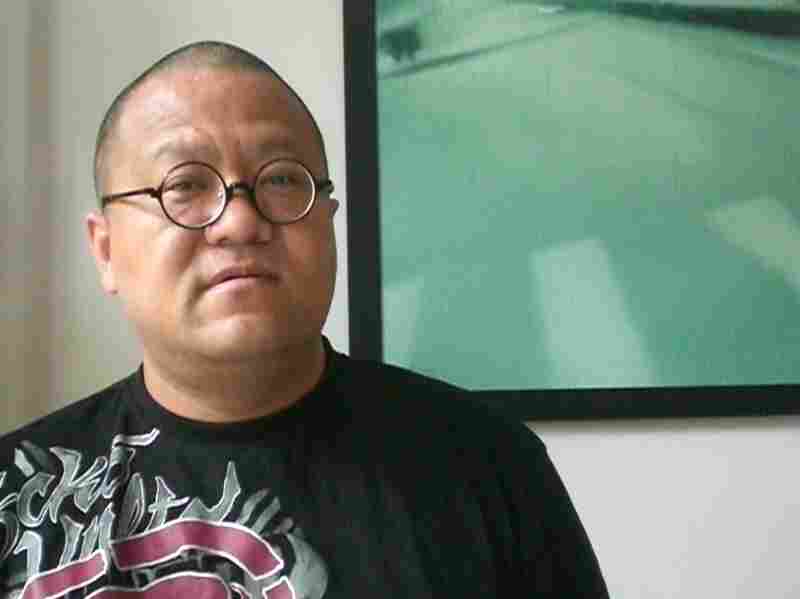 Yang is the grandson of a revolutionary martyr who joined the Communist Party in 1925. He launched his project in memory of his father, who died after a confrontation with officials from his mother's work unit. Louisa Lim/NPR hide caption 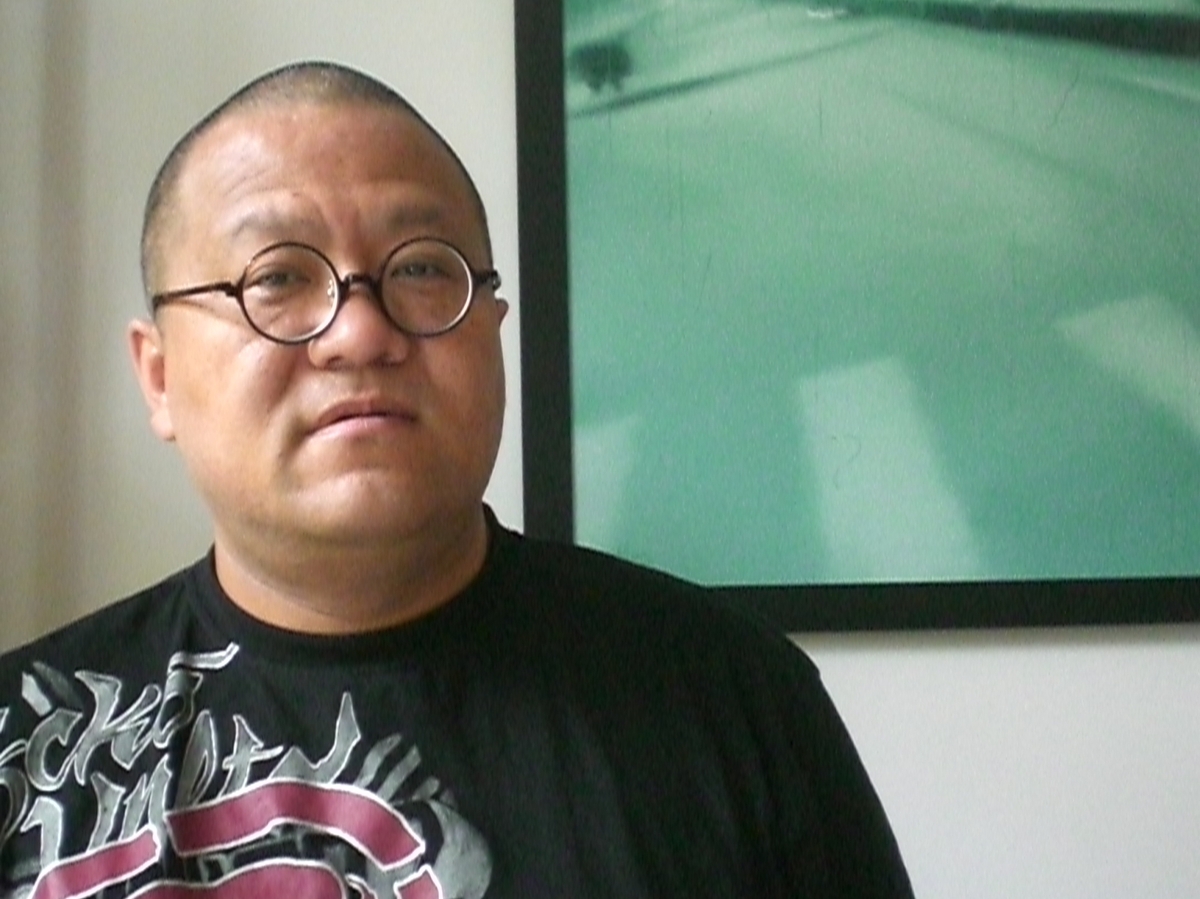 Yang is the grandson of a revolutionary martyr who joined the Communist Party in 1925. He launched his project in memory of his father, who died after a confrontation with officials from his mother's work unit.

"Most intellectuals were suppressed and deceived; many of them were seduced by very extreme theories and ways of thinking," 80-year-old historian and philosopher Yuan Weishi says of that era. "I myself am included. When I was young, I bought into all of that. But slowly I woke up."

The Chinese government's attitude toward intellectuals is to use carrots and sticks alternately, according to Wang Kang, a scholar of Soviet-style communism.

He describes the climate of fear running through intellectual circles after the bloodshed of 1989: "One of the disastrous results of the shootings of June 4th in Tiananmen Square is the collapse of Chinese intellectuals. Then our state was poor, so there was not much money to buy off these people. Later, the state suddenly got rich, so it gave money to you. So then you shut up; the deal has been done. We give you the benefits, so you behave obediently."

Yang himself admits that conducting the interviews was a process of awakening, saying he was an "idiot" when he first started.

The grandson of a revolutionary martyr who joined the Communist Party in 1925, Yang began this project in memory of his father, who died after a confrontation with officials from his mother's work unit.

He says one quite common response among members of second- and third-generation "red" families, like his own, is bemusement at the collapse of their ideals, and then a slow dawning realization that "those beliefs had been forced on us anyway."

The animosity toward the Communist Party is startling.

"Those who haven't benefited from communism curse it," Yang says. "But those that benefited curse it, too."

More than a dozen elderly interviewees even said they believed life was better before the communist revolution in 1949. Such views amount to heresy in China. But in Yang's interviews, nothing is off limits, with some daring to say bluntly that the emperor has no clothes.

"China is now a union of power and money," says Wang Kang, the scholar. "Power is especially expressed in Beijing. Look at those advantaged groups: the princelings and the state-owned corporations. They're all dazzlingly rich. A large part of China's historical dividend has been swallowed by a small minority."

"What part of this is socialism?" Wang continues. "It's never been socialist. It's fake socialism. It's the opposite of socialism."

Unsurprisingly, Yang's project has attracted the attention of the authorities. His house has been searched and some interview tapes confiscated. He has published books of some of the interviews in Hong Kong; he's not able to publish in China.

But in April, he was prevented from leaving China. He was trying to go to the U.S. to meet the Dalai Lama. Now he fears he could be putting his family at risk.

When asked what he needs, Yang echoes the answer he has heard so many times.

"I need freedom myself. I can't leave the country. My freedom of movement is restricted. I also need my freedom to create," he says.

That's the paradox of Yang's experiment. He has given Chinese scholars a free platform to voice their complaints. But it is, in fact, a step forward that there is enough freedom in China for such open criticism to be voiced.