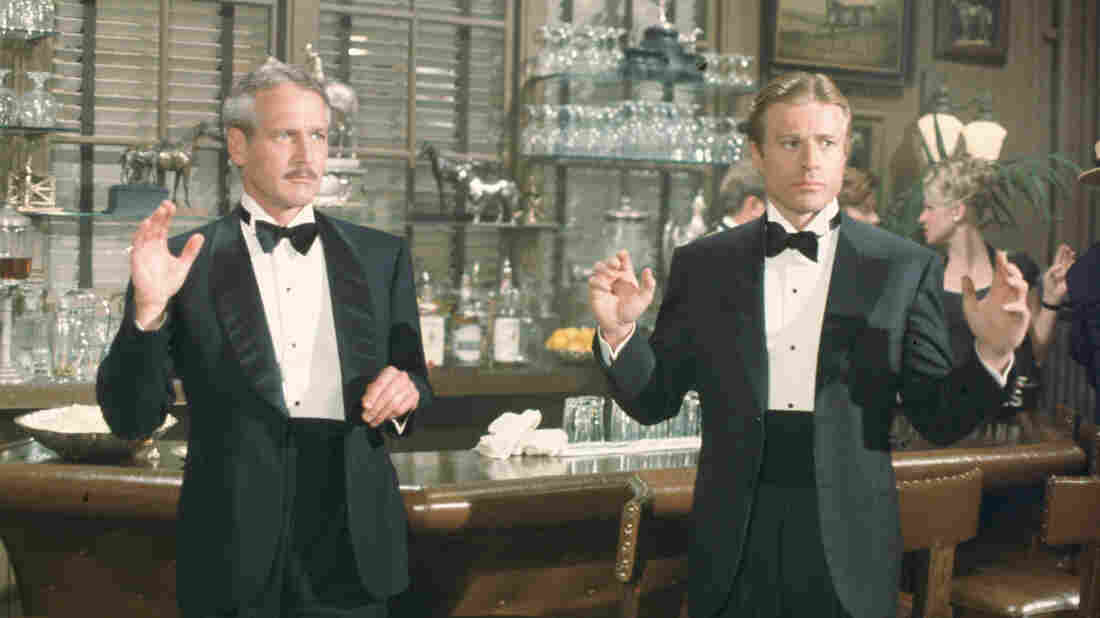 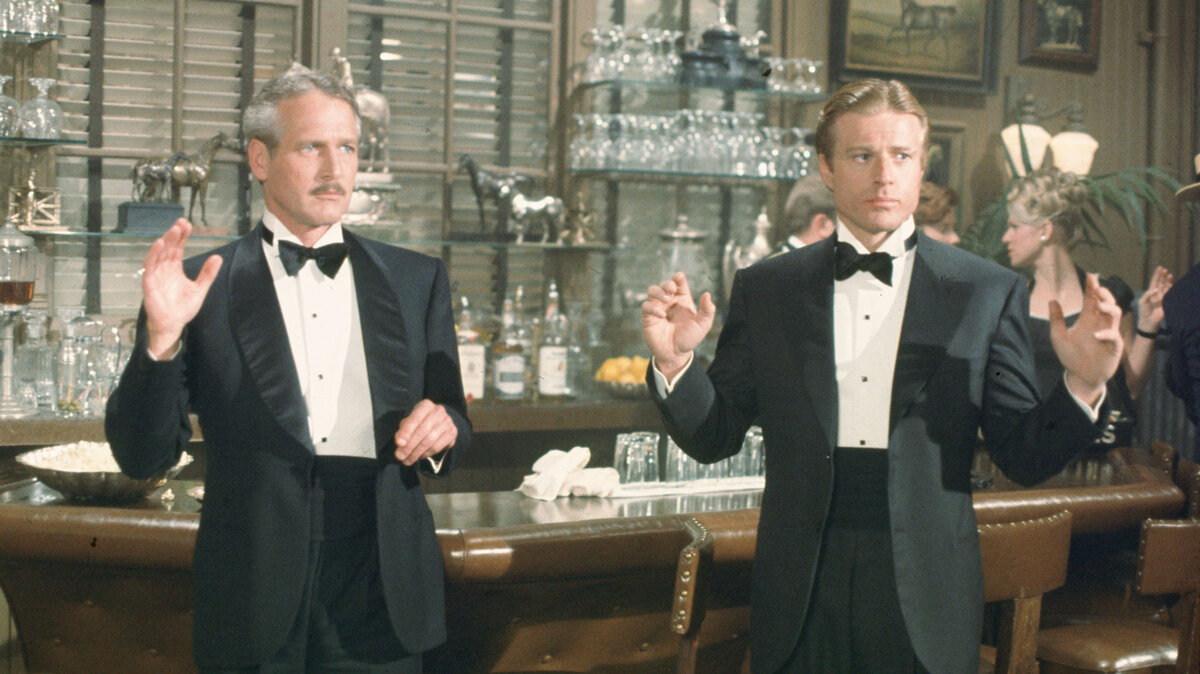 Paul Newman and Robert Redford in The Sting.

Time now for a home-viewing recommendation from movie critic Bob Mondello. He's says he's excited about the Blu-ray release of The Sting...and that's no con.

All it takes is a few notes of that Scott Joplin rag and the whole movie starts playing in my head: In Depression-era Chicago, two grifters, experts in the confidence game, come up with a big con to get back at a crooked banker who'd killed a friend. Robert Redford is Hooker, a small-timer with a cause; Paul Newman is Gondorf, an old-timer with experience. 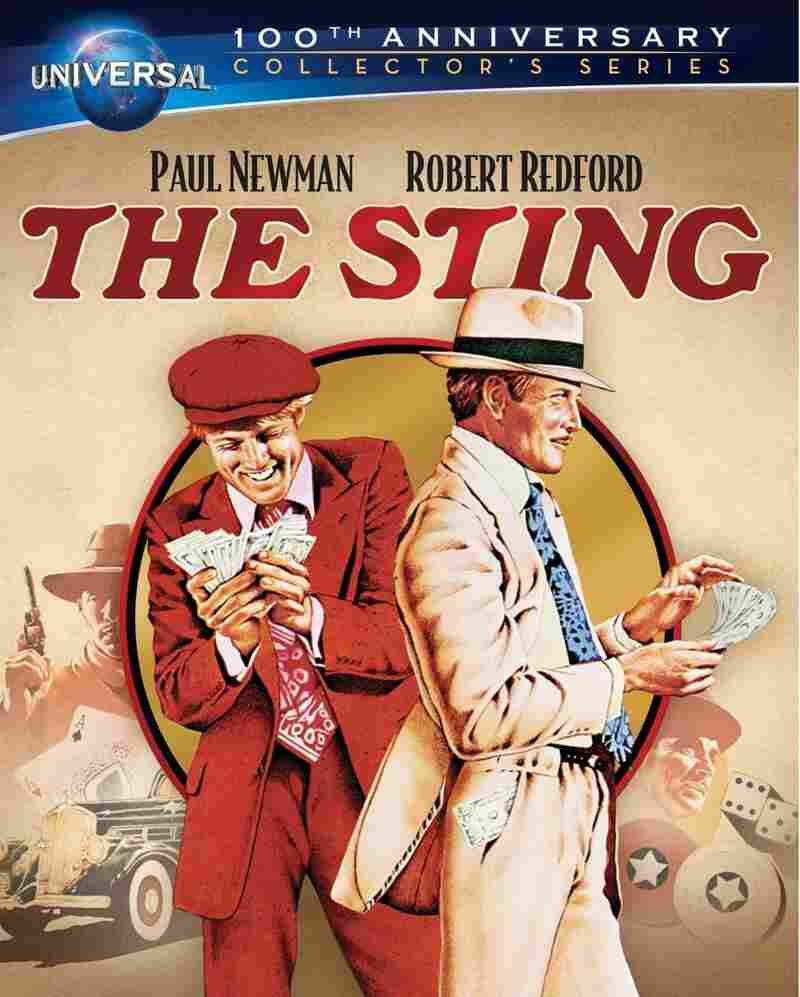 The cover of The Sting. hide caption 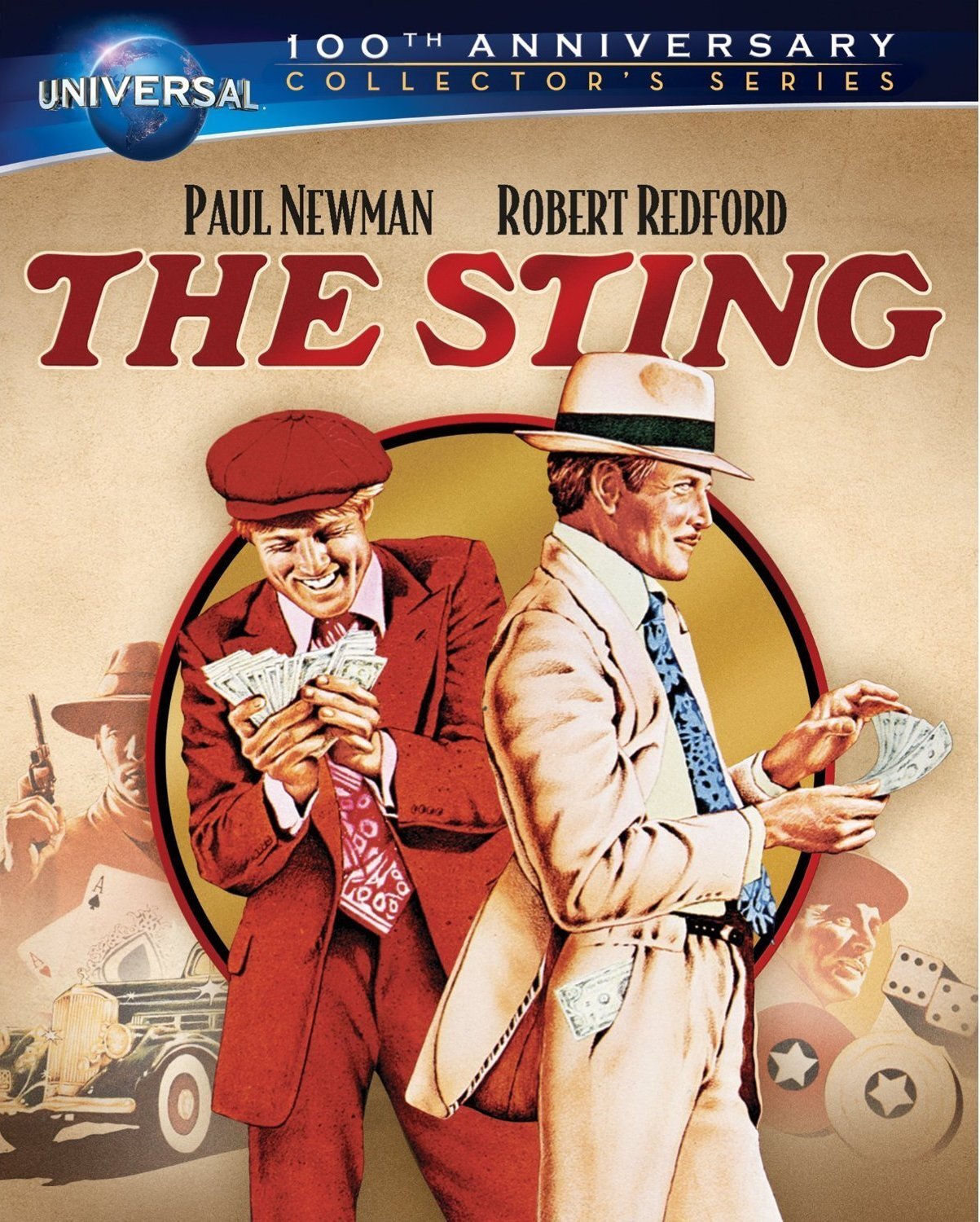 The cover of The Sting.

In my memory, the whole movie is sepia-toned, but in this Blu-ray transfer, the colors are vibrant. in fact "Blu"-ray, for once, seems appropriate given the two pairs of baby-blues it's adding luster to. Redford and Newman had just teamed up with director George Roy Hill a few years earlier for Butch Cassidy And The Sundance Kid, so re-teaming them in another buddy flick was a no-brainer. And this time they're surrounded with a great supporting cast — limping bad guy Robert Shaw, growling cop Charles Durning, sashaying madame Eileen Brennan, and a whole raft of character types.

The Blu-ray packaging is handsome without being terribly informative. Most of the extras aren't new — a three-part making-of film was already on previous releases, and the studio's self-promotional, Centennial stuff mostly amounts to a come-visit-Universal-Studios ad. But the extras in this case are just window-dressing. The reason to see The Sting is to luxuriate — either again, or if you're really lucky, for the very first time — in the confidence of the con.