Accessibility links
Ray Bradbury: Finding Our Reflections Where We Didn't Expect Them Peter Sagal remembers Ray Bradbury as one of the writers who wrote the stories of his science-fiction childhood. He notes that the author was always showing us "our reflections in very strange places." 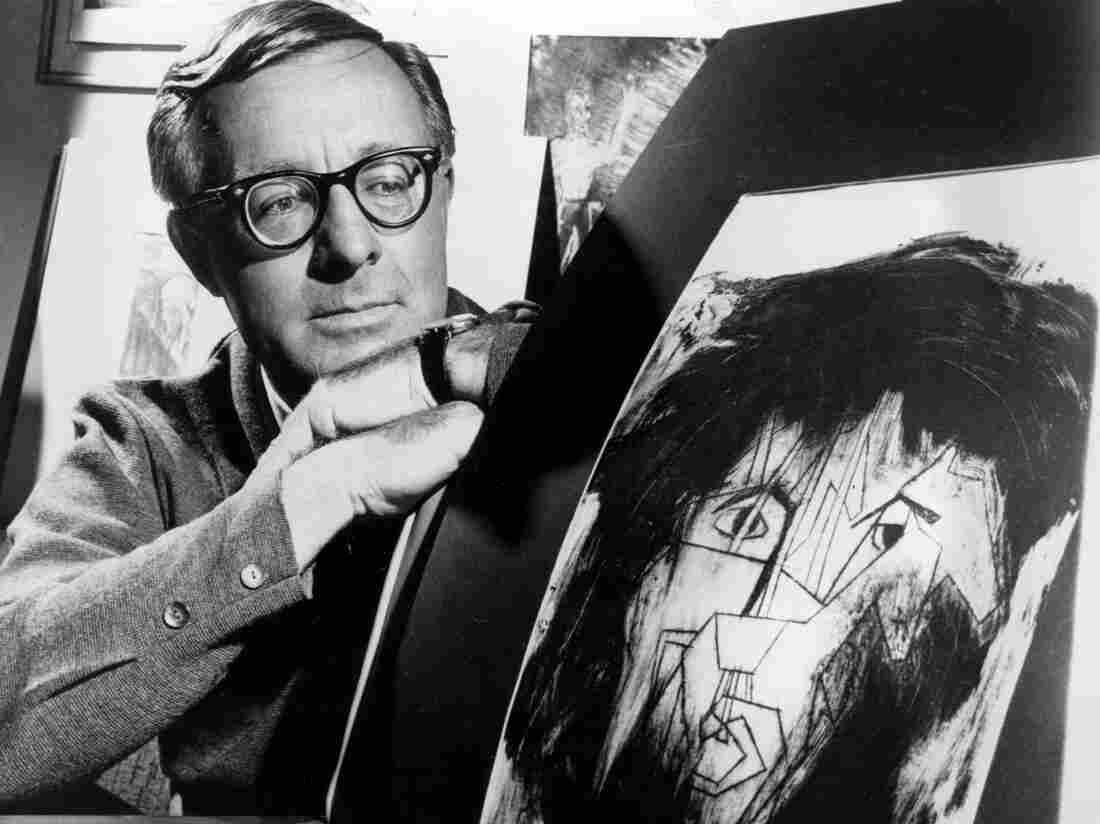 This 1966 file photo shows science fiction writer Ray Bradbury looking at a picture that was part of a school project to illustrate characters in one of his dramas. AP hide caption 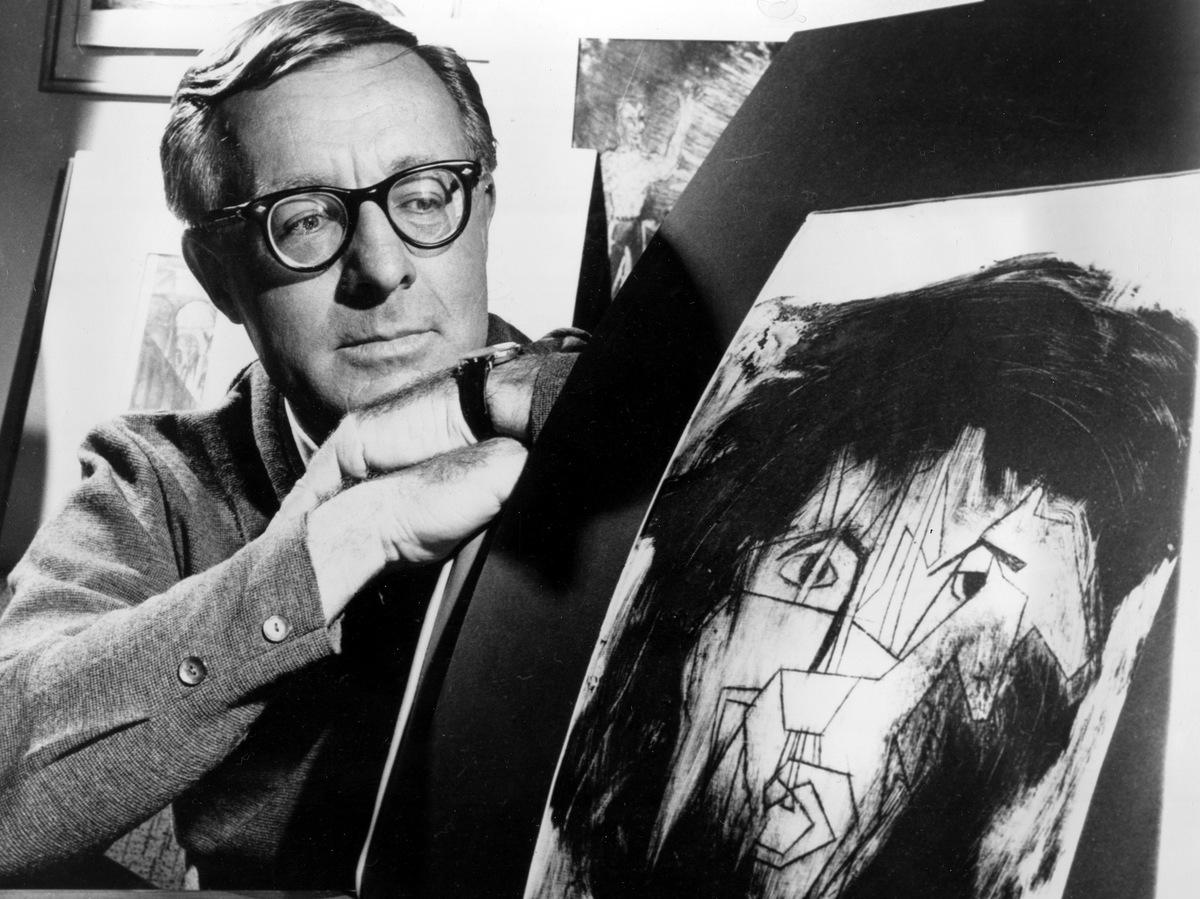 This 1966 file photo shows science fiction writer Ray Bradbury looking at a picture that was part of a school project to illustrate characters in one of his dramas.

Heinlein, Asimov and Bradbury; they were the tripod (invasive, moving, with lasers) on which my science fiction education was built in the 1970s. This was somewhat self-selected, because once you — or I — grew out of Danny Dunn and Journey to the Mushroom Planet and Tom Swift, Jr., they were the inevitable destinations, the planets with the heaviest gravity wells in the sci-fi solar system.

Heinlein was story, adventure, politics, action. My favorite of his was Glory Road, an unabashed tribute to swords and swashbuckling on foreign planets in the vein of John Carter, but I was also freaked out by the parasitical brain worms of the Puppet Masters, confused but intrigued by the patriotic, slightly fascist future state of Starship Troopers, bemused and confused and excited by the weird sexual politics of Stranger In A Strange Land and Time Enough for Love.

Asimov was ideas, millions of them, based on physics, psychology, speculation: what if a civilization had never seen the stars? ("Nightfall.") What if social science became so powerful it could predict the future? (Foundation.) What if Asimov could actually write as well as he could think?

And Bradbury was people. Kids in a long-gone Midwestern town (based on a town not far from where I write), firemen who reluctantly burned books, and of course astronauts, travelers, people who went to other planets only to find themselves. That is, in fact, the ending of my favorite Ray Bradbury story, "The Million Year Picnic," the last story in The Martian Chronicles. A family from Earth arrives on Mars, after a nuclear war has wiped out life here. The Dad offers the kids a chance to see Martians; the story ends as the family looks into a canal, seeing their own reflection in the water, and the Dad says [something like]: "There they are. Now we are the Martians."

Bradbury's message was that of Buckaroo Banzai: Where ever you go, there you are. His characters were not Heinlein's steely-eyed adventurers and enlightened beings, or Asimov's two-dimensional mouthpieces. He wrote about real people in far away places and times, and with him it was always easiest to see how these strange books with rockets on the covers weren't really about anything but us, all of us, staring at our reflections in very strange places.

I never encountered Heinlein, who died in 1988, but I met Isaac Asimov at the World Science Fiction convention in 1980 — he was garrulous and loud and liked to French-kiss young women he had just met — and I got to talk to Bradbury, when my high school English teacher arranged to get him on the phone to talk to us. (I realize now how generous this was of him.) I remember trying to be clever and embarrassing myself with my enthusiasm and my eagerness to show him how much I knew and loved his books; and how gracious he was, and forgiving, in response.

Now they are all gone. Now young people who are now as I was then are growing up with JK Rowling and Neil Gaiman and others (most of whom, I'm sure, I don't know about, as I have moved on to adultish things) and someday — far away may that day be! — when these children grow up, they will read the obits of those men and women and feel as sad and bereft as I do now. Because it is these writers who mapped where to find — to pay tribute to another lost icon of my childhood — where the wild things truly are. The wild things are right here, and they have been all along.