Accessibility links
High Schools Grads 'Scarred' By High Unemployment A new report by Rutgers University shows only 27 percent of recent high school graduates who are not enrolled in college have full-time jobs. Many young people with only high school diplomas say their hopes for the future have been dashed by the high cost of college. 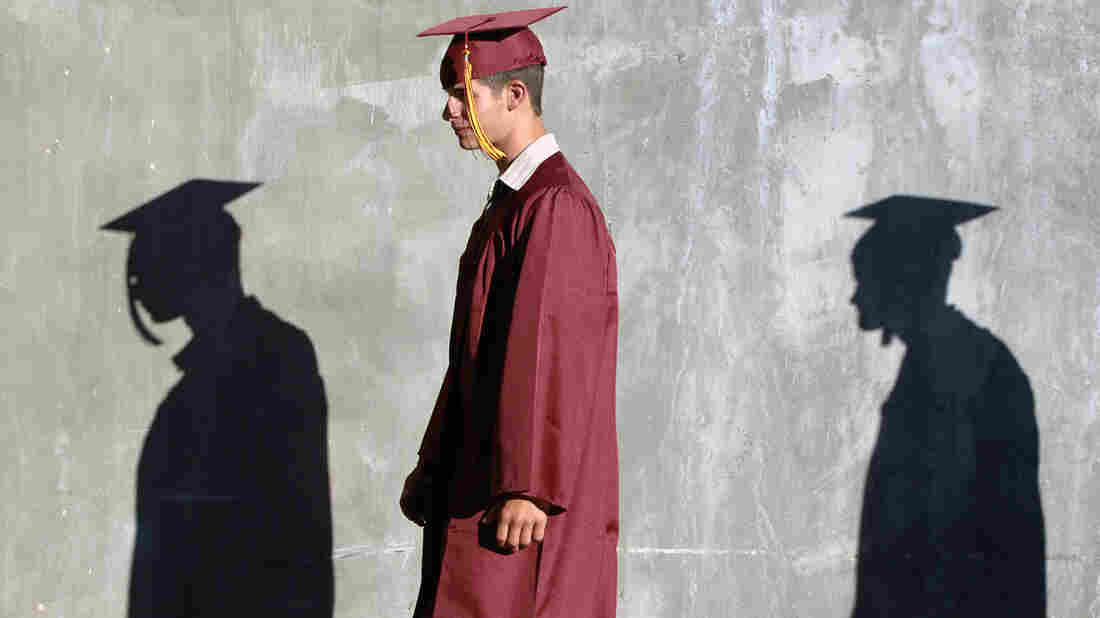 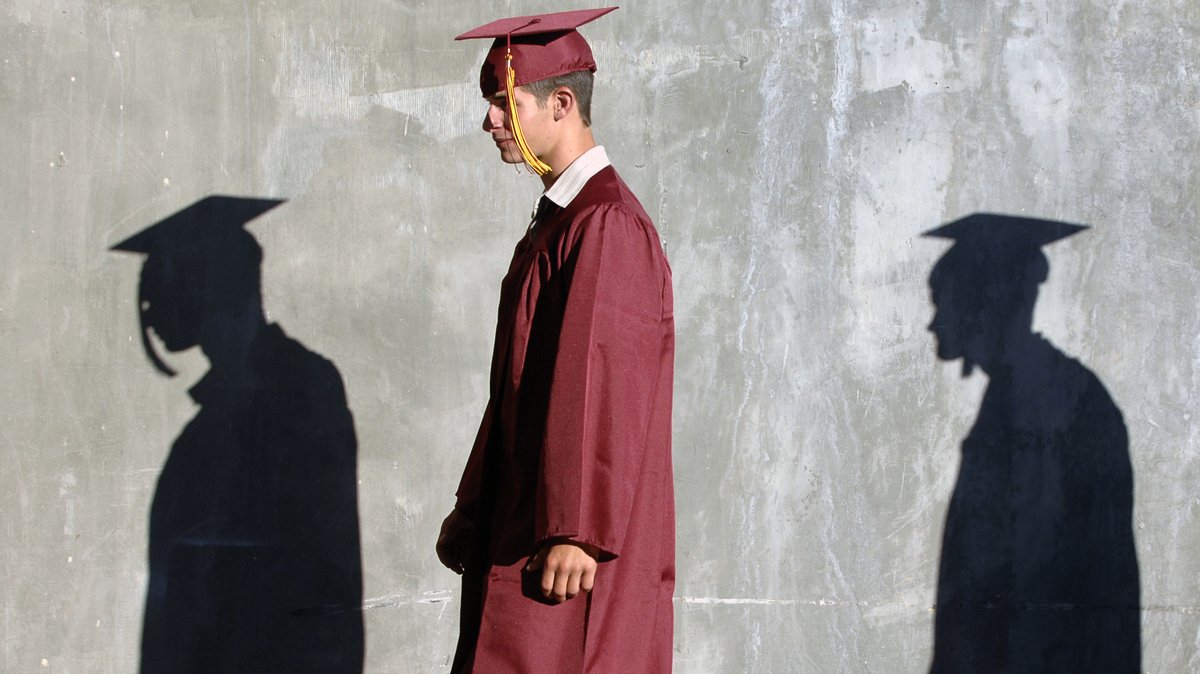 The job market is still bleak for young people with only high school diplomas. Nearly half of high school graduates are still looking for full-time work, according to a new report by Rutgers University's John J. Heldrich Center for Workforce Development.

The national survey interviewed 544 recent high school grads from 2006 to 2011 who are not in college. Researchers say their hardship may have long-term emotional and financial consequences.

Valerie Peterson, 23, lowered her expectations a long time ago. Unable to afford college and trying to find work with just a high school diploma during the recession in Columbus, Ohio, she had no choice.

But she still has trouble getting her head around the reality of working the overnight shift at a gas station, earning an extra 50 cents over minimum wage — better than some of her old jobs at RadioShack and Wendy's, but still a long stretch from her dream to start and run a business.

Full-time employment among recent high school graduates decreased dramatically during the recession, according to a new study by Rutgers University's Heldrich Center for Workforce Development. Researchers surveyed a national sample of 544 graduates, most of whom believe they are underprepared to enter the workforce.

'Eking Out A Living'

Zukin says it's not surprising that less than half believe they will ever achieve the American dream of doing better than their parents.

"This is a huge swath of American youth that have no economic prospects right now for doing anything better than marginally eeking out a living," Zukin says.

'Something's Got To Give'

Like most others surveyed, Neetasha Thomson, 24, of Memphis, knows she needs to go to college to get ahead, but she can't afford it.

She managed to go for just one year. Five years later, she now works 50-plus hours each week at Wal-Mart and FedEx to pay down that debt. Thompson applied for aid last year to go back to college again, but she found it still too expensive. But she is saving and planning to try again.

But Thompson, like the majority of those surveyed, believes it will take many years before she is financially stable enough to think about the big life milestones, like buying a home or starting a family.

Over the long term, Zukin says, this generation will likely be "permanently depressed," emotionally and economically. These recent high school graduates may never earn as much money as "people who came before them or people who came after them," he predicts.

Zukin was also struck by the number of young people who said the most important thing they were looking for in a job was job security. At 24 years old, he says, you don't say that unless you've been scarred.